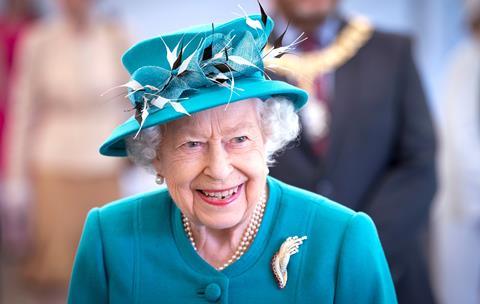 Queen Elizabeth II became patron of Bible Society in 1952, shortly after she acceded to the throne. She was patron of many charities, and took an immense interest in them all. We wouldn’t want to suggest that we were especially favoured, although she donated personally to us every year. But we do know that her faith in Jesus Christ was central to her life.

Her relationship with the Bible was underlined at her coronation service, itself a profoundly Christian event. During it she was given a Bible, described by the Moderator of the Church of Scotland who presented it to her as “‘the most valuable thing that this world affords. Here is Wisdom; this is the royal Law; these are the lively Oracles of God.”

The Queen attended church weekly when she was able and prayed daily. In her Christmas addresses she frequently mentioned her faith and referred to stories from the Bible. One of her favourites was the Good Samaritan. For her, it expressed something deeply profound about our duty to those in need. In 2004, she used it as an example of reaching across the barriers that often divide our society, saying: “Everyone is our neighbour, no matter what race, creed or colour.”

In her 2000 broadcast she told the watching millions: “To many of us, our beliefs are of fundamental importance. For me, the teachings of Christ and my own personal accountability before God provide a framework in which I try to lead my life. I, like so many of you, have drawn great comfort in difficult times from Christ’s words and example.”

And she did know difficult times. There were instances in her family life when her duties as a monarch must surely have conflicted with her most human instincts. She made a state visit to Ireland in 2011 and reflected on the tragedies of the Troubles that cast such a long shadow; the IRA had killed her cousin, Lord Louis Mountbatten, in 1979.

But that Christmas, she used her address to speak of forgiveness, saying it lay: “at the heart of the Christian faith. It can heal broken families, it can restore friendships and it can reconcile divided communities. It is in forgiveness that we feel the power of God’s love.” The following year, she met and shook hands with former IRA commander Martin McGuinness.

Above all, the Queen was admired for her sense of duty. On her 21st birthday, she said in a speech broadcast to her future subjects that “my whole life - whether it be long or short - shall be devoted to your service.” For her, this too was discipleship. In 2010, she told the Church of England General Synod: “At the heart of our faith stands not a preoccupation with our own welfare and comfort but the concepts of service and of sacrifice as shown in the life and teachings of the one who made himself nothing, taking the very form of a servant.”