Service: Why the Queen embodied the most scandalous notion in human history

Though she lived an intensely public life, the Queen had a deeply private faith. And through it, she modelled the classic Christian virtues of prudence, justice, fortitude and temperance. We would do well to follow her example, says George Pitcher 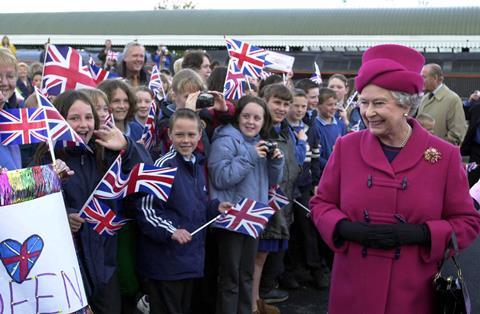 On her 21st birthday, Her Majesty Queen Elizabeth II famously vowed that “my whole life, whether it be long or short, shall be devoted to your service.” We know now that the burden of that promise was carried for a very long time indeed, to the priceless benefit of her nation and the commonwealth.

Less often quoted from that same 1947 speech is her exhortation to build a better world – “more free…more happy” – after the darkness of the second world war. “To accomplish that we must give nothing less than the whole of ourselves,” she said. “There is a motto which has been borne by many of my ancestors - a noble motto - ‘I serve’.” Giving the whole of oneself to service; that could be a seven-word summary of the Christian faith.

Private faith no longer informs public life, whether for elected parliamentarians or unelected leaders of the Church

The motto ‘I serve’ emerged from legends surrounding the Black Prince and the 14th Century House of Plantagenet in its German original Ich dien. But the roots of it are nourished far further back, in the very fountainhead of the Queen’s Christian faith, the gospel promise of the Christ: “The Son of Man did not come to be served, but to serve, and to give his life as a ransom for many.” (Matthew 20:28).

This, as they say, changes everything. The idea that the served serve, the exalted humble themselves and the last shall be first is perhaps the most radical and scandalous notion in human history. And these are tenets of faith that the Queen took wholly seriously.

She understood that to serve God and other people aren’t separate undertakings but the self-same act. In her first Christmas address in 1952, just ahead of her coronation, she underscored this belief, asking her subjects to pray for her “that God may give me wisdom and strength to carry out the solemn promises I shall be making, and that I may faithfully serve him and you, all the days of my life.”

Hers was a reign modelled on this idea. As we mourn her passing, we look back not only on a public life well lived, but on one that shows what servant ministry really is.

The first characteristic we might identify is that the act of a servant doesn’t need to be servile. Servility in any event is a challenge for a monarch surrounded by flunkies and staff, ferried between palaces and bedecked with jewels of state and sovereignty!

Self-sacrifice is a gift of grace; it’s the ability to show that a life can be lived in the service of others rather than oneself. And there is a potent power in that because it reflects the divine power, emptied into the incarnation to share the pain of human existence; the power that stands in defiance of the oppressive and temporal, embodied in figures such as Pontius Pilate, and declares: “My kingdom is not of this world… my kingdom is from another place.” (John 18:36).

It was that kingdom our Queen chose to serve, over and above the one she inherited in this world. To do so is both to engage intimately with the world in service and to distance oneself from it in faith. It’s about keeping one’s own counsel even - and especially - when she was surrounded by counsellors.

Giving the whole of oneself to service; that could be a seven-word summary of the Christian faith

When the Mother of the Christ, Mary, is challenged by her vocation, she is recorded in scripture to have “pondered these things in her heart.” (Luke:2:19). One recoils instinctively from comparing our late Queen with Mary – at best anachronistic, at worst heretical – but a private faith was indeed about pondering things in her heart. It’s why the Queen never gave interviews and exhibited much of the attitude inherent in her rubric: “never complain, never explain.” To be the mother of a nation is to acquire the patience of angels.

These are all qualities of a public life lived in private faith – servant ministry, self-sacrifice, humility, reticence. They are resonant of the four classical, cardinal virtues of character, coined in the ancient Greek school by Plato and Aristotle and appropriated for the Christian life by Augustine and Aquinas: Prudence, justice, fortitude and temperance.

They are hard to maintain under intense worldly pressure and in the public eye, but the Queen’s self-discipline made a decent fist of it, even during an annus horribilis or two. They are not qualities of character that lead to faith, but which arise out of it.

How little they are displayed these days in the parliaments over which she governed as Head of State, or in the Church of England over which she presided as Supreme Governor. That may well be because private articles of faith no longer inform public life, whether for our elected parliamentarians or the unelected members of the Body of Christ that lead the Church.

But there’s a depressive feeling that they are qualities that seem to have died with the Queen. More’s the pity that political and religious leaders don’t seem to know where to find them. But, for Christ’s sake, they’d better start looking.