Devout, relaxed and friendly: Tom Wright recalls his 36 hours with The Queen 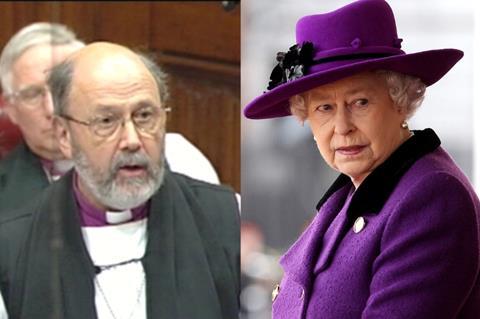 The most amount of time I spent with her late Majesty was when I was preaching for her at Sandringham, which is where The Queen and The Duke would spend their Christmas holidays.

During January and early February they would invite various bishops to come and stay with them for the weekend and preach on the Sunday. One would turn up on the Saturday afternoon, and then have 36 hours there. It was delightful.

The Queen and the Duke made it so natural and easy for me to be with them. I had to pinch myself and remember this is actually the Queen and the Duke of Edinburgh. They were a very similar age to my own parents. So the sorts of things they would be doing on a Saturday afternoon, whether watching the news, or playing a card game, would be very similar to what I used to do in my own home.

There were various formalities about how things were done, but the Queen herself was very relaxed. Whether it was welcoming another guest, or conversations over dinner, or taking the corgis out for a late night outing before bed, there she would be, walking along the back corridor, and saying goodnight to people.

After the service on the Sunday, we had a delightful and rather quirky conversation. I had prepared a sermon on the official readings, but the person who stood up to read the second lesson, read the wrong lesson. It was a completely irrelevant bit of Mark’s gospel, but nobody seemed to notice except me as the preacher! I explained to Her Majesty afterwards, and she was really quite intrigued by this little glitch which had happened, and which nobody else had noticed.

A Queen who preached the Gospel

She was very friendly and clearly a very devout, what we would consider ‘old fashioned’ Church of England Christian.

I remember thinking during more than one Christmas broadcast, she has just preached the gospel to the nation in a way that perhaps nobody else could have done.

I was a small boy when the coronation took place, and I remember being taken down to the town square. We lived in the far north of England, and there was a ceremony. My sister and I were both given coronation Bibles, and I think we had coronation socks and a coronation mug.

I remember when she was presiding at the opening of General Synod and there was a communion service in Westminster Abbey. She expressed great surprise afterwards because the way communion was distributed was by people simply walking forward in a line and receiving communion without kneeling down, whereas she was used to receiving communion while kneeling down. Kneeling was important to her, and worshipping was something to do with your whole body.

A life of service

Her service was extraordinary. To say when you’re 25, “I’m going to dedicate myself to you, my people”, and then to spend the next 70 years doing it is an extraordinary example, which very few countries in the world have ever had.

We should be grateful to live in this extraordinary country that we have almost taken for granted. But at a time like this, it’s clear, we can’t take it for granted.

I think we’ve been extraordinarily lucky in the Church of England to have a Monarch who is the titular head of the Church, She’s inhabited that role extraordinarily, effectively. When one thinks of some of the people who have been notionally 'Defender of the Faith’ before - some of the Kings over the last 400 years - one shudders at the thought of them being hailed as head of the church.

At a time when people are very inclined to sneer and poke at any inconsistencies in the behaviour of people in public life, she has set an extraordinary example. It’s not easy for anyone to follow that. We can’t look into the private thoughts of her successor, but King Charles III is himself a man of faith. I’m sure he will see his mother’s example as something remarkable to live up to.

We thank you for Queen Elizabeth II.

We thank you for her life, her dedication, her example of following Jesus faithfully through to the end.

We pray now that she may rest in peace and rise in glory in the final new creation which you have promised.

We pray for King Charles III and all those who advise him and for the whole royal family, that throughout this time of mourning, they may know your presence, your love and your peace.

We pray for our country as we move through this extraordinary transition, that we may find faithful ways forward into a new day of more fidelity, more devotion, and more service to one another and to you.

We pray in Jesus name.