Explained: Why Hillsong’s Brian Houston has been charged with covering up sex abuse 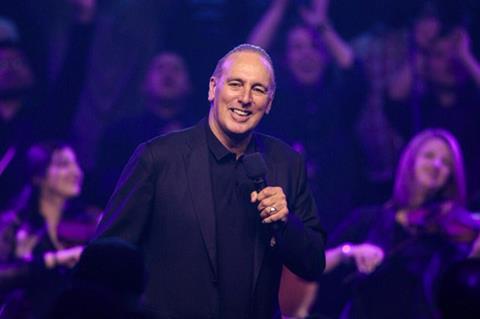 From the sacking of New York pastor, Carl Lentz, for “moral failures” to allegations of financial impropriety and a BBC documentary that painted the organisation in a less-than flattering light, it’s been a tough twelve months for Hillsong. Now the founder, Brian Houston, has been charged with allegedly concealing information about child sex offences by Australian police.

What does this development relate to?

Back in 1999, Brian Houston, founder and leader of the Hillsong network of churches, was made aware of allegations of sexual abuse against his father, Frank Houston.

Brian confronted his father about the allegations, which dated back 30 years. Frank Houston confessed to sexually abusing a boy in New Zealand in the 1970s, leading Brian to dismiss him from his ministerial and preaching positions with the Assemblies of God Australia group of churches.

More recently the Royal Commission into Institutional Responses to Child Sex Abuse has been looking into the case, and has concluded that Brian Houston failed to report the abuse to the relevant authorities, suggesting that there was a conflict of interest due to their father/son relationship.

Why are the police getting involved now?

In 2015, the commission heard that Frank Houston abused a number of individuals during the 70s and 80s. He died in 2004 and never stood trial for the offences.

The commission concluded that the church leadership team, which Brian Houston led failed to follow the established complaints procedure, interview the victim about his abuse or give him a designated contact person, didn’t interview Frank Houston, and didn’t record any of the steps it took to deal with the allegations.

New South Wales police have been investigating the case since 2019 and have now provided evidence to the Office of the Director of Public Prosecutions that a crime has been committed.

It means Brian Houston will be summoned to court in October.

What has Brian Houston said?

Houston has referenced this part of his life in numerous interviews and has always insisted that he acted quickly and correctly in disciplining his father while honouring the wishes of the victim.

Brian Houston said in a statement: “These charges have come as a shock to me given how transparent I’ve always been about this matter. I vehemently profess my innocence and will defend these charges and I welcome the opportunity to set the record straight.”

In a recent statement on the Hillsong website, the church said: “Upon being told of his father’s actions, Brian Houston confronted his father, reported the matter to the National Executive Assemblies of God in Australia, relayed the matter to the governing board of Sydney Christian Life Centre, and subsequently made a public announcement to the church. Brian sought to honour the victim’s multiple requests not to inform the police.

“The statements made by the victim to the Royal Commission in 2014 corroborate this timeline and the fact that the victim did not want the matter reported to the police. The law at the time granted an exception to reporting a crime of this nature when a person had a reasonable excuse not to report. This state law has since further clarified that this type of situation – when an adult victim of child abuse explicitly does not want the matter reported – qualified as a reasonable excuse under the law.”

The Hillsong church said it was “disappointed that Pastor Brian has been charged”.

“We ask that he be afforded the presumption of innocence and due process as is his right,” the church said in a statement, before thanking people for their prayers and support.

Houston has also alleged that other individuals were privy to information relating to the abuse before it was brought to his attention.

Houston, who has been living in the USA for the past few months, will return to Australia to appear at court on 5th October, charged with concealing a serious indictable offence.

Whether Houston pleads guilty or not guilty will determine the next part of the legal process.