The BBC’s Hillsong documentary makes for uncomfortable (but important) viewing

With their size, scale and recent scandals, it’s no surprise that the BBC chose to investigate Hillsong Church, says Tim Bechervaise 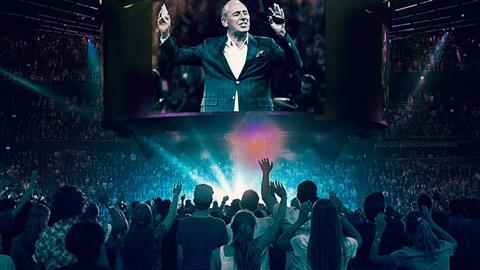 The numbers are mind-boggling.

Hillsong Church is based in 28 countries, across all continents except Antarctica. Hillsong Music has sold 55 million albums, and its songs account for 6.1 billion streaming minutes per year. Meanwhile, Hillsong Church’s annual income is $150m per year.

It is little wonder that the BBC decided to commission a documentary called Hillsong Church: God Goes Viral looking at its success - and its secrets. While the documentary does profile the genuine transformation that people have experienced through the church, this is ultimately overshadowed by its apparent shortcomings.

The documentary - directed, filmed and produced by Nick Aldridge, who in an early question admits that he isn’t a Christian - darts around the globe speaking to Hillsong leaders, including global senior pastors Brian and Bobbie Houston.

It also features people who have left the church, and this frames the criticisms and failings that many will be familiar with. It starts with the oft-levelled accusation that the church is preoccupied with numbers, money and the lavish lifestyles of its leaders. Brian Houston is even accused of paying someone $50,000 to learn how to be more like an American megachurch - a claim he strenuously denies.

It then moves onto Frank Houston and Carl Lentz. The former, Brian’s late father, headed up Assemblies of God in New Zealand until 1971 (Hillsong Church grew out of Assemblies of God in Australia). Frank Houston is accused of child sexual abuse, and Brian is under investigation for not reporting to the police what he knew of his father’s behaviour. The latter is Carl Lentz, who was sacked as pastor of Hillsong NYC in 2020 for marriage infidelity.

Where is the care?

In his first interview since news of Lentz’s behaviour broke, Brian Houston admitted the leader was “narcissistic”, adding that: “I’ve had concerns and many conversations over the years with Carl.” It begs the question: Given the standard required of Christian leaders, why wasn’t action taken earlier? It also speaks into a larger question posed by the documentary: Are people in the church getting the care and discipleship they need, from volunteers to senior leaders. An interviewee says that “Hillsong thrives on volunteers”, but an accusation is made that they can be overworked and underappreciated (although this would probably be echoed by all church volunteers everywhere!)

Meanwhile, the documentary features the testimony of Elizabeth Hernandez, who was sexually assaulted twice while in the military. She went on to rediscover her childhood faith through Hillsong, and has clearly been impacted by the church. Her willingness to forgive those who attacked her is immensely powerful. However, there’s always the sense that deep questions lie unresolved - which Aldridge seems to sense. The programme closes by saying that Elizabeth has since left the church. No reason is given.

In one sequence, the wife of someone abused by Frank Houston looks on in disbelief as Bobbie Houston tactlessly shares before an audience how a manicure, pedicure and massage helped alleviate the stress of the accusations facing her husband. It doesn’t look good, and perhaps reflects a church sometimes out of touch with the realities of ordinary people’s lives.

Early on, the documentary features a slightly awkward moment when Aldridge asks a pastor: “What’s important about praying and believing?” After a long silence, the pastor begins to respond, but the answer is unsatisfactory. He has admittedly been put on the spot, but in some ways it felt symptomatic of a church that maybe doesn’t engage enough with the difficult questions of faith, theology and life. In 2019, former Hillsong Church worship leader, Marty Sampson, announced that he was “genuinely losing his faith”, claiming that people weren’t talking about the difficult questions.

This isn’t to detract from all of the good about Hillsong Church. The documentary doesn’t hide this, although more attention could certainly have been given to two areas in particular. The first is the broad range of initiatives that the church supports, including work with the elderly, refugees and charities such as the A21 campaign, founded by Hillsong member Christine Caine. The second is Hillsong Music, which was barely explored. This was a surprising and disappointing oversight, given that its music is enjoyed and used by millions globally.

Secular documentaries on Christianity often have a sceptical bent, but they can be invaluable for exposing deficiencies and sounding warnings. Hillsong Church: God Goes Viral certainly does this - not just for Hillsong, or other megachurches, but all churches. Watching it can be an instructive exercise for all of us. As a church leader myself, I felt deeply challenged.

Hillsong Church’s high profile makes them an easy target for criticism. Clearly there are urgent issues that need addressing, but we must remember that, regardless of our church affiliation, they’re also family. Hillsong Church is here to stay, and I cannot imagine the pressures that accompany leading a church of that scale or profile. And given their global prominence, they have an influence that can truly be instrumental for the growth of God’s kingdom. They need our support and prayers.