From the editor: Why we're saying black lives matter 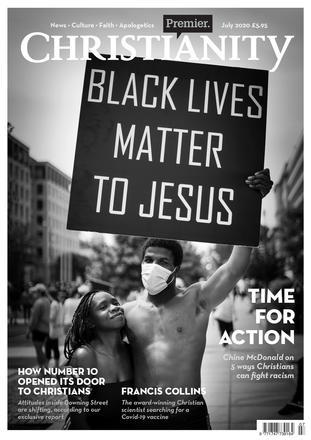 In recent years, the editors of this magazine have avoided publishing overly opinionated editorials. We’ve seen our job as providing a space for all sides of a conversation to be heard on the biggest issues facing the Church and culture. We’ve tried hard to ensure our personal opinions are largely left to one side, allowing you to make your own mind up.

This is an editorial position I’ve wholeheartedly endorsed and would still defend. But sometimes you need to take a stand for what’s right.

I know the five biggest words on our front cover could be misunderstood. Some will accuse us of ‘going liberal’, ‘virtue signalling’ or jumping on a political bandwagon.

But when it comes to my own attitude towards racism, I’ve made some decisions. No more defensiveness. No more excuses. No more deflecting.

The past attitudes of many white Christians, myself included, have been sinful. We’ve doubted the stories of racial injustice, even when they’ve come from our friends: “Was that really racism, or were they just being overly sensitive?”

You can pour scorn on the reality of institutionalised racism all you like, but when you phone all of your BAME friends and every single one of them tells you similar stories – of overt racism and of more subtle prejudice – you can’t bury your head in the sand any longer. We have a problem.

Another common reaction among white Christians has been to change the subject. When this magazine has posted articles about racism on our social media channels, some commenters have argued back, saying abortion is a greater injustice. “Why aren’t you talking about that?” they ask us. We’ve actually published hundreds of articles and blogs on the tragedy of abortion. We will continue to do so. Can’t we talk about race as well?

Perhaps we’re afraid of naming and dealing with the sin of racism because it’s so much closer to home than anything else. It’s always easier to condemn the sins you don’t struggle with and haven’t been complicit in.

There’s no such thing as a perfect movement or organisation, and I’m aware that Black Lives Matter founders have indeed aligned themselves with some ideologies that many Christians would disagree with. But when we – and most others – say “black lives matter” we do not endorse every opinion of that organisation’s founders. We simply acknowledge the tragic reality that racism has flourished within the structures of Christianity, and we vow to stamp it out.

Racism is not a subject that Christians can agree to disagree over. It’s a gospel issue. Black lives matter to Jesus.