How I overcame my fear of death

Do you secretly fear heaven won’t be as good as your life here and now? You’re not alone, says Mike Williams, but it was not this way for the early Church, and it need not be for us 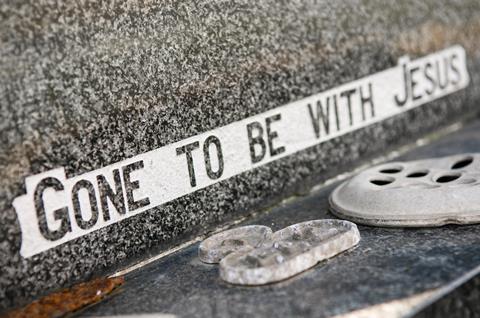 I’m convinced that sometimes, the worst case scenario is the best thing that could possibly happen to you. If you are trapped in the fear of death, or have an extreme reluctance to even think about it, I believe there’s a better path.

I know because I’ve lived there - in fear, that is. Heart racing, hands sweaty, unable to focus on anything except an overwhelming dread and an impulse to run. Every twitch, headache, stomach complaint or sense of weakness alerted me to the reality (or so I thought) of my impending death. At the time I thought I was going crazy, but my symptoms were not the result of an actual physical illness but panic attacks. My imagination - which as a child would fuel joyous creativity - had been hijacked by hypochondria. And my Christian upbringing wasn’t doing much to counter it.

Have you been there?

In Colossians 1:5, Paul commends the church for their “confident hope of what God has reserved for you in heaven” (NLT). It appears the Colossian believers had at least two things I did not: a semblance of an idea of what God had reserved for them in heaven, and confidence about that promise.

That’s right, I was that Christian with no idea, and no confidence. The result was fear and avoidance.

Eventually, I realised that to overcome my fear, I needed to go back to the Bible. I needed to draw upon the truths that shaped the faith of those early believers. Sure enough, as the Holy Spirit led me through passage after passage and ministered to my mind and soul, my confident hope increased. I was able to overcome this great battle of the mind with scriptures I had not really digested before. And I gained some weapons for future battles too.

Can I ask you an honest question? How would you rate your own confidence about heaven?

Not lacking in enthusiasm

Heaven is one of the most underplayed aspects of the gospel in the contemporary Church.

It receives a light touch at Easter or funerals perhaps, but it’s far from integral to our teaching. As a result, many Christians live with staggeringly little knowledge about God’s eternal vision for us. We are well versed in the gospel that deals with our past. We are dialled into the idea of living the kingdom on earth, today. The missing piece it appears to me, is an enthusiasm about what comes next.

Paul did not lack this enthusiasm. Writing to the church in Philippi, he declared: “For to me, to live is Christ and to die is gain.” (Phillipians 1:21) Wow! Paul was content with either outcome. He would gladly continue serving others during his lifetime or he would die without a shred of dread, just as Christ did, knowing that what was coming to him was, in every way, gain rather than loss.

How was this possible? Paul had received the confident hope. For Paul, death was his best case scenario. He wasn’t driven to use God’s gifts to ensure he avoided it at all costs. Jesus had transformed his outlook on the future and released him to be generous in the present. And Jesus can do that for you and I too. Death is not something Christians need to be scared of.

You can receive this confident hope too, if you’re willing to go on a journey with the Holy Spirit into the Bible. Explore its promises and you will find the truth you need to respond to fear the next time it calls. You won’t be transfixed on a moment to avoid, but rather a moment to embrace.

I once heard a story about a lady who died in this way during a church service.

The first thing you should know is that this lady had a friendship with Jesus that spanned decades. This was no religious exercise. She knew him so closely that she was different. You know the kind of Christian I mean? Her joy and faith were infectious. She had found Jesus when she was a young woman and successfully cultivated a friendship with him, resulting in a pretty full experience of life. Both the young and old loved to be near this lady to catch her faith and feel the love.

Death is not something Christians need to be scared of

Secondly, the church service was buzzing. It was not one of those solemn, quiet services, this was like a rock concert. After a half hour or so of singing her heart out in the front row of church, she sat down next to her best friend, leaned into her and whispered the words: “Isn’t Jesus lovely?” and beamed. Before her friend could respond, this lady’s eyes had closed, and moments later, she had left. Her body was still on the front row, but she was somewhere else, almost definitely still singing.

Jesus did not let her fall in that moment. He was present throughout. She embraced paradise hand in hand with her beloved saviour, without a blemish or stain.

May we follow her one day, captivated by Christ and free of any fear. And may you know, every day from now on, that to die is gain, heaven is better and death is not something to be scared of.

Michael WilliamsMichael Williams is part of the leadership team of the One Church Network within the Assemblies of God, and together with his wife, Dani, has been the location pastor in Bristol since 2007. Mike is the author of Dying to Get There: A vision of heaven to transform our lives on earth (Instant Apostle).