New proposals from super rich football clubs have been widely condemned, especially by fans. Andy Peck explains what has happened, and why Christians should care 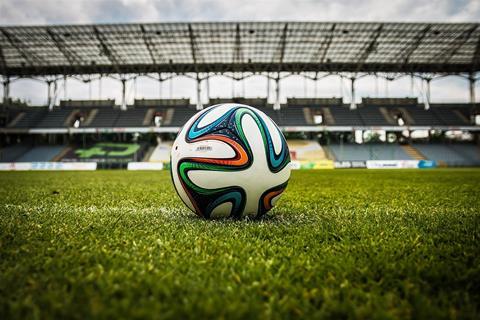 Football fans are reeling from news that top Premier clubs are joining a so called ‘European Super League’ that would run midweek in opposition to the current UEFA Champion’s League, possibly from August this year. It would involve six Premier league clubs, Manchester City, Manchester United, Liverpool, Chelsea, Arsenal, and Tottenham Hotspur (some of the biggest and wealthiest already) three from Spain and three from Italy. The move effectively creates a cartel of the best teams, able to increase their wealth from TV money, with no relegation for founding members.

The announcement has been met with outrage as the great and the good, past and present players and managers have condemned the avarice that led to the clandestine scheming behind the backs of the European football authorities.

This is seismic news in the world of football, certainly the biggest change since the introduction of the Premier League in 1992 and has been widely condemned by the governing bodies within the game, who threaten the clubs with expulsion from domestic leagues and the players with not playing at the World Cup.

At one level this could be seen as the natural consequence of football clubs being owned by overseas billionaires who see the team as a business venture and are looking for guaranteed income to offset losses during Covid. The ‘beautiful game’ became ugly a long time ago! Whatever the league structure footballers won’t starve. The average monthly salary of a Premier League player is around £240,000 a month. Why should Christians care?

I think there are three elements that give us pause for thought.

1. We all want a level playing field

The Bible does not condemn wealth and riches per se, but is concerned that it is obtained justly. Each of the teams in the league became who and what it is, because of the league structure in which it was a part. Having reached the summit they are then removing the ladder on which they climbed to prevent anyone joining them. These owners have not formed separate clubs and offered large salaries to players to join them: they have traded off the sense of place and history that made the clubs worth following in the first place, and ditched the clubs they competed against.

Any ‘closed shop’ has to be suspect, whatever line of work this is in and especially ones which essentially deprive others the benefits of their labour. The Bible prophets railed against injustice and I suspect (were he alive) Amos would be clearing his throat.

Psychologists tell us that our capacity to socialise with others is formed partly through playground games. We learn to submit to the rules of the game knowing that we can enjoy competing and getting better ourselves, but only when others do the same. The importance of not cheating is learned first on the football field before practised in the covenant of marriage.

I believe the outrage reflects our God given conscience and sense of right and wrong: this doesn’t smell right – here are rich owners that are changing the very rules we play by.

The massive irony here is that in this proposal the Premier League is having a taste of its own medicine. Back in 1992 it had exercised a similar approach when it created a league of 20 clubs, and was able to negotiate TV rights separate from the rest of the leagues (now known as Championship, League One and League Two). Even as an Everton fan, and with my team part of the 20, I was disgusted at the scant regard they had for the league structure, that would mean smaller clubs becoming potentially less viable. The pursuit of money, outside of an ethical framework, will come back to bite you, and now it has, though in fairness, in 1992 the Premier League did remain within the pyramid structure of the Football league, unlike this so called ‘Super League`. But as the writer of Ecclesiastes puts it: “Whoever loves money never has enough; whoever loves wealth is never satisfied with their income” (5:10).

3. Idols will always let us down

At various times in my life, football has mattered more than it should. We try and gloss over our passions as trivial and I am not arguing that loyalty to a football team is wrong. But when we dislike people based on their allegiance and get over upset because our team loses, we know we have some heart work to attend to. Anything displacing God in our lives will not satisfy and so in a perverse way, the outrage against this plan is a reminder to Christians fans of the so called ‘super six’ and all clubs, that football clubs are really not worthy of our worship and will one day come crushing down.

But whether that happens anytime soon, remains to be seen. No doubt there are more twists and turns to come.

Andy PeckAndy Peck is editor at large at Premier, hosts The Leadership Show on Premier Christian Radio and has suffered as an Everton fan since 1971.