From faith to unbelief…and back again

Jim Thring became a Christian as a young adult. He then lost his faith and spent nearly ten years as a committed atheist. He explains what brought him back 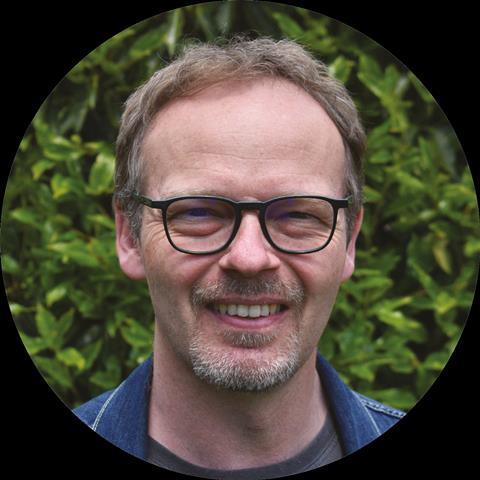 I was brought up in a very loving household in east London, and became a Christian at university, aged 19, almost accidentally. I met some Christians and one of them kept talking about this place called Menzieshill. It was a sunny afternoon and she said: “Would you like to come? We’re all off there.” And I agreed, because it was a really nice day to go for a walk.

I found myself sitting in the back of her car with my friend Ian and I asked him what this hill was like. He looked at me incredulously and said: “Menzieshill is the name of a church.” I thought: How on earth have I allowed myself to go to church? This is ridiculous!

Nevertheless, I was interested and I started to ask questions about life’s purpose. It was like being a child again; I had a chance to do life a second time around. When I later lost my faith, people questioned whether I really was a Christian in the first place. But the answer is yes, I absolutely was a Christian. This wasn’t a nominal Christianity. It wasn’t something I inherited from my parents. It was a decision that I made. And at that time, I assumed I would live it for the rest of my life.

The Christian Union at university was very strong and I carried on with my faith for a number of years. But over time, the simplicity of the gospel that I received when I first became a Christian and the uniqueness of Christ just started to get lost. My faith became a bit more pedestrian and began to stagnate.

If God stops meaning something to you in your day-to-day life, the next logical question is: then why carry on believing? And that was what happened.

When I left my faith, I went the whole hog. I was quite hard-line. I really did ride the rhetoric of people like Christopher Hitchens and Richard Dawkins. I used that to keep justifying to myself that I’d made a sound intellectual decision. In one of Jimmy Carr’s sketches he said that as a child he believed in an invisible friend who granted all his wishes, but then he stopped going to church! I laughed at that, very knowingly, thinking: That’s where I am as well.

IF GOD STOPS MEANING SOMETHING TO YOU IN YOUR DAY-TO-DAY LIFE…WHY CARRY ON BELIEVING?

The biggest challenge was my marriage. Understandably, the question on my Christian wife’s mind was: “Does this mean that you don’t want to stay married?” I was very keen that our marriage survive and that we were able to find a way to keep doing family. My wife had a very good mix of being gentle but, at the same time, she was very clear she still believed. She was also very clear that she still wanted to take our kids to church. And I didn’t resist that. I think, rather arrogantly, I thought: I’ll get them some way. You can take them to church, but I’ll find a way to get my views across more surreptitiously.

A lot of people joined my wife in praying for me. When I left faith, I was probably a little bit resentful of that, but I thought: Well, you can go ahead and pray; whatever you want to do, I’ve made my decision. I’m doing life my way. I took this view that: I know the inner workings of evangelical Christianity, so you can’t pull the wool over my eyes. You can’t fool me with your ‘bring and buy sale’ or your Sunday lunch, I know you’re probably trying to pull me back through the church door that I’ve just walked out of.

But then I found myself starting to question the narrative I was listening to from atheists online. Some of the content tended to put Christians down as people who weren’t thinkers, who weren’t rational at all. I remembered Christians I knew from years ago who were a lot smarter than me and still stood by their faith. And I started to feel a bit softer and think: Perhaps it’s not quite that straightforward.

I met with Christians a bit more. No one was too pushy with me, and I think that softening laid the groundwork for me to think: Maybe I could look at some of these arguments for Christianity and see if there is a defence. Surreptitiously, without my wife knowing, I used my Kindle to look up somebody who could help me through some of the questions. I came across John Lennox’s book Gunning For God: Why the New Atheists are Missing the Target (Lion Books). He started to address some of those things that I thought were really knockdown arguments against the Christian faith. That led me to a period where I realised that reason, logic and rational thinking are not tools that are only available to the atheist.

I realised that my atheism had as much of a powerful belief behind it. The maxim that there is a materialist explanation for everything is also a belief. I started to try to be honest about where my atheism lay, and reconsidered it again.

Having come through this experience, today my faith is stronger than it was before. I feel that it’s defensible. I think Christian apologetics is very good at helping people to unblock those artificial barriers to faith. But I think it’s also really good at helping Christians to be encouraged in their faith.

You’re never going to know the answer to every question, you’re never going to amass all the knowledge. But there’s enough there that you can take a step back and see the big picture. It’s a little bit like those magic eye pictures: if you stare at the pattern for long enough, don’t look too much at all the details, but relax and focus on the whole, eventually you see the image. And that’s what Christianity is like for me.