What’s the meaning of life? 4 reasons why belief in God makes sense 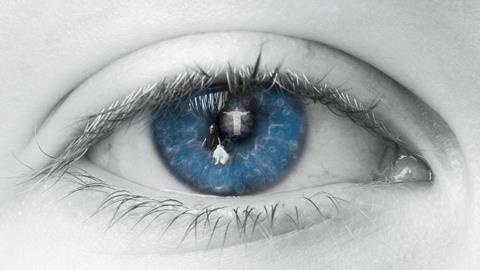 1. What’s the meaning of life?

This is perhaps the ultimate question for all of us, as our sense of happiness depends on it. Even though we may be able to enjoy the many wonderful things life has to offer – relationships, art, achievements, hiking in nature or a good cappuccino, to name but a few - experience demonstrates that lasting happiness will always remain elusive without a sense of meaning behind it all. In the end, it’s the ‘why’ that motivates us, rescues us from monotony and holds us back from utter despair when we inevitably encounter times of deep suffering, pain and loss.

Having meaning is essential to living. We can distract ourselves from the question for a while, but it is always there

A Jewish psychologist by the name of Victor Frankl discovered this truth in a concentration camp during World War Two. He observed that it was those individuals who could not accept what was happening to them - the ones who could not find a meaning greater than their present sufferings - who lost hope and eventually gave up. Conversely, those individuals who could find a purpose in life or a hope for the future beyond their present ordeal were far more likely to survive.

“He who has a ‘why’ to live can bear with almost any ‘how’”, wrote the philosopher Nietzsche. Having meaning is essential to living, it is like oxygen for the soul. We can distract ourselves from the question for a while, but it is always there, never far below the surface: What is life all about? Why am I here?

2. Does truth exist and does it matter?

Not so long ago, my four-year-old daughter, Grace, woke me up to tell me that my three-year-old son, Jonathan, had hurt himself. When I went into their bedroom, I found Jonathan on the floor unable to walk. We rushed him to the hospital, fearing something serious. In the end it was easily treated, but as we sat in the emergency ward awaiting blood test results, I wasn’t looking for different ideas, feelings or personal perspectives about what was wrong with my son; I was looking for a diagnosis. I wanted the truth.

All of us have experienced moments in our lives when we have been desperate for the truth. But at the same time, popular slogans such as ‘post-truth’ and ‘truth is dead’ suggest our society no longer believes that truth, or facts, matter much at all. There’s an obvious disconnect here between our public discourse and personal experience. And an obvious danger: people who no longer believe in truth lack the means to detect lies, and a society which lacks the means to detect lies is hardly a safe place.

So where do we stand on truth? Is reality whatever we believe it to be, or a definitive line in the sand? In a world of fake news and vested interests, is one opinion just as good as another or is there a way of distinguishing between fact and fiction? And does it ultimately matter whether or not we have good reasons for believing the things we do?

Imagine you discovered a magical ring which gave you the power of invisibility whenever you put it on: you could pretty much do anything you wanted without anyone seeing and knowing it was you. According to the ancient Greek myth, this is what happened to Gyges, the poor and lowly shepherd. And what did he do with such power? He used it to kill the king, marry the Queen and become Gyges the rich and powerful emperor!

If there is a God and he does care, it changes everything

Wouldn’t you have done exactly the same thing if you were Gyges? This was Glaucon’s question to Socrates, as recorded in Plato’s famous book, The Republic: Why not be unethical, if, like Gyges the shepherd, you know you can get away with it and end up with everything you’ve ever wanted?

It’s a very difficult question to answer if you believe, as Glaucon argued, that there are no moral absolutes, and that ethics is just a bunch of rules that other people have invented. Why should we let other people put a limit on our happiness? But if moral truths such as ‘cheating is wrong’ are just as real and authoritative as the laws of mathematics, doing the right thing, even when it’s not easy or what we want, is ultimately worth it - because we were made to live a life that is beautiful and good. Now that’s a very different story indeed. So, which story do we find ourselves in?

4. Does God exist and does he care about me?

This may seem like a less obvious question, but if there is a God and he does care, it changes everything. For a start, it would mean we are not here by accident, but on purpose - that there is a ‘why’ to our existence. It would mean that truth is not ultimately relative but objective, because there is a fixed point or ‘North star’ from which everything else takes its bearing. And it would mean that morality and goodness are not arbitrary or invented but authoritative and real, and that aligning ourselves with that goodness will ultimately lead to happiness, or joy.

Jesus Christ claimed to be that ultimate source of meaning, truth, and goodness. “I am the way, the truth, and the life,” he said, “No one comes to the Father [God] except through me.” (John 14:6). It is an extraordinary claim, but then again Jesus Christ was, on any account, an extraordinary person. And there are lots of people who have carefully examined the evidence for his claims and found it convincing, myself included. You can read more about that in my book, The Sanity of Belief (SPCK). If you’ve never done so before, why not look into the evidence for yourself?

Simon EdwardsSimon Edwards is a speaker and writer for OCCA The Oxford Centre for Christian Apologetics. He worked as a lawyer in Australia before moving to the UK to study at OCCA and later Oxford University. His new book, The Sanity of Belief (SPCK) is now available.