Phanatik might have deconstructed his faith, but I am still choosing Jesus

We need to allow room for doubt and questions in the Church, says Philippa Hanna. But the singer remembers what her life was like before Christ, and she's confident that the choice to follow Jesus is still the best decision she's ever made 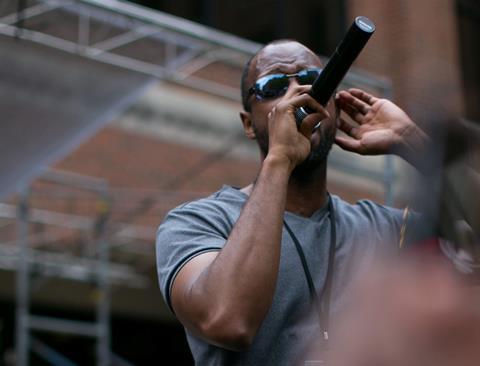 I’m on my way to church. My husband and I recently joined the worship team officially, although we’ve been helping out for a while. After a tough couple of years (the pandemic, career hiatus, baby and a close family bereavement) I can’t say I’ve been flying all that high with Jesus. I’ve held onto my faith, yes. I’ve continued to live it out, albeit with a slight limp. I’ve said a lot of tearful prayers, that’s for sure. But I can’t say this season has been a honeymoon for me and God.

Our church has been an oasis in the desert of sorts. It’s a large church which, like most, has faced its challenges in recent months. But as relative newcomers, we’ve encountered kindness, community and support. We’ve found things to do (hugely important to me after what seemed like the longest, loneliest maternity leave imaginable) but it’s been a foggy, muted time for me as a believer. Despite my efforts to stoke the fire of faith, the flame has burned lower than I’m used to.

Pre-pandemic, I was accustomed to a high definition faith walk. It wasn’t always easy, but it was always an adventure. As Christian musicians, we enjoyed sharing our faith daily with strangers, travelling the length and breadth of the country. Trading that colourful lifestyle for a lockdown pregnancy, caring for a newborn and watching a beloved family member lose their battle with cancer definitely took down the saturation.

I have the benefit of knowing what life feels like without God. It didn’t work

I know I’m not alone. It’s been a rough season for everyone. And the global Church has faced a myriad of social and political challenges too. Seeing Jesus reduced to an election tactic is enough to make any believer queasy, and that’s only the tip of the iceberg. The faith of the average Christian, isolated by stay-home orders, confronted by political discourse, possibly grieving, struggling financially and/or relationally has been stretched. It’s no wonder that many of us haven’t been in a hurry to line the pews and fly our flags again.

It emerged last week that Brady “Phanatik” Goodwin, founding member of the Christian hip-hop group, The Cross Movement is no longer calling himself a Christian. The rapper, who was recently an apologetics teacher said: "I am denouncing the Christian faith that I have believed, professed, proclaimed, and defended for the last 30 years of my life."

He isn't the only one. There have been other cases of well known Christians saying they no longer believe. It doesn’t shock me to hear about Christian musicians ‘deconstructing’ - or even ‘defecting’ from - their relationship with God. Let me be clear, the two are very different though. 'Deconstructing’ often refers to the process of questioning and doubting aspects of Christian faith, while defecting is the abandoning of those traditions and beliefs altogether.

My first encounter with the term ‘deconstructing faith’, was on Kevin Max’s Facebook page last year. The DC Talk singer is a pal of mine. We’ve written and recorded together several times and I have to say, he’s always been a breath of fresh air. What some might view as rebellion or heresy in his work, I’ve always judged to be playful and creative exploration of faith.

Kevin’s openness and vulnerability has always been refreshing, especially in an industry which sells such a ‘finished’ optic of Christianity. We need more influencers who are willing to publicly journey through their doubt in my estimation. So while some were alarmed when Kevin announced that he was picking apart his beliefs, I wasn’t.

I was interested to hear Phanatik say, “I just can’t amen what I used to amen. I’m not where I once was on certain social and political matters.” He hits upon the heart of the matter here as far as I’m concerned. What most Christians are facing is not a struggle with their love of Jesus. It seems to me that reconciling our faith with our politics is often the real battle. And where we often fall prey to confusion - and even despondence - is figuring out how best to love the people we don’t agree with.

So why am I still happy to call myself a Christian? Why, as a family, are we wading deeper into Church life? For this I credit my relatively late arrival to the party. Because I gave my life to Jesus at the age of 21, I had the luxury of starting out in the rubble. I did all my major questioning in the beginning and God proved himself faithful, truthful and good. I have the benefit of knowing what life feels like without God. I’ve lived outside the guidelines, cherry-picked traditions and cobbled together my own spiritual ideas. It didn’t work. My life only changed (finally!) when I exchanged my own wisdom for God’s. My worldview only made sense when I accepted God’s word as infallible truth. Only scripture has been able to order the chaos in my life, and in my mind.

The last two years have been hard. Really hard. But the fog is clearing and the lights are slowly coming back on. I can only imagine (pun intended!) what those times might have been like without Jesus. Faith deconstruction? Perhaps we all need a little. Perhaps it will come whether we like it or not.

Losing my mother-in law to cancer recently has reminded me that I can’t allow my love of God to be based on him doing what I want or expect. It can’t be based on the way others represent him either. My paradigm of God’s goodness has had to shift. I’ve had to come back to the simple truth of the gospel, the gift of the Saviour, the power of the cross and the miracle of the resurrection. The faith deconstruction process has brought me back to all that. And my personal deconstruction process is reminding me that those things are more than enough.