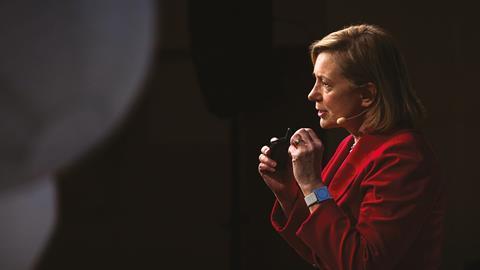 Professor Rosalind Picard: ‘I used to think religious people had thrown their brains out the window’

A leading expert in Artificial Intelligence talks about her faith journey, life-saving technology and being a woman in science.

I was a little apprehensive about interviewing a multi-award-winning engineer about Artificial Intelligence (AI). However, within minutes Professor Rosalind Picard had put me completely at ease. At times, it felt like having coffee with a (super-smart, overachieving) friend rather than chatting to the founder and director of the Affective Computing Research Group at the Massachusetts Institute of Technology (MIT) Media Lab.

Professor Picard, 59, is a faculty member of the MIT Center for Neurobiological Engineering and the author of Affective Computing (MIT Press), which pioneered a new field of computing bearing the same name. She has also co-founded two companies: Affectiva, which provides emotion AI technologies now used by more than 25 per cent of Fortune 500 companies, and Empatica, which creates sensors and analytics to improve health, including the first AI-based smart watch cleared by US authorities for monitoring seizures. 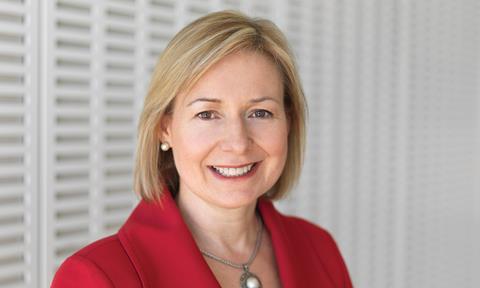 When Picard spoke about the lives that have been saved by technology she helped to create, her enviable academic credentials and ingenuity almost paled into insignificance. I left our Zoom call understanding a little more about AI, but also feeling inspired by Picard’s desire to use technology to help some of the most vulnerable people in society.

How did you become a Christian?

I grew up in a family that never went to church or talked about religion. I thought people who were religious had thrown their brains out the window. I used to babysit for this really cool family – he was a doctor and she was really neat – while they went to Bible studies. They invited me to church and I told them I was sick. Then they invited me again and I told them I was sick. Faking sickness to a doctor really wasn’t working! They caught on that I didn’t want to go and told me that what I believe matters. They asked if I’d read the Bible. I was a straight A student – one of those obnoxious kids who thought myself really smart. So, I thought I should probably read the bestselling book of all time. I agreed to take their advice to read the book of Proverbs, one a day for a month. I saw there was all this wisdom. Not wacky, made-up gobbledygook, but stuff I could learn from. I was humbled. Then I set out to read the whole Bible. And that changed me.

It took time, because I did not want to believe in God. And I resisted. But as I read the Bible, I felt God talking to me. I eventually went to church and the pastor challenged us to consider inviting Jesus to be Lord of our life. That sounded a little wacky to me. But I decided to run it as a scientific experiment: if it’s really stupid, it won’t make any difference, it doesn’t really matter. And if it makes a difference, wouldn’t it be better to have the mind of the whole universe, who knows everything, as Lord of my life? So, I took that step and it made an enormous difference. This load was lifted, I felt amazing peace.

You’re a pioneer of affective computing – what is that?

The idea originally was to give computers emotional intelligence skills. I was studying how the brain worked. I learned that, surprisingly, the parts of the brain involved in emotion were playing a pivotal role in making us more intelligent, which was the exact opposite of what I thought emotion did. The more I learned about it, the more I realised that in order to really make machines smart, we needed to understand how emotion works in people. Learning about the important role emotion plays and how we’re made shifted our whole research from just trying to make the smartest computers to trying to make technology that helps people function better, understand their own feelings, communicate emotions better and better prevent diseases associated with problems with emotion.

I learned that a lot of people on the autism spectrum have trouble reading other people’s emotions. So, we set out to build something to help with this. One of them told me I had it all wrong – her problem wasn’t reading other people’s emotion, but that I wasn’t reading hers. She said no one was reading her stress accurately. As I listened and learned more from her and others, I realised we’re not correctly reading the emotions of many people on the autism spectrum. So, we built a wearable sensor – a sweatband – that could monitor stress.

A student borrowed two of the sensors over the holiday period. He has a brother with autism who can’t talk and wanted to see what was stressing him out. When I looked at his brother’s data, both wrists were streaming a low signal. But then one of the wrists emitted a signal so big I thought the sensor must be broken. That peak was right before he had a seizure. I spoke to a doctor who said they’d had people whose hair stands up on one arm before a seizure. We then started to work on AI to run on a wristband to help detect seizures.

And this developed into helping people with epilepsy…

We learned that there’s a signature in the brain that correlated to these big signals. That signature in the brain is related to the top cause of death for people with epilepsy – it takes more lives every year than sudden infant death syndrome (SIDS). In fact, they now think SIDS may be due to this mechanism. In many cases, there are changes deep in the brain that can turn off your breathing. When this happens, something as simple as somebody stimulating you, turning you on your side or saying your name can restart the breathing. So, we built a device to not only detect seizures, but to alert a caregiver.

In the early days of testing it, a mother was in the shower when her phone went off. She ran out of the shower to her daughter’s room, found her face down in bed, blue, having just had a seizure, not breathing. She flipped her daughter over, her daughter took a breath and turned pink again. The technology is not perfect, but there are lots of cases where it gets somebody there in time to save a person’s life.

Have you ever found it difficult to reconcile your Christian faith with science?

No. Throughout history, there have been great scientists who are also very devout Christians. People like Isaac Newton, who wrote significantly more about his Christian faith than about science. You could also argue that the whole enterprise of looking for order and meaning in the universe presupposes that it’s there – that it’s not just random, purposeless, meaningless forces floating around with no origin.

Are there certain fields of science that are more difficult for women to break into?

There are definitely still lots of things that are easier for people who look and sound a certain way. People take the data they have and learn from it. This is clear in machine learning – if you train a face recogniser on a bunch of white males, they will be really good at recognising white males and not everybody else. Similarly, if scientists are used to seeing that the most successful scientists are white males, they probably won’t instantly assume the best of success for people who don’t look like that. We have to help an area change. God gifts people with curiosity, inventiveness, ideas. Technology affects everybody, so we need the people designing it to look like everybody. We need the storytellers to help us decide what it should do. We need people who know how to make people’s lives better. Because if it’s all conceived, designed and carried out by people who prefer maths to people, then that’s not going to lead to the future we want.

Hear Professor Rosalind Picard in discussion with Professor Nick Bostrom on The Big Conversation, episode 2, God, AI and the future of humanity: Is technology the key to immortality? at thebigconversation.show

To hear the full interview, download The Profile podcast.