The BBC’s ‘Godsquad’ mocks 4 kinds of Christian students. It’s a helpful exposé of our evangelistic errors

The BBC Radio 4 drama, Godsquad might poke fun at Christian Unions, but it actually contains valuable lessons for all of us in how we share the good news of Jesus, argues Naomi Sherwood 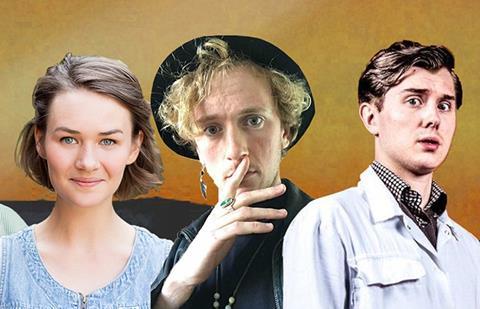 The room is filled with the hubbub of a university fresher’s fair. A small, timid voice struggles to make herself heard above the clamour of excited first year students: “Hello, we’re the Christian Union. We’re fun, cool and friendly - and sometimes we might discuss the big things!” Two other voices join in, declaring the CU has all the answers…and a really great cheese board!

This is the Christian Union, as depicted in the pilot episode of BBC Radio 4’s GodSquad. The new sitcom, focussing on student life and the Christian faith, depicts a university’s Christian Union “struggling against the tide of secularism” and follows the trials and challenges of four young Christians starting out at university. As this eclectic group try to promote their society and share their faith on campus, we’re invited to laugh at their rather awkward tactics, and their struggles to come together as a group, despite their differences in belief and background.

Christian Unions in UK universities have played a huge part in the lives of thousands of Christians, including the many who have come to saving faith during their time in higher education. Today, students continue to boldly and urgently share the good news of Jesus on their campuses but, as we hear in GodSquad, that context is increasingly disinterested.

As a play, Godsquad is empathetic to the difficulties facing young Christians at university. It pushes us to reflect on our evangelistic methods and, well, laugh at ourselves.

I was president of my university Christian Union and have continued to work with CUs since. I’ve seen, and been part of, my own share of awkward tactics and disunifying mistakes in student mission. GodSquad mocks those human errors, but not the reasonable and important message of Christianity itself. And each character leaves us with some lessons to learn:

The quickest way to introduce Katriona is her mug that reads: “Different day, same heathens”. She’s clear on why she’s involved in the CU: people are lost and facing judgement, and their options are either Jesus or Satan. While her evangelistic clarity is to be commended, her lack of compassion and patience with non-believers is problematic. Even walking into the multifaith chaplaincy is enough to make her nauseous. The issue with Katriona’s gospel efforts is that she’ll only ever be known for what she’s against, rather than what she’s for.

Publicly, this kind of attitude affects the reputation of Christians. It’s no surprise that another character in the play later says they’re not interested in Christianity or “being like Katriona…being backwards”. As for her personal evangelism, it’s hard to believe that Katriona has any genuine friendships with nonbelievers. It’s all well and good being concerned about people falling under God’s judgement but, if there’s no one willing to listen to you, you’ve no way of influencing them otherwise. If we find ourselves behaving like Katriona, we need to remember what Jesus was repeatedly accused of being: a friend of sinners. His concern for the lost drew him to them and, likewise, them to him.

To truly fulfil the usual stereotype of a Christian, Philip’s wardrobe is just missing the socks and sandals. He’s armed with a beige knitted cardigan, a towering, handmade wooden cross and conversations about his hero, Father Jerome. But his nerdy personality isn’t Philip’s real problem. When a fellow student asks for help with their doubts, Philip’s immediate reaction is to offer them the cheeseboard… it’s laughable, but it does expose a broader issue with some of our evangelism: we sometimes have people in front of us, ready to respond to the offer of saving faith in Jesus, and we shy away from taking that next step with them. It’s easier to invite them along to a nice event than to answer the hard questions or invite them to know Jesus personally.

You’d hope, as CU president, that Sophie would be clear on the purpose of their mission. She’s certainly sure it has something to do with loving people and dropping Jesus’ name in where comfortable, but, at best, she shyly advertises the CU as a chance to “learn more about faith and feelings”. It’s a kind offer, but her lack of clear vision is the undoing of the CU in the first episode. When a new student arrives, Sophie is just desperate for someone to join her small and fragile club – no matter that he doesn’t think Jesus is divine!

We can sympathise with Sophie; she hasn’t got an easy job. She is leading a group that spend most of their time arguing about font choices and she’s not your average outgoing leader type. But, by the end of the episode, she does have the opportunity to lead by example. Finding herself presented with the opportunity to publicly address the whole fresher’s fair and talk about Jesus to the students gathered there, Katriona and Philip urge her to “have a little faith”.

This is what we all need in our evangelism: faith. It’s the confidence that God’s word is true, that Jesus is good news for the world and that the Holy Spirit is with us at all times. Convictions like these keep us from watering down the gospel.

Dan is passionate about social justice and willing to call out any “holier than thou BS”. He’s accommodating of all religious beliefs and inspired by Jesus the Radical. For all his charming enthusiasm, Dan quickly causes a divide in the CU. He earnestly wants them to take a new direction; one which seems to promise greater appeal on campus but involves softening the mission. He proposes taking down the large wooden cross, and fighting for social issues without necessarily making the mission about Jesus.

But when Dan sees division forming in the CU over core beliefs, and realises how committed the other members are to living for Jesus, he falters. He admits that he doesn’t really know what he’s doing or what he truly believes. He is, as he puts it, “somewhere in between”. Being on the fence means that his passion for social justice, without objective Christian truth, has left him with a nominal faith and too many unanswered questions.

Funnily enough, Dan doesn’t make any mistakes in the way he deals with this. He comes back to the CU and asks for their help. Of all the characters, Dan best demonstrates what the CU is really about: an invitation to learn about the gospel with an opportunity to respond to it. If you’ve got doubts, Dan’s character shows that it’s better to admit them to other Christians who can help, rather than hide them behind noble actions.

An opportunity to grow

At another point in the episode, a character is dismissed for appearing to mock the Christian Union, before the group realise they are genuinely interested in knowing more. This is a lesson for all of us in how we should listen to and receive GodSquad as a radio drama. It is mocking in tone (in parts) and might be uncomfortable listening for some of us. But it could also be a precious opportunity to explore the truth of Christianity in a world that is rarely listening.

We need to engage with it well. Perhaps this looks like praying for it’s favourable reception and for all those who listen to it, as well as allowing it to expose our human errors in evangelism. Perhaps it looks like talking about it with non-believing friends in a way that shows the reasonableness of what GodSquad’s characters, and each of us, believe.

You can listen to Godsquad on BBC Radio 4 on Friday 29th October at 11:30am

Naomi SherwoodNaomi Sherwood is the SW London staff worker for UCCF: The Christian Unions. She studied English and drama at university, loves talking about books and looking at cute dogs on Instagram.