A new stand-up/theatre hybrid show sees Anthony Noack deliver Ecclesiastes in its entirety. But does it work? Yes and no, says Paul Kerensa 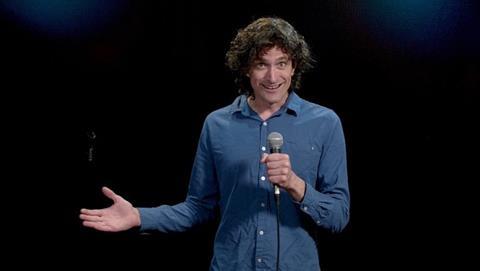 “There is nothing new under the sun,” so says Ecclesiastes, and so says Anthony Noack in his new show ‘The Preacher’, in character as David ‘Dave’ Davidson (the first words of Ecclesiastes are ”The words of the Preacher, the son of David”).

For the majority of the show Noack simply delivers the complete book of Ecclesiastes, heckling himself with material on his failed marriage or the performer’s experience of an audience-less year.

There may be nothing new under the sun, but performing an online comedy show because a pandemic has grounded flights from Australia to Edinburgh – that feels pretty unprecedented. So this stand-up/theatre/preach hybrid show ‘appears’ at this year’s Edinburgh Fringe Festival in digital form only. Noack will be in his home, you may be in yours.

It suits an audience-less performance, with no pressure of whether it’s a time to laugh, or not. Because while this may look like a stand-up comedy show, it’s actually pure theatre.

Translating a millennia-old religious text into a twenty-first century stand-up routine was always going to be a hard comedy sell. Like Noack’s flight, the jokes don’t really land – but in fairness several thousand years have passed. We don’t laugh now at a Shakespeare comedy, or even at what our grandparents laughed at. So don’t expect to howl, but do expect to discover biblical wisdom in a new way, in a one-man show of pithy comments, philosophy and jokes about Noack’s divorce.

His character shifts throughout, portraying an odd mix of modern-day comedian and ancient preacher. When he’s himself, he claims to be a Jewish agnostic doing Christian material.

Sometimes the join from ancient to modern is seamless; other times a familiar biblical verse suddenly jumps to a line about binge-watching comedy specials, which I don’t recall being there in the King James Version. Maybe it was in The Message?

don’t expect to howl, but do expect to discover biblical wisdom in a new way

It’s an unsettling combination at times. We often don’t know if we’re hearing words written a month ago or in 500 BC.

So does it work? Yes and no. As a comedy show, it didn’t make me laugh out loud (apart from an inspired ‘water into wine’ joke – finding a new take on such an old story was rather impressive). But as a theatre piece, it trod new ground and delivered biblical truths interestingly, even as Noack quotes Ecclesiastes 1:10: “Of course someone always says 'Hey look! This is new.' But it isn’t.”

So, on the one hand, he condemns his own act to irrelevance but, on the other, he highlights the constant questions humanity has always asked.

We don’t remember the past, he says, just as our lives will be forgotten by generations to come. It’s a reminder that he’s one in a long line of wisdom-spouters. The questions reoccur, even if those who ask them change from generation to generation. Perhaps for this generation then, stand-up comedy is where many of us turn for bitesize bon mots? Few would claim to turn on Live at the Apollo for philosophical advice, yet today’s quotable comics are quoted and posted on social media.

The theme of wisdom versus foolishness is there throughout. Biblically the two are seen as opposites, and yet the wisdom of a fool is a concept that Noack celebrates here.

I admire his conviction, though his tendency to quote verses then add a “What’s the deal?” is often stilted. It doesn’t make for an easy watch, but it does make for an interesting one.

Approach this show with an open mind, willing to listen if not laugh, and I think you’ll be rewarded with a modern insight into some ancient truths.

Does the show fall short? Yes. But do we all fall short? Yes! I admire the ambition and scale of Noack’s one-man mission to bring Ecclesiastes off the page.

As a stand-up show, it’s no side-splitter – there’s a time to laugh, and this may not be it. But there’s also a time to think, listen, and appreciate this inventive solo theatre piece.

I can’t wait to see what Noack does next. Proverbs as a one-liner comic? Song of Songs with showtunes?

Watch 'The Preacher' for £5 at tickets.edfringe.com/whats-on/preacher