10 things you thought were in the Bible…but aren’t

You may have heard it in Sunday School, but Jonah didn’t get swallowed by a whale, Mary may not have ridden a donkey and there were not three wise men. Or at least the Bible doesn’t tell us so, says Paul Kerensa 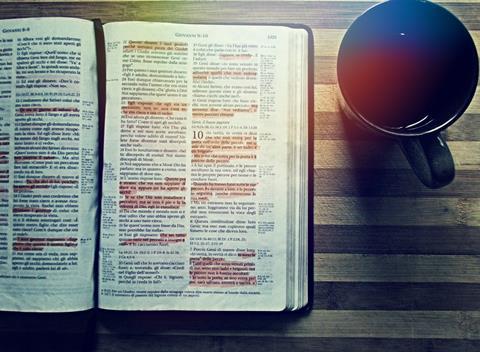 I recently wrote an article here on ten sayings you didn’t realise came from the Bible. It was like the blind leading the blind, a sign of the times, and quite a stumbling block (there are three).

But what of those sayings that seem biblical but aren’t? Some of the below are from good books, but not from the Good Book. They may surprise you.

Let’s start in the beginning, or just after – with forbidden fruit, but not necessarily an apple. Genesis 3:6 talks of “the fruit of the tree”.

A Latin pun turned this into an apple. While the Hebrew word peri implies a generic fruit, the fourth Century Latin translation changed this to malus, meaning both ‘evil’ and ‘apple’. Translator Jerome liked his wordplay. But apples are not the only fruit: the non-canonical Book of Enoch says the fruit resembled grapes, while Michelangelo painted a fig, and some Greek classicists prefer a pomegranate.

2. Neither a borrower nor a lender be

If it’s not the Bible, it’s often Shakespeare; in Hamlet, Polonius gives this advice to Laertes. Perhaps he was taking his inspiration from Proverbs 22:7, which similarly observes: “The rich rule over the poor, and the borrower is slave to the lender.”

Polonius is perhaps Shakespeare’s most biblically-sounding character. His other nuggets of wisdom include: “To thine own self be true”, “Brevity is the soul of wit” and “Though this be madness, yet there is method in’t”. Even his final words are legendary: “O, I am slain!”

3. Pride comes before a fall

The biblical equivalent is from Proverbs 16:18: “Pride goes before destruction, a haughty spirit before a fall.” There was me thinking it’s about a group of lions arriving before autumn.

In the fourth Century, monk Evagrius Ponticus listed eight evil thoughts, similar to the modern deadly sins – gluttony, wrath and so on – but with dejection thrown in for good (or bad) measure.

Pope Gregory I tweaked the list to seven. From Dante’s Divine Comedy to David Fincher’s Seven, they’ve passed into popular culture. Enviably, I pride myself in lustily avoiding most of them.

5. Jonah and the whale

Jonah has his own biblical book, but the Hebrew dag gadol means ‘big fish’. ‘Whale’ is catchier though (and a great catch), so the idea that we’ll ever change from ‘Jonah and the whale’ is very hard to swallow.

6. Money is the root of all evil

The words are there, but what do they say about context? Without text it’s a con. So what’s missing here? “Love of money is the root of all kinds of evil”, says 1 Timothy 6:10. The rest of the verse clarifies: “Some people, eager for money, have wandered from the faith and pierced themselves with many griefs.”

Money’s not bad, but check how you feel about it. We can quite like money, but must direct our love to God, and our neighbour.

7. The lion shall lie down with the lamb

Maybe, but the Bible doesn’t say so. Isaiah 11:6 says: “The wolf will live with the lamb, the leopard will lie down with the goat, the calf and the lion… and a little child will lead them.”

This is not a description of this week’s Countryfile or Springwatch. It simply means peace. We’ll all get along, under Christ’s reign.

8. Three kings and a donkey

This isn’t a phrase, but if your nativity has three kings and a donkey, it’s taking liberties.

They’re listed as Magi – wise men – with three gifts, and they don’t visit the crib, but arrive years later. We’re not told how many of them there were, just that they had three gifts. They weren’t kings either, and not named as Melchior, Caspar and Balthasar for another 500 years.

As for the donkey, the only one in the gospels is at the end of Jesus’ ministry, which he rides into Jerusalem. We’ve decided over the years that Mary probably rode one to Bethlehem – though perhaps it was a horse or cart.

For those who think it was: “We three kings of Orient are, one in a taxi, one in a car” – read your Bibles.

18th-century poet William Cowper, friend of John Newton, wrote a poem called Light Shining out of Darkness and it begins: “God moves in a mysterious way”.

Romans 11:33 comes near when describing God’s mysteriousness: “How unsearchable his judgments, and his paths beyond tracing out!”

But love is only blind according to Shakespeare’s The Merchant of Venice. Contemporary music will tell you that love is all around, love is a battlefield, love is in the air, love is a many-splendored thing, love lifts us up where we belong, all you need is love! (Please, don’t start that again…)