So a comedian walks into a parliamentary debate on religious education... But it’s no laughing matter

In a world of increasingly polarised views, teaching RE well has many benefits. Yet it has been removed from school performance measures, received no government funding for five years and despite recruitment targets being missed, training bursaries for RE teachers have been scrapped. Paul Kerensa went to parliament to make his case 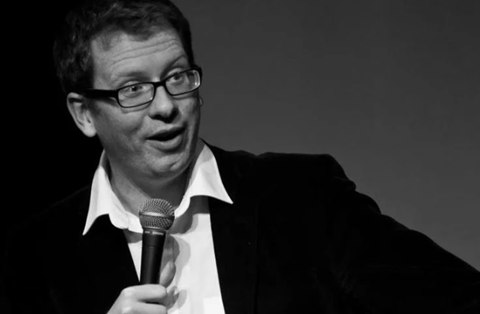 I was recently invited to a parliamentary roundtable on the future of Religious Education (RE). Why invite a comedian? As the MPs’ warm-up? To satirise the underfunding of religious education? No, I was representing the parent’s view. And unfortunately, it’s no laughing matter.

Religious Education has been dwindling lately, but I think it’s more important than ever. This is not the ‘Scripture’ lessons of decades ago; it’s about debate, understanding, tolerance and empathy. RE reflects on millennia of wisdom, encouraging deep thinking and enquiring minds.

In a shrinking world of online alliances, the next generation will need an even greater understanding of different cultures and how to bridge them

In recognition of this, the subject may be changing its name again. Farewell RE, hello the less catchily-titled Religion and Worldviews – or RaWV for short. I know. I’m sceptical of change too. If it ain’t broke, don’t try and fix it. The trouble is, it is broke. By which I mean, ‘has no money’.

The government has spent no money on RE for the last five years, while other subjects have been well-funded. Last year, the government scrapped the RE teacher training bursary, despite missing the recruitment target for nine years in the past decade. It’s been left out of performance measures, so schools have demoted its value.

Meanwhile the grown-ups are proving that they should have studied harder too. While the Conservatives have been tying themselves in knots over Islamophobia, Labour has similarly struggled with antisemitism. If our politicians can’t agree on these, our children need all the help they can get. There’s a dire need for global understanding and diplomacy – see recent foreign secretaries for details.

So NATRE (the National Association of Teachers of Religious Education) asked if I’d join a parliamentary roundtable. I jumped at the chance, and not just because I wanted to sample the House of Commons biscuits (we dialled in from home, so I had to provide my own snacks). The dozen MPs, Lords and Ladies who joined us were eager supporters of RE, so we were preaching to the converted. They heard an academic, a teacher, pupils and me – a parent.

I was first in touch with NATRE years ago, when I was baffled that RE was compulsory to teach but optional to learn. Meanwhile our school would send relentless opt-out reminders, advising us that we could withdraw our children from the Mosque visit, the school Nativity, the Easter colouring competition, the Diwali assembly – the list goes on. Children could be removed from the classroom to avoid hearing about such religious things. Heaven forfend that they may learn something, like what ‘heaven’ means (they could learn about ‘forfend’ in English).

Some parents took them up on this, though I’m not surprised – it was wearing. The notes were on paper but if you could have clicked ‘Unsubscribe’ or ‘Accept all cookies – do not ask me again’, you would have. But how will these children grow up to tackle the problems the MPs face, of understanding Islamophobia or antisemitism?

The parliamentary roundtable was expertly chaired by Sir Peter Bottomley, who praised the good that religious education can do in society. Professor Francesca Stavrakopoulou, of the University of Exeter, is an atheist but firmly warned against the dangers of religious illiteracy. Something we could all agree on.

A Year 10 student, Shreya, gave the greatest defence: “It’s all about people, and people will never be out of date.” She went on to note the importance of listening.

An A Level student, Iona, explained that she was studying RE in spite of her earlier lessons, not because of it. She’d tolerated years of non-RE teachers teaching RE. Most primary school teachers have had less than three hours training on teaching the subject.

Deborah Weston OBE from NATRE championed a National Plan for RE. She showed us one academy’s syllabus: all religious education was crammed into one half term during Year 10. For the other 41 half terms of a student’s school life, that lesson included money advice, sex education, and how to vote.

Speaking of which, the politicians’ response was admirable, with one suggesting political parties try to outdo each other by promising more and more spending on RE in their manifestos. It would be nice – though I fear it’s unlikely.

Parliament has some great defenders of this cause, such as Tim Farron, Brendan Clarke Smith, Mary Glindlon and Lord Singh. If you’d like your MP to back religious education – with money as well as words - please write to them.

In a shrinking world of Zoom-working and online alliances, the next generation will need an even greater understanding of different cultures and how to bridge them. In a recent documentary on BBC iPlayer called Mission: Joy, which documents the friendship between the Dalai Lama and Archbishop Demond Tutu, they share wisdom, hope, laughter and friendship that spans their faiths. I recommend it – both the show, and the sharing of those things. I pray for a world where this is the norm, rather than the exception.

Apologies if this tale of a comedian speaking to politicians wasn’t very funny – it’s serious business. But hey, you’re welcome to ignore this. In fact, you can be withdrawn from this discussion altogether and placed in a classroom far away from it. Your engagement with religious education is, as ever, entirely optional. It’s up to you.