After the flood: This film exposes how Christians used Noah’s drunken curse to defend slavery

Professor Robert Beckford’s new documentary looks at how the UK Church developed a whole theology in support of slavery from one verse in Genesis. What happened next and where we go from here is well worth an hour of your time, says Chris Goswami 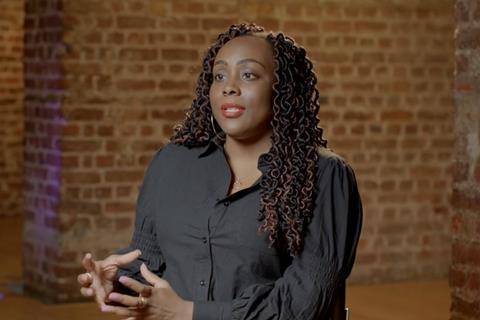 Since the murder of George Floyd, there have been numerous films made and books written about slavery and racism, but few that focus on the active and disgraceful role of UK churches.

After the Flood: The Church, Slavery and Reconciliation is the brainchild of Professor Robert Beckford (who also acts as narrator) and made in partnership with the Movement for Justice and Reconciliation. Superb on-location shots from the West Indies and the UK are interspersed with insights from theologians and academics who, despite their great learning, communicate well in plain, everyday English! It is incredibly well made and watchable.

The documentary begins with the bizarre story of Noah getting drunk. In Genesis 9, the flood has subsided, Noah’s family and the animals are safe on dry land, and all seems well. After planting some vines, Noah drinks too much wine and falls asleep, naked. His youngest son, Ham (the father of Canaan), sees him and tells his two older brothers who immediately cover him with a blanket, averting their eyes to avoid seeing their father’s nakedness. Genesis 9:24-25 says: “When Noah awoke from his wine and found out what his youngest son had done to him, he said, ‘Cursed be Canaan! The lowest of slaves will he be to his brothers.’”

Astonishingly, in the 17th century, this single, highly contestable and incredibly tenuous passage became the ‘biblical proof’ for Christians defending slavery, and continued to be so for hundreds of years. In fact, ‘the Curse of Ham’ was used in a Bible commentary as recently as 1966! How Christians could do this, and where it eventually led, is the subject of this engaging one-hour film which tells the story of the UK Church and slavery.

The film depicts how, from the 17th century, English Protestants, believing themselves to be the new people of God, planted colonies in the Americas. Growing the transatlantic slave trade using New and Old Testaments as their justification, slave owners even resisted missionary work among their slaves, fearing that baptised slaves would demand their freedom.

There are a few bright spots in the film. A few missionaries take the horrors of what they witness back to the UK and attempt to expose the brutality of slavery. But instead of fuelling a movement against slavery (that came much later), it leads to ever more determined efforts to reconcile the gospel with it. The film details how this ‘Christian theology of slavery’ was heavily defended, not least because the UK increasingly depended on slavery for economic growth. In fact, Christian promoters of slavery become so convinced of their cause that they considered abolitionist movements to be anti-biblical.

After the Flood trailer (1) from Aniku Ltd on Vimeo.

There are also many shocking incidents of cruelty, shamefully perpetrated in the name of Christianity, detailed by the documentary. Most notably, a Christian mission society, named in the film, who branded their slaves with their mission name. This understanding of the gospel is so perverted, it beggars belief. There are also less-disturbing anecdotes, such as how the slave master, John Newton, overhears an African lament on board a slave ship and later develops this to become the well-known hymn ‘Amazing Grace’.

Refreshingly, the documentary does not come across as angry. Well-meaning, statue-toppling, monument-spraying protestors can alienate some people by their extreme action. Sometimes extreme action is justified – indeed, sometimes it may be needed - but we also need thoughtful, well-made, engaging content. And that is exactly what this film is.

Work to be done

Toward the end, Beckford reflects on the present day UK Church’s response to its previous role in supporting - and often advocating for - slavery. On a positive note, there has been genuine work done to rectify the past. For example, in 2007 the Baptist Union of Great Britain became the first denomination to offer an unequivocal apology for its own role in slavery. However, since then, it’s not clear what they, or any other denomination, has done to open up their archives and acknowledge where they have benefited from slavery, let alone consider the uncomfortable idea of reparation. It’s easy to say sorry; it is much harder to change a system from which you have benefitted. More troubling is the film’s point that, even today, the idea of black leaders instructing white Christians remains unacceptable in some UK churches. 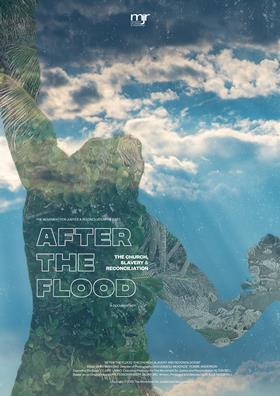 Perhaps more time could have been spent on the Catholic Church’s role in slavery, not just the Protestant Church. And New Testament texts that speak on this topic are ignored. These include specific texts such as Ephesians 6:5: "Slaves, obey your earthly masters”, as well implicit texts which have encouraged forced conversion to Christianity (such as the parable of the great banquet, in Luke 14, where the king finally says in v23: "compel them to come in”) and texts that have been misinterpreted to support colonial attitudes, such as the great commission (Matthew 28:18-19). But this would have increased the length of the film and potentially alienated some audiences.

This is a beautifully made, informative and moving documentary, well worth an hour of your time.

Click here for a list of upcoming screenings of After The Flood. The film will be available on general release soon – if you wish to arrange a screening, or for any other questions please contact info@mjr-uk.com.