When slavery was abolished, Britain allocated 40 per cent of its income to compensate slave traders. The debt was still being repaid by UK taxpayers in 2015, including by many descendants of slavery. This new fund goes a small way to righting that wrong, says Mike Royal 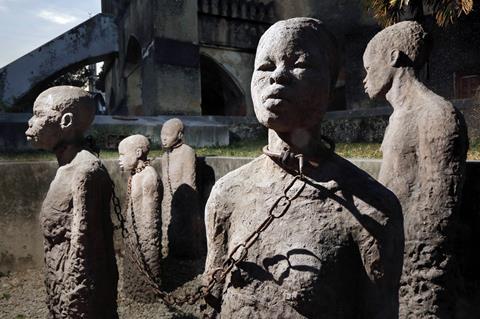 In an effort to “address past wrongs,” the Church Commissioners for England have recently announced that they will invest £100m over the next nine years into community projects specifically aimed at helping families affected by the slave trade.

The Church Commissioners manage a CofE endowment fund whose origins link directly to the Queen Anne’s Bounty. Established in 1704, it has benefited from significant amounts of funding linked to the transatlantic slave trade. Today, it is worth over £9bn.

The new fund follows an interim report: Church Commissioners Research into Historic Links to Transatlantic Chattel Slavery which found that the Queens Anne’s Bounty is directly linked with transatlantic chattel slavery in two ways: Firstly, through investment in the South Sea Company, founded in 1711 to refinance England’s national debt. It was awarded the monopoly on Britain’s trade of enslaved people to the Spanish Americas. Secondly, through money received from benefactors, including Edward Colston, whose income was derived from slavery.

What value can be put on a human life?

Colston is singled out for specific comment in this report. The Bristol merchant gave large sums of money to Queen Anne’s Bounty during his lifetime. Why does this matter? Think back to 2020, and the Black Lives Matter protests which led to Colston’s statue being thrown into Bristol harbour.

That moment ignited huge debate: How did someone who was a known slave trader end up being celebrated with a statue in Bristol’s city centre for so long? The incident became synonymous with the airbrushing of Colston’s legacy – and that of many other historical figures still celebrated through memorial plagues, statues and street names across the UK.

The airwaves have recently been dominated by the release of Harry and Megan’s tell-all Netflix series. This is the latest culture war to be waged on social media, in newspapers, on radio and TV.

The talk has largely been about whether their account of their experience at the hands of the British press is true or not.

In Episode three, Hirsch tells viewers that: “the first ever commercial slave voyage conducted by Britain was personally financed by Queen Elizabeth I. It continued to be financed by kings and queens right up until its abolition”.

Britain used 40 per cent of its national budget to compensate slave traders. The debt took 152 years to pay

Olusoga goes on to reflect that when he was taught about the slave trade at school, “the only aspect…that was ever talked about was the abolition of slavery.” This is a “very selective slice of the history”, he says, and misses out “a critical aspect.” Slavery wasn’t just abolished, the slave owners “were compensated enormously. £20 million for their human property!”

The Movement for Justice and Reconciliation addresses this issue in the film After the Flood: The Church, Slavery and Reconciliation. Not only does Britain throw the kitchen sink at the slave trade but, when it’s slave empire is finally abolished in 1834, it uses 40 per cent of its national budget to pay slavers - not slaves! - £20m in compensation (the equivalent today of approximately £17bn). Tax payers – including many descendants of those who were enslaved - only finished paying that bill 182 years later, in 2015.

What’s striking about the Church Commissioners report is the forensic, financial rigour that has been applied. It begins with a historical account of the Queen Anne’s Bounty, the South Sea Company and its links to the slave trade.

It then outlines the methodology used to review and detail 8,500 transactions in the ledgers of the Queen Anne’s Bounty, associated activities and links to the South Sea Company. An analysis by an independent firm of accountants concluded that an estimated third of all benefactions (donations) to the bounty came from people likely linked to the slave trade.

Truth be told, a £100m is a drop in the ocean in terms of righting the wrongs of the slave trade.

What value can be put on a human life?

However, it does attempt to direct compensation in the right direction. With the Quakers having also recently made announcements about slavery reparations, is the Church finally coming to terms with its past?

I’m second generation Windrush; my late parents came to the UK from Jamaica in the 1950s. They longed to see change in their lifetime. As Martin Luther King once said: “The moral arc of the universe is long, but it bends towards justice”.

Change takes a long time, but change is gonna come!

Mike RoyalMike Royal is a Pentecostal Bishop with the Apostolic Pastoral Congress, a social justice advocate and the current general secretary of Churches Together in England. He was previously the co-chief executive of The Cinnamon Network, and is a founding trustee and former national director of Transforming Lives for Good (TLG)