Could you be the next member of Rend Collective? 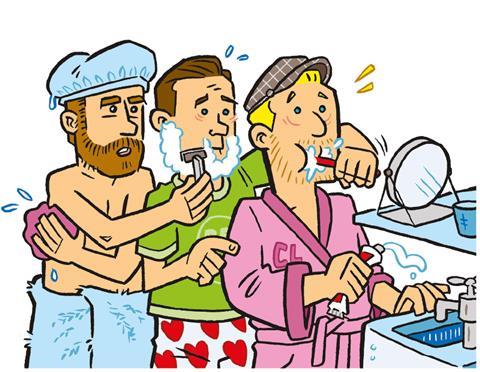 There’s only one quality I look for when auditioning a new band member – and it’s probably not your first guess.

It has little to do with talent. I don’t care whether or not someone is the next John Mayer. Lightning-fast playing means nothing to me. Perfect pitch is negotiable.

You see, I have to live with this person in the extremely limited square footage of a tour bus. The travelling musician’s environment is not at all dissimilar to life on a submarine: a sense of impending suffocation coupled with a lack of personal space. It’s an introvert’s nightmare. For months on end, the first thing I’ll see when I wake up will be their unwashed face. My elbow will bash into theirs as we jostle through the cramped process of communal tooth-brushing. Frankly, it’ll be almost impossible to work out where their body odour ends and my own begins.

Since less than one per cent of band life is spent on the stage, the only trait I’m looking for is neighbourliness.

We all know that we’re meant to “Love your neighbour as yourself” (Mark 12:31); it’s one of the two greatest commandments. But what if we cut through the religious overtones and framed this idea within its lowest terms: Are you easy to live with?

We make being a Christian so complicated at times. Battling over issues that perhaps don’t matter as much as we think they do. Coming up with stances about things. Deconstructing our faith. But what if following God is basically just being the kind of person you wouldn’t mind being stuck with in a confined space?

Jesus doesn’t have much time for the Pharisaic version of personal piety that only happens within. In his teaching, godliness is always expressed in the context of relationship, with God and with each other as well.

When you think about it, nearly every commandment or law in scripture is social in nature: “You shall not murder” (Matthew 19:18); “…act justly and…love mercy and… walk humbly with your God” (Micah 6:8); “Do not judge” (Matthew 7:1). The Bible is, on many levels, a book on the art of being a quality human being (although it is certainly more than that, too!)

If you want to excel at living in community and are looking for some guidance beyond what the Bible already says, I think these three rules are a good place to start:

Give people the benefit of the doubt

Assume that most of the time, people are good and kind and have not made it the goal of their existence to irritate you. Until they give you decent evidence to the contrary, respond to them accordingly.

Do you know that you’re a better person when you exercise in the morning? Do you get grumpy when you haven’t had a snack for a few hours? Do you need to go to bed early to be a calm and pleasant person? Recognising – and acting upon – what you know about yourself can be a great way to live better with those around you. (PS we’re all better people when we spend time with God.)

Conflict isn’t a bad thing but, unless you want to live in a war zone, it pays to be selective. If it isn’t important, let it go. Trust me, it’ll make everyone’s life more fun.

I look forward to your applications for future band membership. The smelly, cramped Rend-mobile is waiting just for you.