The biggest world events to be praying for in 2022 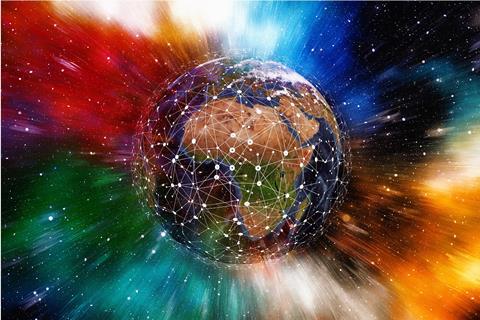 Let’s face it: the years 2020 and 2021 were unprecedented, intense, and for many people, miserable. Lives and nations were turned upside down while the ‘old normal’ of 2019 is a distant memory. Let’s see what we can anticipate in 2022 so that we might fulfil the biblical injunction to ”watch and pray” (Matthew 26:41, Ephesians 6:18).

1. The United States: The eagerly anticipated mid-term election (meaning the president is not running) is scheduled for 8 November. Currently, the Democrats have a slim majority in both houses of Congress. The Republicans are predicted to take the House of Representatives and possibly the Senate too.

2. Australia: A federal election is scheduled around May 2022. Prime Minister Scott Morrison, himself a Christian, is expected to run for re-election.

3. France: French President Emmanuel Macron seeks a second term in April but he will have an uphill battle; watch to see if France picks a centre right or even populist President instead.

4. Hungary: Viktor Orban is the nationalist populist right wing Prime Minister and is running for re-election. Leader of the Fidesz Party, Orban has been in power since 2010. He is a leader of the ‘new Europe’ that rejects the increasingly globalist progressivist pathway of the European Union, and wants an emphasis on nation, family, religion, customs and traditions. In an attempt to bolster fertility, the Hungarian government offers a lifetime exemption from income taxes if a family has four or more children.

5. Brazil: Jair Bolsonaro 65, dubbed ‘The Trump of the Tropics,’ is running for re-election against former left-wing President Luis Inacio Lula da Silva. Lula was recently released from prison for corruption; his conviction was overturned.

6 February 2022 marks the 70th anniversary of the accession of Elizabeth II to the throne; the nation and commonwealth will celebrate her platinum jubilee throughout the year. As of that date, she will be the fourth longest serving monarch in history (e.g. Louis XIV reigned for seventy-two years).

The landslide election of December 2019 seems like an eternity ago. Prime Minister Boris Johnson is fighting calls to resign; the state of the government, its Covid response, status of Brexit, Northern Ireland, are all on the national radar.

This needs a lot of care and prayer. Government spending in the Western world during the pandemic has gone through the roof and inflation is a real worry. Then there is the ballooning national debt. The UK’s national debt was $3.8 trillion in 2015. The United States is $30 trillion (a trillion is a million times a million).

China has gone from being a backward nation when the People’s Republic of China was proclaimed in 1949, to become a potential economic and military superpower. Though a great rival to America and the West, it faces challenges of its own: heavy borrowing and debt; Covid-19 fall out; issues of internal corruption; military adventurism, and more. Also, it is a one-party autocratic state which lacks the normal checks, balances, accountability and separation of powers that the parliamentary democracy has. China also has the world’s largest national church. Watch and pray for this key nation.

The current Biden-Harris administration has another three years to go until 20 January 2025. Biden has said more than once that he will run for re-election in the 2024 presidential race, when he is 82.

At 79 years old with obviously diminished mental capacity, there are serious bi-partisan questions as to whether Joe Biden can even make it to 2024. In addition, his poll ratings are low and those of Kamala Harris even lower.

What’s next? Will they finish out their term or will the 25th Amendment of the US Constitution be invoked that removes an incapacitated leader from power? Or will Biden be impeached by an incoming Republican congressional majority after the 2022 mid-term election? These are not normal times!

A hotspot is a region that has serious problems that could flare up into armed conflict. Watch out for the following:

This virus has dominated our world for the past two years. Will it continue to do so? Will Covid have continued serious mutations? Will the goal of ‘zero-Covid’ be abandoned and ‘managed Covid’ take its place? Will the division between the ‘vaccinated’ and ‘unvaccinated’ continue or be healed? Will governments relax or intensify their Covid response? Will international travel return this year?

Let’s pray for the quick arrival of the post-pandemic world.

Abraham Accords: Negotiated by the Trump Administration and signed in October 2020, the accords were historic: four Arab countries, the United Arab Emirates, Bahrain, Sudan, and Morocco, made peace with Israel. This is the first time peace accords in 26 years have been ratified by Israel and an Arab country. Morocco reputedly now has a military pact with the Jewish state.

Afghanistan: Any objective observer will admit that the American and Allied withdrawal from Afghanistan last year was a catastrophe. The Taliban literally walked into Kabul. Military bases and $90 billion worth of American/Western military hardware were abandoned. Westerners and Afghan allies were left stranded by the US government. China and other western rivals moved in. Terrorists are planning ‘a reunion’ soon and it will be harder to fight them since allied forces are gone and far away.

The small but significant indigenous Afghan Christian Church is being threatened with brutal extinction. Afghanistan ranks the number one country in persecution of Christians.

Iran’s Nuclear Program: Led by the United States, the world confronted Iran about its nuclear program, even though it consistently said it’s for peaceful purposes. The world did not believe Iran and slapped on sanctions. In 2015 the Obama Administration signed JCPOA (Joint Comprehensive Plan of Action), known as the Iran nuclear agreement. The JCPOA delays but does not prevent the acquisition of nuclear weapons. The Trump Administration walked away from the agreement in 2018 and now the Biden Administration seeks to renew it.

For Israel, Iran’s nuclear program represents an existential threat. The Jewish state, which has an undeclared nuclear arsenal of its own, wants a nuclear monopoly in the region. Why? So that the deterrent value of nuclear weapons be maintained.

Israel has not hesitated to imply that a military response is on the table should third-party negotiations with Iran fail. The Jewish state has been known to attack Middle East nuclear sites in the past, (Iraq 1981, Syria 2007).

An attack on Iran’s nuclear program is far more complicated, since there are multiple sites, some of them deep underground. Of course, there is the danger of an Iranian counter attack, either directly or using its Hezbollah proxy in Lebanon. Hezbollah launched 4,000 rockets against Israel in the 2006 war; now it boasts of 100,000 rockets, supposedly able to reach all parts of the Jewish state.

LEBANON: The long-suffering Lebanese, whose nation was the ‘Switzerland of the Middle East,’ have serious economic woes with a devalued currency and rising poverty. The massive explosion at Beirut Bay in August 2020 was national setback. If Hezbollah attacks Israel because of a military strike against Iran’s nuclear facilities, the Jewish state will retaliate and the Lebanese will be caught in the crossfire.

Remember Israel, Lebanon, and the Middle East in prayer. It will make a difference.