You are not what you earn

After Rachel Maclean MP suggested people deal with rising prices by “taking on more hours or moving to a better paid job”, Tim Farron MP reflects on what the Bible says about our true value 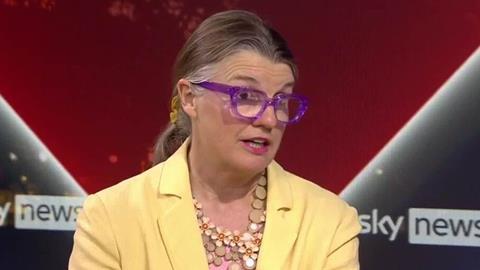 The Government minister Rachel Maclean has been heavily criticised this week for suggesting families could “protect” themselves from the cost of living crisis by taking on more work.

To be fair to Maclean, she did say this was part of a longer-term government plan. But my concern is the cost of living is rising to crisis levels for millions of families right now.

Food, fuel and energy prices are soaring and the reality is that many people are already working multiple jobs and yet still have to rely on food banks to feed themselves and their children. Nobody wants to be in this position – relying on benefits and charity is often seen as shameful in our society. We need an urgent debate about what a sustainable living wage actually looks like. While some price rises are beyond the UK government’s control, it does have powers to control the levels of support available to people.

There is a political argument raging about the way our system functions, whether our resources are distributed fairly and how large a role the government should play in the welfare state. Christians across the political parties will often come to different conclusions about the best policies to pursue, but there are some broad biblical principles around work that we can use to guide our thinking.

The Bible and work

It is important to note that the Bible introduces the concept of work before the Fall. In other words, work is part of God’s good creation. The Bible tells us that Adam and Eve were given the earth to manage. Genesis says: “God blessed them and said to them, ‘Be fruitful and increase in number; fill the earth and subdue it.’” (1:28) Of course, following the Fall, we are told that the work got harder. “Through painful toil you will eat food from (the ground)…It will produce thorns and thistles for you…By the sweat of your brow you will eat your food” (Genesis 3:17-19)

God wants us to honour him with what we do, whatever role we play

The Bible also talks of the importance of not being lazy. 2 Thessalonians 3 says quite starkly: “If a man will not work, he shall not eat”, so we should not assume that other people owe us a living. But the Old Testament is also very clear about making provision for those who cannot support themselves, and about treating others fairly. Leviticus warns: “Do not take advantage of one another” (25:17).

In the days before the concept of government welfare, neighbours supported one another, ensuring the widows and fatherless – the most vulnerable in society – were cared for. People gave a tithe of their produce to the Lord and a proportion was distributed to the poor. Today, we give our elected government a mandate to collect taxes and spend them on our behalf.

But work is not simply a means to an end. We should not define or value ourselves by what we do. We often put value on a job according to how well it pays, but does a Premier League footballer who earns millions really do a more worthwhile job than a care home worker on the minimum wage? And if you are unemployed, chronically ill or a stay at home parent, are you really of less value because you are not in ‘productive employment’?

The Bible introduces the concept of work before the Fall. It is part of God’s good creation

Some of the most vital and valuable jobs are paid shockingly badly. We started to recognise this during the pandemic when there was focus on NHS workers, delivery drivers and supermarket staff. God tells us that our worth is never found in our jobs. He does not define or value us by what we do for a living, or how much we are paid. We are all made in his image and valued deeply for our very existence, and he wants us to have a proper perspective of our status as his children.

At the same time, God wants us to honour him with what we do, whatever role we play and whatever value society places on it. Ultimately, God is the only one we need to please. Paul reminds us: “Whatever you do, work at it with all your heart, as working for the Lord, not for human masters.” (Colossians 3:23)

So today we need to pray for our society to develop a better concept of work and its value, for wisdom for our leaders as they seek to tackle the cost of living crisis, and for all those who are struggling to make ends meet or feeling unfulfilled in their work. We pray for practical solutions so no-one has worry about where their next meal is coming from; for comfort in anxiety, strength to carry on, and a real understanding of our worth in God’s sight.