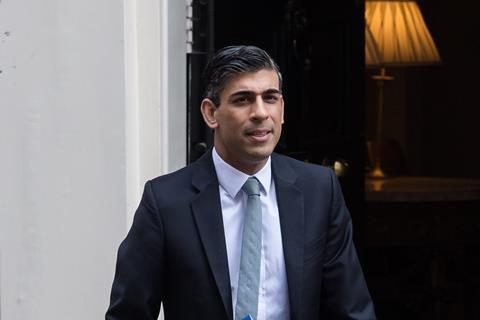 It’s hard to overstate how badly the Government has handled revelations about the personal tax affairs of Rishi Sunak and his family.

In case you’ve missed it, this is a furore that’s blown up just as the Government has increased taxes on workers – especially the less-well-paid – against a backdrop of truly frightening cost of living increases. MPs on all sides have criticised the move, recognising how difficult life is about to become for many of their constituents.

The Bible is full of examples of God’s concern for people in poverty; whether it’s instructions for landowners to leave gleanings for the widow, the poor and the orphan; the Jubilee principle of cancelling debts; or the early church practice of holding all things in common; we know that God cares about a fair society that meets the needs of all.

But even as commentators questioned the morality of increasing taxes on working people, another story surfaced – one which has prompted many to ask whether those making the rules really understand – or care – what it’s like for the less privileged trying to make ends meet. Again we see in scripture that God sets high standards for those with power and wealth and expects them to act with integrity and fairness (think of Amos’s challenges to the wealthy on their treatment of workers, for example).

As we have learned, the Chancellor’s wife, billionaire Akshata Murty, has chosen to be a “UK non-domicilary” – someone who, because they don’t regard the UK as their ‘forever home’, can elect only to pay tax on the income they derive from within the UK itself. This isn’t a casual decision: ‘non-doms’ pay a fee of £30,000, as well as proactively re-selecting this as their chosen tax treatment each year.

This matters because Ms Murty has investments in a company called Infosys, based in India – her own stake is estimated as being worth more than £500m. And under the tax treatment she has chosen, she doesn’t have to pay income tax in the UK. The story doesn’t end there: there are also questions about why both the Chancellor and his wife apparently hold ‘Green Cards’ entitling them to live and work in the US, when Ms Murty’s non-dom tax status indicates that she intends to return to live in India.

Now, we should be clear: there’s nothing illegal about what Ms Murty has been doing. But it does raise questions of morality when at the same time, her spouse is raising the tax burden on families to levels not seen since the 1940s. Indeed, there are now questions about whether the Chancellor has adhered to the ministerial code, by which ministers have to set out any potential conflicts of interest, including through their close family members’ interests.

Fundamentally this is a question of fairness. Ordinary people don’t have access to the loopholes and ‘financial structuring’ that the very wealthy do, and they’ve no choice but to stump up – especially when in many cases their taxes are deducted at source. In light of the outcry, Ms Murty has, to be fair, said that she will forego the use of this tax privilege – but this comes only after years of avoiding paying UK tax of an estimated £11.5m in annual dividends from Infosys.

As Christians, we know we’re called to share in any abundance with which we’re blessed. Paul reminds the rich to give generously to the less well-off: “For I do not mean that others should be eased and you burdened, but that as a matter of fairness your abundance at the present time should supply their need, so that their abundance may supply your need, that there may be fairness” (2 Corinthians 8:13-14). So it’s uncomfortable to see those in power creating and using rules that let them do the exact opposite.

All of these things underpin the rationale for our Good Measure campaign at Church Action for Tax Justice, calling for a wealth tax on the richest 1 per cent. We believe that, like the tax collector Zaccheus, the rich and powerful who make the country’s tax and social policies, themselves need to make a fair contribution to society. Luke’s gospel commands us to “Give, and it will be given to you. A good measure, pressed down, shaken together and running over, will be poured into your lap. For with the measure you use, it will be measured to you.” (6:38) We call on the Chancellor to use the same measure for himself and his family as the one he uses for ordinary people up and down the land, who are struggling to make ends meet.

Cat JenkinsCat Jenkins is a programme manager at Church Action for Tax Justice. She’s a former regulator, director of offshore financial businesses, and has taught and lectured on financial services issues such as compliance. The mother of twins is a Methodist who is studying for a Masters in Digital Theology, and is on the Core Team of Deep Adaptation, a group which advocates for compassionate and just responses to the climate and ecological crisis.