Tax cuts for the wealthy and trickle-down economics? Jesus had plenty to say about that…

The biblical story of The Rich Man and Lazarus should act as a stark warning for Christians who support the Chancellor’s ‘mini-budget’, says Cat Jenkins 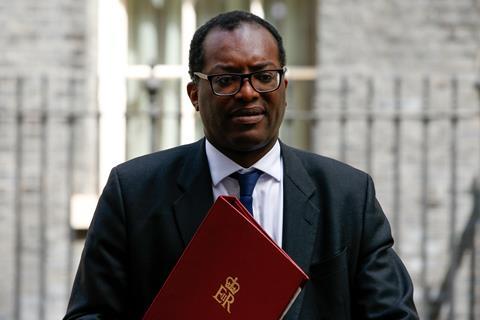 For those of us of the Christian faith (and indeed, of many other faiths) it was deeply concerning – not only because of its financial impact on families, but also in terms of the moral path it sets our country on.

Given the depths of the cost-of-living crisis, and the prospects of worse to come, I confess to having been shocked to see tax handouts made to the rich. These seem designed to increase the UK’s already shameful wealth and income inequality, rather than help the wider society that this Government is supposed to be in service to.

It was timely, then, that the Gospel reading this past Sunday, for those of us who follow the Lectionary, was Luke 16:19-31. This is the story of the rich man and Lazarus, and of how the eventual fates of these two people are bound up with their experiences of wealth and poverty during their lifetimes. It’s a very practical story, showing how our attitudes to wealth both exemplify and influence our spiritual and moral integrity.

This is a timely story. And it reinforces a question that Jesus himself asked often: what are the wealthy doing with their riches and how are they helping the most vulnerable in society (Mark 10, Matthew 25)?

How do we respond to these biblical challenges today? Does the economic system within which we live nowadays reflect our Christian values? From this most recent budget, it would seem that many of our leaders favour the rich over the poor. They peddle the myth that tax cuts for the wealthy and for corporations increases growth, and that growth benefits us all. It absolutely doesn’t.

The trickle-down approach that includes a raft of tax cuts, will only increase the wealth of a very small minority. The Government is taking a huge gamble that this will lead to economic growth – and the fact that they have refused independent scrutiny of the numbers is concerning.

As Christians, we cannot and should not stand by while these injustices take place

The emphasis of these cuts is not to put cash in the hands of poorer people, who tend to spend it, but instead to give more to the wealthiest, who tend to hold on to it. It is also not at all clear that such an approach will lead to more investment (for example UK corporation tax has been falling steadily for years but private investment here remains low compared to other countries).

The story of The Rich Man and Lazarus clearly shows that God cares deeply about how those of us with wealth use it, and how we treat the poorest. And like the rich man, we’ve no excuse for not knowing better.

As Christians, we cannot and should not stand by while these injustices take place. Calling for change is never comfortable – but then Christ didn’t promise us a comfortable life. It is critical that we campaign for policies which work towards the common good and the fulfilment of all people, which Friday’s mini-budget does not do.

This is why Church Action for Tax Justice continues to call for a wealth tax, levied on those richest among us who, in most cases, have already benefitted financially from the pandemic, so that the revenue raised can be used to help those scandalously struggling with the cost-of-living crisis.

Cat JenkinsCat Jenkins is a programme manager at Church Action for Tax Justice. She’s a former regulator, director of offshore financial businesses, and has taught and lectured on financial services issues such as compliance. The mother of twins is a Methodist who is studying for a Masters in Digital Theology, and is on the Core Team of Deep Adaptation, a group which advocates for compassionate and just responses to the climate and ecological crisis.