The Church has benefited from Facebook. But should we embrace Zuckerberg’s Metaverse?

Is the recent Facebook rebrand a business decision to distance themselves from bad publicity, or a genuine response to what Mark Zuckerberg sees as the future of the internet? And what exactly is a metaverse anyway? 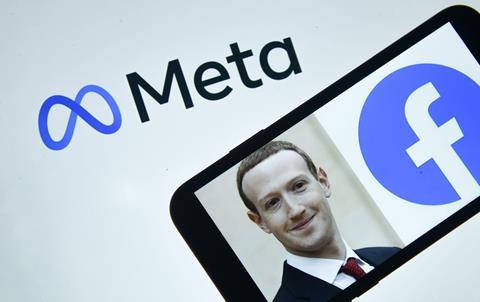 In the last few months, Facebook has become embroiled in a number of problems around trust, data manipulation and information extremism – for example, pushing users into even more extreme versions of their particular posts and refusing to mark content that denies climate change.

Amidst the controversy, Mark Zuckerberg has renamed Facebook as Meta. The intro video to the new concept, fronted by Zuckerberg himself, talks of the wonders of Facebook and how it was developed to connect people with one another. Of course, we all know that it started off as a dating app for an elite university, but yes, it does now also connect people… And the Church has benefited greatly from this ability to connect during lockdown. We have learnt how to use Facebook to stream church services, for evangelism and for fellowship. But many would argue that the company farms user data, manipulates user experience and promotes radicalisation. So the big question is: has Facebook come to end of its natural life?

Enter Meta. The new name seeks to separate Facebook from other new developments around the concept of the metaverse. This could be seen as a good way to protect Zuckerberg’s business interests from the problems currently facing Facebook, as well new laws and taxes, proposed by US and European lawmakers, which may affect social media companies. But it’s not just about tax avoidance. This is also about Facebook switching its focus to what Zuckerberg calls “the next chapter for the internet” - immersive technology, such as augmented reality, smart glasses and virtual reality, involving new tech which Facebook is currently developing.

Don’t know what these things are? Let me explain:

The use of smart glasses (remember Google Glass?) or smartphones to see information tagged onto real life locations or objects. Augmented Reality (AR) has been around for a while now (think games like Pokemon Go) but has also been utilised by churches and Christian organisations to create prayer walks around local villages and pilgrimages among street art installations. Augmented reality environments could offer the opportunity for monetisation – for example, an augmented shop where you click on “Buy Me” tags as you walk through the store and then collect all your goods as you leave.

Virtual Reality (VR) is the creation of a scenario within a computer programme with which people can engage in an apparently real way through the use of a special headset (Oculus, Quest etc) and other peripherals. Meta also promotes the use of the headsets for concerts, sports events and educational activities.

In the early days of the internet, you could only read or watch what was on the web. Now, Zuckerberg is proposing we actually enter into the web itself

AR and VR have appeared in science fiction for years. Think books like Tad Williams’ Otherland series or films such as Total Recall, Matrix, Ender Game, or, more recently, Free Guy. There have also been immersive worlds developed before, most notably Second Life, an immersive world in which users create an avatar (with no link to their actual appearance, creating safeguarding and identity concerns) and explore a virtual world that includes churches, shopping malls, sex shops, theatres, art galleries and beautiful beaches. It’s a place to wander and meet people - some people have even met and married in Second Life. 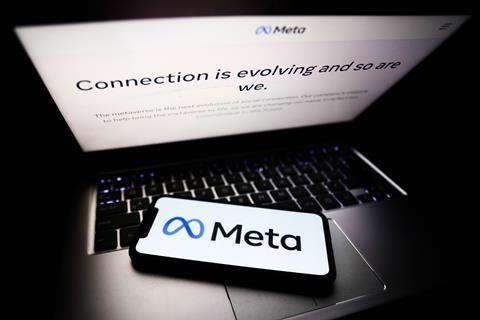 The metaverse, as proposed by Zuckerberg and his team, is being pitched as the next development in the internet, and will work along similar lines to Second Life. In the early days of the internet, you could only read or watch what was on the web. Today, we interact with social media, create our own content, exhibit our lives through Tik Tok and Instagram and rant on Twitter. Now, Zuckerberg is proposing we actually enter into the web itself - into new, immersive worlds through the use of virtual reality – a kind-of Second Life superimposed on top of the real world through augmented reality. Wearing Meta’s new smart glasses, we might see cat-like human avatars walking around our streets or schools or homes that remain unseen to those outside of the metaverse.

The Church has learnt how to use Facebook to stream church services, for evangelism and for fellowship during lockdown

When Zuckerberg talks of immersion into the metaverse, it sounds much more like virtual reality - the kind of world explored in Ernest Kline’s Ready Player One. Some of the problems with this idea are explored in Kline’s second book, Ready Player Two, as well as in many other science fiction stories. For example, what would happen if we were imprisoned in a virtual world through a computer glitch?

But even beyond the philosophical questions raised by these technologies, there are also very practical dangers to consider, such as cyberbullying, predatory behaviour and identity theft. A human metaverse does not stop us being flawed humans capable of bad as well as good – and it may, in fact, bring out the worst in us. How do we stop a virtual reality storming of the US Capitol from becoming a real storming of Capitol Hill? Or a virtual terrorist attack becoming a real one? Could the metaverse become a place to explore the depths of human depravity, serving only to lower natural resistance and remove taboos associated with doing such things in the real world?

The bigger question is whether Zuckerberg is heading in the right direction. One of the problems with virtual reality is the increasing dehumanisation of our existence. In other words, by becoming an avatar in a VR world and experiencing things only through two of our five senses (sight and sound), do we become less human? In Ready Player One, Kline avoids this by adding in other senses, specifically touch, through the use of haptic suits – although smell and taste remain limited to life outside the digital oasis. Compare this to James Cameron’s film Avatar, in which wheelchair-bound Jake Sully is linked to a VR body which can run through a field, taste fruit, smell the forest, and be fully immersed in a tactile universe (which is total science fiction, by the way!) and, as a result, he never wants to leave.

Meta and the environment

Meta immerses us into another world and, as in Kline’s concept of the oasis, gives us a temporary escape route from the horrors of a world, including one that exists in the grip of climate catastrophe. But is the internet meant to be an escape route? Should we be seeking to build more worlds, using more data centres - which need more and more energy to cool them down - to escape from the world which God has created for us to live in? Wouldn’t it be better to look at how we might use these technologies to reduce our impact on the climate – for example, creating holographic representations of ourselves to send messages to loved ones, or to ‘teleport’ our images to the bedside of distant relatives? Wouldn’t such social presence in the created world be a better deployment of technology, rather than creating yet more ways to help us forget the increasing problems caused by our own misuse of the planet God gave us already?

Is Meta a dead cat, thrown onto the table by a troubled digital entrepreneur to rescue his own digital creation? Or is it a wonderful new opportunity to explore new worlds at the touch of a button? And how will humanity fare in this next iteration of the internet?

Dr Pete PhillipsDr Pete Phillips is Premier’s Head of Digital Theology and a researcher at Durham University. With a PhD in John’s Gospel and many years’ experience of teaching and researching the New Testament, Pete now explores the interface between all things digital and theological. He is the author of Engaging the Word (BRF) and The pixelated text
Follow @https://www.twitter.com/pmphillips