The Census proves the UK Church must change. Here are 7 suggestions

The fact that less than 50% of the population identifies as Christian, should be a wake up call to all of us, argues William Wade 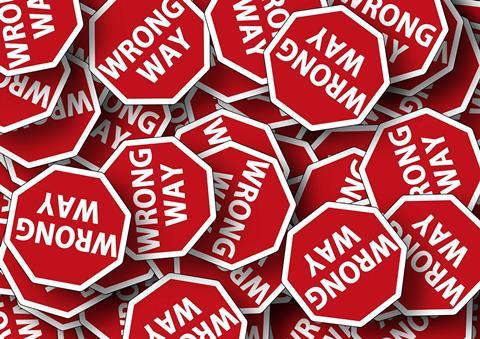 The logical knee-jerk reaction to the Census results is to lament our growing irreligious society, reinforce the walls of our fortress churches and watch as religion in Britain fades away under the ever-louder shrieks of the National Secular Society.

But that isn’t what we’re called to do. I wonder if this Census could be a welcome bolt in leading us to ask the questions that we are often afraid of asking?

I believe it’s time to wake up to the fact that there are aspects of the British Church that, painful as it may be to admit, we need to remove; and the sooner the better.

Here are seven theses on how we can move forward in our outreach and evangelism. Lifting up the drawbridge of faith and remaining in our castle cathedrals isn’t an option. It never has been.

1. Less walls, more places at the table. Most people see their local church as being a building where spiritual practices take place - practices that have nothing to do with their daily lives and hail from a bygone age. We need to get the message across that we are more of a family than a cult; more of a hospitable welcome centre than a cold, harsh secret society; more of a table than a set of walls.

2. Less frocks, more hoodies. There will of course be the counter argument that ceremonial dress is necessary in certain contexts (Remembrance, weddings, funerals, etc.). However, when it comes to the everyday image of the vicar or minister, we need to dress down in order to engage. For many people, formality of dress implies the professional clergy person is somehow 'other than', perhaps subliminally suggesting 'better than' them.

3. Less pointing the finger, more good news. Fairly or unfairly, the perception of Christians in Britain is of hypocritical, angry and out-of-touch, holier-than-thou busybodies pointing out everyone else’s sins and ignoring their own. As the Church in Britain, we have not exactly portrayed a life in God that is brimming with abundant life and utterly transformational in nature. We have not been good news people as a whole, but more insipid or mediocre news people. We need to take away the pointing of the finger and once again embrace the posture of joy unspeakable and full of glory.

4. Less moralising, more prophetic living. Is there really a place in the mind of God for a ‘Christian nation’? As the people of God, we are more influential as salt and light to a nation in darkness than as the moral majority. We are called to live counter-cultural lives. To use church speak, prophetic lives – living out the kingdom of God in ways that make others look at us and ask why we live the way we do.

5. Less hierarchy, more Jesus. After the televised state funeral of HM the Queen, I was out running with an unchurched friend and he was asking me about the roles of Bishops, Archbishops, and other roles he heard of during those days of mourning. He asked if we had such roles within our own Union of churches and I replied that we did not. His response was, “Good, just as it should be.” My friend may not speak for everyone, but plenty of non-Christians do look on with confusion at our hierarchies of ecclesiastical power, especially in light of Christian claims to follow a saviour who took the lowliest of places in order to serve others. As a Church, if we are to mimic anything or anyone, it is to mimic Jesus and not the secular power plays of the executive world around us.

6. Less state, more subversion. This is not a plea to abolish the state Church of England, but a plea to be busier in being subversive as a Church rather than simply relying on state accommodation for our influence in society. We are, as a Church, more influential speaking truth to power than trying to hold the reins of power. The subversive nature of the Church has always been in the planting of small seeds and shaping society with the help of God, not in enjoying positions alongside the powerful from which to exert our own brand of religion.

7. Less editing, more broadcasting. We often edit the Bible in order to appease our cultural trends, rather than broadcasting the great message of the good news of Jesus in a more winsome way. The problem is that we feel that by agreeing with cultural trends we will win over society. In fact, the opposite is true. Society would rather have a Church with a backbone than one with a limp wrist.

Of course, these theses are up for debate. But I have worked with the unchurched for a long time, and so they are not theoretical imaginings. Something needs to change, and I believe it is us, not them. I, for one, am not willing to sit back and accept that people don’t want God anymore. The truth of the matter is, for a lot of people, they don’t want the God that has generally been on offer.

William WadeWilliam Wade was radically converted from a troubled background in greater Belfast. He then spent 7 years as a British soldier, 14 years as a full-time missionary to British Forces and is now a Baptist Minister in Cuffley, Hertfordshire.