Is Christianity declining in England and Wales?

The traditional expression of Christianity that was once part of England’s cultural fabric is waning, the recent Census results suggest. But what of other expressions of the faith? Heather Tomlinson investigates 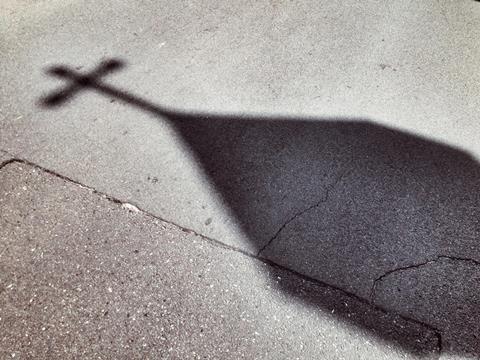 The headlines on the latest Census – published every decade by the Office for National Statistics – predictably focus on a “decline in Christianity” in England and Wales, because less than half the country identifies with its historic religion for the first time. Yet, for many practising Christians, the news that only 46.2% of the country identifies as Christian is unsurprising.

It is often argued that such apparently depressing statistics only reflect the death of nominalism. As our older generations leave this earth, they take with them a society that held to the term and tradition of Christian. But while they may have had more respect for the Church and its values than the modern world, they did not necessarily have a living, active or engaged faith.

Many want to keep the traditions while rejecting the spirituality. As right-wing journalist Tom Harwood said on Twitter: “The census should have offered an option for ‘culturally Christian’. You don’t have to believe in a god to quite like Christmas, Easter, hymns, and all the cultural infrastructure that goes along with it.”

Some may have nostalgia for the traditional Sunday School and its moral foundations, the earnest parish vicar, the quaint stone buildings, and the beautiful but archaic phrases of the King James’ Bible and the 1662 book of Common Prayer. But did these institutions, that were a part of England’s cultural fabric, produce good spiritual fruit? If they are not part of a loving Church that is enthused about its Christ, then there is a serious spiritual problem – a house of sand that can’t withstand a flood. Perhaps the English Church needed to be knocked down and rebuilt; the foundations relaid?

It may feel as though that has already happened. A rise in those saying they have “no religion” from 25.2% in 2011 to 37.2% in 2021 has been interpreted as a rise in atheism or secularism. But “no religion” is not necessarily synonymous with “atheism”. A recent report by Theos found that only half of those who say they are not religious are firm in a belief that there is no God. Many consider themselves to be spiritual or have a belief in the supernatural – some not believing in a “personal God” but acknowledging a “higher power” of some kind.

In practice, there are very few people who are committed atheists: “The census only found 32,000 agnostics, 14,000 atheists and 10,000 humanists,” points out Peter Lynas, UK director at the Evangelical Alliance (EA). “Most Christian denominations are bigger than these groups, despite the generous media coverage they receive.” This was demonstrated by the Census coverage itself, as Danny Webster, also at the EA, said: “The Guardian’s report on religion and the census quotes one Christian, two from Humanists UK, and one from National Secular Society.” Arguably not a case of balanced coverage.

Very different conclusions can be drawn depending on how terms are defined. The Evangelical Alliance was quick to point out that according to the “Talking Jesus” research, the proportion of the population who are “practising Christians” - who attend church at least once a month and pray or read the Bible at least once a week – has actually stayed the same at around 6% of the population over the decade.

To complicate the picture further, this encouraging recent survey found that a significant number of people have basic Christian core beliefs, even though they don’t regularly go to church or pray. “20% of the UK population think that Jesus is God in human form, who lived among people in the first century,” stated the Talking Jesus research, which found this figure to be slightly higher in younger generations. Similarly, 45% of people believed in Jesus’s resurrection from the dead in some way. And a recent CofE survey found that more young adults had prayed in the last month (32%) than older generations.

So despite all the doom and gloom about Christianity’s demise in this country, on some measures, our culture seems to be becoming more spiritual, not less. Perhaps 1 Samuel 16:7 could be relevant here: “For the Lord sees not as man sees: man looks on the outward appearance, but the Lord looks on the heart.” It’s impossible to judge the spiritual state of England by counting ticked boxes and bums on pews. The Census uses blunt, broad categories that don’t seem to successfully represent what has become a much more complex collection of beliefs and practices in the UK.

“The Census definitely does not show that we are living in a society that has turned its back on religion,” said the Bible Society’s Head of Research, Dr Rhiannon McAleer. “Religious identity is changing… it may be that people are less willing to wear a label that doesn’t accurately describe them. It’s not necessarily that they have lost a genuine and heart-felt faith.”

That doesn’t stop some secularists from using the Census to argue for removing Christianity from the public space. For example, Stephen Evans, the CEO of the National Secular Society, said: “The current status quo, in which the Church of England is deeply embedded in the UK state, is unfair and undemocratic – and looking increasingly absurd and unsustainable”

The EA rejected such attacks. “The decline in census figures does not diminish the impact of essential contributions practising Christians make every day to our society, and should never be a foil for limiting the role of Christians and the Christian faith in public life,” said Webster.

The Census figures on religion are published at the same time as those for the ethnic population of England and Wales. Perhaps this is why some who oppose immigration seized on the Census results with an implication that new residents from abroad are leading to the decline in church numbers.

It is correct that the numbers of Muslims have increased from 4.9% to 6.5% of the population, but this modest rise is not entirely due to immigration, and it is very small compared to the proportions of people identifying as Christian and ‘no religion’. A glance at the graph provided by the ONS shows that Christianity is still by far the largest religion in England and Wales.

It can easily be argued that immigration has had a positive effect on UK church numbers in recent years. The large numbers of Polish people who moved here have swelled the ranks of the Catholic church. Now, 25% of practising Christians are from an ethnic minority, according to the Talking Jesus research. Black Christian communities often practice their faith with a vibrancy that can be lacking in more traditional English churches. “For many black African communities in Britain, Christianity is everything,” wrote Tomiwa Owolade in Unherd earlier this year. “You have to go to London, especially the inner-city, to find England’s most vigorous forms of Christianity.”

Owolade points out that the countries that were once evangelised by British missionaries are now supporting the UK Church. “What can be more beautifully Christian than the fact its future in the bosom of what was once the largest empire in the world is now being sustained by communities it once colonised?” he wrote.

Pew Research says that the world’s most committed Christians are in Africa and the Americas, whereas Europe has seen steady decline. Whether its the underground church in China, or the dramatic growth of Pentecostalism among developing nations, revivals are taking place. Perhaps the UK Church needs to learn from its overseas brethren in order to encourage its nominal or unsure Christians to commit and grow in their faith.

Future generations of believers – and non-believers – will have a choice as to whether they retain traditional English Christian infrastructure. But don’t be mistaken – its presence or absence may not reflect our true spiritual state.