With the number of people identifying as Christians continuing to plummet, you might think the latest census is bad news for the Church. But Peter Lynas has a different perspective on the figures 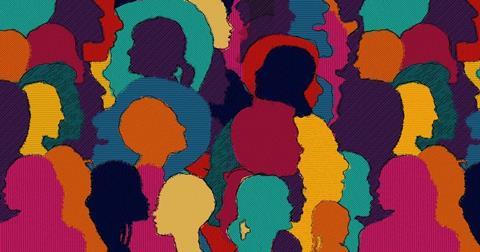 The headlines of doom and decline were predictable. The percentage of people in England and Wales identifying as Christian is down. This is hardly news - at least not headline news. Everyone knew this was coming. In fact, many of us were surprised that the figures remained so high.

In our increasingly secular country there is no benefit to cultural Christianity. There is little reason to tick the Christian box based on some nominal identity. And yet 46.2% of the population did tick that box on the census form. Now, if we could understand these figures better that would be news.

The Evangelical Alliance, along with others, was part of a piece of research called Talking Jesus. It found that 6% of the population can be described as practising Christians. This means they worshipped as part of a church community at least monthly, and prayed and read the Bible at least weekly. This equates to four million people who are passionate about sharing their faith and meeting the needs of others through food banks, debt counselling or providing a warm welcome during the cost of living crisis. The research found that 25% of practising Christians are from black and non-white minority groups. The church is bigger, more impactful and more diverse than many realise.

We also discovered that 45% of the population were willing to tick the box to say they believe in the resurrection. Also, 54% believe that Jesus was a real human being. Note how closely this ties in with the latest census figures for those who identify as Christians. The majority of those who ticked the Christian box in the census may not attend church regularly, but there is likely an openness to Jesus and the history defining moment of the resurrection.

It is also interesting to note the rise of the ‘nones’ in the census. The census tells us that the Christian population has dropped by 13.1%, which is a lot. But most aren’t off to follow a new religion. The biggest rise, up 12%, was in those who ticked ‘no religion’. The census only found 32,000 agnostics, 14,000 atheists and 10,000 humanists. Most Christian denominations are bigger than these groups, despite the generous media coverage they receive.

So the census figures may show that nominalism is dying. But that group, representing almost half the population, likely believe in Jesus and the resurrection. Even the 22.2 million who ticked ‘no religion’ haven’t opted for another religion. Some aren’t convinced by the sanitised version of Christianity they have been offered, but they also aren’t convinced by anything else.

Of course these census figures aren’t unmitigated good news. But our plural public square is a strange mix of cultural Christians, nones and the deeply religious. One of the challenges is that Christianity has historically provided the scaffolding on which our society has flourished. It has laid the foundations for justice, freedom, rights, democracy and the dignity of every human life. A loss of cultural Christianity puts some of these key ideas at risk. The secular story simply cannot provide a grounding for human rights and equality. Our culture is taking the fruit from the tree of the Christian story while attacking the roots at the same time. That isn’t sustainable over the long term.

But, the fields are white unto harvest. Despite our increasingly secular culture, 27.5 million people ticked the Christian box. They might not mean what I did when I ticked that box, but it suggests a lot of openness. Talking Jesus also found that one in three non-Christians are open to talking more about Jesus.

The media coverage is likely to be largely negative, but behind the headlines, the picture is much more interesting. And the Christmas season is a great time to invite people into the wonder of Emmanuel - God with us. They are more open than we might imagine.

For more on this story see 'We are now a minority Christian country. Here are 4 ways believers should respond’