We are now a minority Christian country. Here are 4 ways believers should respond

There has been a large fall in the number of people who consider themselves Christians, according to census results released today. For the first time on record, Christians now make up less than half the population of England and Wales. But we need to read the data with a health-threatening quantity of salt, argues Mark Woods 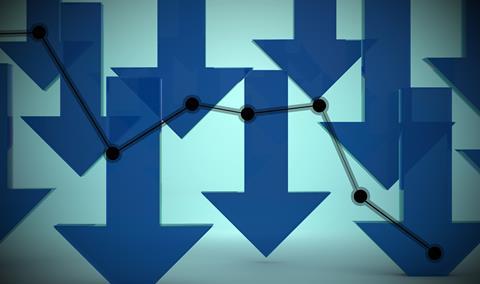 The relevant Census results are out, and there’s another drop in the number of Christians in the UK.

The Census - taken in March 2021 - asks, ‘What is your religion?’ The numbers for England and Wales have now been crunched, and now we know.

While more than half of the population still claims a religious faith, there’s been a decline in the number of professed Christians from 59.3 per cent to 46.2 per cent.

At this point, the natural reaction is for gloom to set in among Christians, and glee among secularists. For both, it’s another nail in the coffin of institutional religion.

Believers might either look rather desperately for silver linings (it could have been worse), scour the Bible for comforting teaching on the Last Days (good luck with that), or proclaim that revival is a dead cert if we just pray more (no comment). Whatever the response, there’s a sense that the hard work we put into evangelism and church life (and my goodness, it is hard sometimes) just isn’t paying off. For secularists, it’s a cue to step up attacks on religion in schools and bishops in the House of Lords. If we aren’t a Christian country, why are we pretending that we are?

Let’s leave these militants for a moment, or this article will become rather unwieldy. How should believers respond to these figures? And can we, at a purely human level, look with any kind of confidence to a brighter future for the Church? Here are four suggestions.

When Mark Twain’s obituary was mistakenly printed early, he said: “The report of my death was an exaggeration.” Well: people have been reporting the death of Christianity for ages, and we’re still here. The idea that society is remorselessly secularising grew up in the 1960s, an era of much sloppy thinking. The idea that over half a century later around half the population would still identify as Christian would have astonished sociologists of the time. Or as GK Chesterton said, “At least five times the Faith has to all appearance gone to the dogs. In each of these five cases it was the dog that died.”

You don’t have to know much history to realise that there have been times during the last 2,000 years when Christianity has been in far more desperate straits than it appears - in Western Europe, at least - to be at present. A little perspective goes a long way towards calming Christian jitters.

The Census is a highly respectable source of information, but you get the answers to the questions you ask.

This question isn’t about churchgoing or belief in particular doctrines, it’s about identity. And it’s always been the case that far more people claim to be ‘Christian’ than ever attend church. But what does that label mean? That they were baptised at a few weeks old? That they were married in church? Or do they just feel that ‘no religion’ doesn’t quite do it for them, and they’re sure they aren’t Sikhs or Jedi? Does it have something to do with Britishness and history, and the sense of belonging that many people feel when they’re poking around an ancient parish church on holiday, even if they never actually ‘go to church’?

If there’s a decline in the number of people identifying as ‘Christian’ in this sense, it’s not necessarily something to be regretted. It could be that people are more religiously sensitive, and more comfortable saying what they really think. It also, I think, reflects the dominance of evangelicalism, which draws sharp distinctions between ‘saved’ and ‘unsaved’, in UK Protestant church life today. People who don’t go to church and don’t think much about religion know they aren’t Christians, because we tell them they aren’t. So - and yes, this is peak irony - the more successful evangelicals are, the fewer people identify as Christians. The chances are, then, that this is more about labels than people losing a heartfelt faith.

3. Don’t rely on just one source

If you want to know the state of UK Christianity, the Census will only take you so far. It doesn’t tell us about what people believe, or how they feel, or even how often they go to church - the latter being arguably a far more significant metric.

It’s actually rather difficult to measure churchgoing accurately. Some denominations, like the Methodist Church, keep very good records, while non-denominational and new churches might not bother, or may not be eager to publish them publicly. The problem for researchers is that the denominations that keep good records are the ones that are in the steepest decline, while the ones that don’t - often charismatic and Pentecostal streams - are more likely to be growing, and this skews the picture.

However: if we look at other surveys we can find indications that religious practice is far more steady than the steep decline shown in religious identity through the Census data. Another data source is Bible Society’s own monumental research programme, launched in 2018. We asked a massive 19,000 people in England and Wales what they thought about life, faith and the Bible - and whether they went to church - and have followed this up regularly since. Our latest wave of this survey, in May - of 3,485 respondents - indicates that churchgoing has been stable since 2018, at 7 per cent who attend at least weekly, and at 10 per cent (including weekly churchgoers) who attend at least monthly.

So while it’s true that some denominations are declining precipitously - largely because their congregations are aging and not being replaced - the overall picture is not one of decline but of stabilisation, if at a lower level than believers would wish to see. And of course, even that doesn’t tell the full story! Churchgoing might be declining in one part of the community, but rising in another – we’ve found that Chinese Diaspora churches are flourishing, for instance.

All this is to show not just how endlessly fascinating is the craft of research, but also that we should take the Census data with a health-threatening quantity of salt. It’s a drifting factoid in a sea of information, which needs to be anchored in reality.

Bible Society repeated the Project Isaiah survey in 2022, and we’re still getting to grips with the results. One of the things we found in 2018 was that people’s thoughts and feelings about religion and the Bible are much more nuanced than we thought, ranging from Bible Loving at one end (a good number of the people reading this article) to Bible Dismissive at the other. In between these two poles sit around two-thirds of the population.

When we re-ran the project this year, we found that among those who say they have ‘no religion’ there was a significant decline in the number saying there is ‘definitely/probably not a God/gods or higher power’ – from 79 per cent in 2018 to 72 per cent in 2022. So whatever the reason (perhaps the pandemic?) there’s been a shift from people firmly rejecting faith towards people saying they ‘don’t know’. Over the same period, among the general population, the number who said there was ‘definitely/probably a God/gods or higher power’ has stayed the same, at 38 per cent.

Using a technique called cluster analysis, we identified eight segments in the population based on their answers to a series of questions about the Bible and faith. We’ve established that 24 per cent of the population (up from 20 per cent in 2018) fall into segments which tend to be spiritually open or curious. These people are rarely overtly hostile to religion and many in these segments are curious to know more. If anyone’s still tempted towards gloom at the thought that three-quarters of people just aren’t interested, try reading the Parable of the Sower (Matthew 13:1-9) which exactly prefigures these proportions: only a quarter of the seed falls in good soil.

So there is, to say the least, a lot to think about here. The fall in the number of people ticking the ‘Christian’ box does have implications - and yes, perhaps we in the UK do need to rethink some of our historical Christian privileges (other countries have done this, and the world has not come to an end). There’s still a huge residue of notional Christianity around, and this does still provide us with great opportunities - more than half of the population think it’s good for children to know at least some Bible stories, for instance. Even when we look at the wider landscape of faith and belief, though, we don’t see a hostile environment but one full of possibilities - and a Church which ought to be far more confident about its capacity to rise to them than it sometimes seems to be.