Thank God that more people are deconstructing their faith

Large parts of the church still think deconstruction is synonymous with doubt, or even apostasy. Brian McLaren, who pioneered the term among Christians, wants to set the record straight 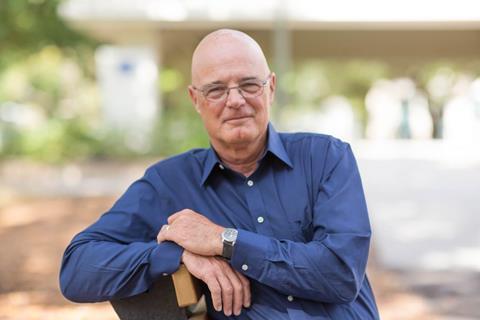 The news that most pastors don’t see deconstruction happening in their churches, but are aware of it happening online (Lifeway survey), was of special interest to me because I was among the first pastors to begin using the term "deconstruction" in relation to faith over 20 years ago.

For many of us, faith deconstruction has been a quest to honestly examine our faith, to understand how it has changed over time, to face the harm done by and within our faith, and to acknowledge that its contemporary forms are neither its original form nor its ultimate form, which means that our faith is not static, but is, in fact, improvable.

Deconstruction has helped us grapple with the enmeshment of Christian faith with anti-semitism, white supremacy, environmental apathy, cruelty toward LGBTQ persons and love of guns. Deconstruction has become a way to reinvent the faith we inherited and give it a future.

When more traditional Christians picked up on the term deconstruction in recent years, many reduced it to a rough synonym for doubt. For them, to 'deconstruct one’s faith’ is to doubt it, which is a big leap down a slippery slope toward rejecting it.

That understanding seems to underlie the way Lifeway Research investigated deconstruction in North American Protestant congregations. In its study, which was released last week, Lifeway found that of the 3 in 4 pastors who had heard the term 'deconstruction', the majority (68%) had not seen it happening in their local contexts.

It is notable that Lifeway defined deconstruction in exceptionally negative terms: “systematically dissecting and often rejecting...Christian beliefs" The word "systematically” suggests a cold rationality; “dissecting” involves killing, since a living creature can’t be dissected; “rejecting Christian beliefs”, to a Southern Baptist (Lifeway is an arm of the Southern Baptist Convention), is a damnable offense. It’s no wonder, then, that the Executive Director of Lifeway Research compared deconstruction to the seed of the gospel in Jesus’ parable in Matthew 11 being scorched or choked to death.

Many who stopped attending church have not abandoned their spiritual quest; rather, they have refocused it elsewhere

One can imagine how Christians who are actually engaged in deconstruction might respond. Instead of quoting Matthew 11, they might echo Jesus in Matthew 5, “You have heard it said that Christian faith is most essentially a system of beliefs, but we say that Christian faith is better understood as a lifelong quest to follow the path of Jesus, the path of faith expressing itself in love.”

The survey designers asked if pastors had seen deconstruction occurring among members of their congregations over the last two years (September 2019-2021). Perhaps they considered it insignificant that this period coincides with the first two years of Covid-19, after which as many as a third of churchgoers had stopped attending church entirely. Perhaps they didn’t take seriously the likelihood that the disruption of Covid accelerated longer-term trends of what I call the “shrinkling” (or shrinking and wrinkling) of the church as younger generations leave. Perhaps they couldn’t see a correlation between deconstruction in that time frame in North America and the murder of George Floyd, the resurgence of white Christian supremacy, the moral and political chaos associated with Trumpism, the worsening of the global climate crisis, and the relative silence of large sectors of the church on these matters.

My contacts with people engaging in deconstruction are frequent and intense. In my experience, many who stopped attending church in person or online before and during Covid have not abandoned their spiritual quest; rather, they have refocused it elsewhere. What sermons, rituals, and fellowship in a church building once provided, many are now finding through podcasts, websites, online courses, small groups, books, and festivals and events (like Evolving Faith and Wild Goose in the US and Greenbelt in the UK). Why might this be the case?

Those engaged in deconstruction know that many church settings are often inhospitable for the kind of free and honest inquiry they need. When they are open about their questions and concerns, they experience what Michaelle Panchuk and Miranda Fricker call “epistemic injustice” and “testimonial quieting,” which Panchuk describes as a “failure to recognise a person as a knower and to communicatively reciprocate.” Put more simply, the person in deconstruction is seen as “a problem to solve” and “an object of study.” (See An Evangelical Philosopher and an Exvangelical Walk Into a Coffee Shop)

The Lifeway Research story seems to fit in this pattern: trying to solve a problem for its constituents before understanding it deeply enough. This news is exactly what trouble-weary pastors want to hear - as the Christianity Today headline put it - 'Most Pastors Don’t See Deconstruction in the Pews'. In other words, deconstruction isn’t happening among many of their current parishioners, so they can carry on with business as usual.

Sadly, the structure of the study strengthens assumptions that drive so many people away from so many of our churches. Rather than helping people understand and take seriously the need for and experience of deconstruction, and celebrate it as something which is potentially very beneficial, it dismissively treats human beings who are going through a significant spiritual reassessment as a minor problem that can be ignored with little cost.

The result? More and more thoughtful young Christians will need to go elsewhere to find a hospitable environment for their spiritual journey. That departure will be good for those who leave, and the pastors and congregations that derive comfort from the study will have freedom to carry on business as usual. Whether that’s good news or not depends on the hopes we have for our churches.

Brian McLarenBrian D. McLaren is an author, speaker, activist, and public theologian. A former college English teacher and pastor, he is a passionate advocate for "a new kind of Christianity" - just, generous, and working with people of all faiths for the common good. His latest book is entitled Do I Stay Christian? (Hodder & Stoughton)