Political landscapes change. Only Jesus has authority that lasts forever

Australia’s recent election results are a good reminder that whatever side we’re on, Christians must respect authority while working for the common good and demanding high standards from those in leadership 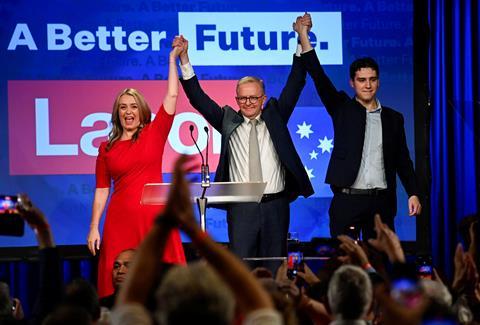 When Australia headed to the polls recently, prime minister Scott Morrison and his Liberal-National coalition government (an alliance of parties politically similar to the UK Conservative party) were fighting to win a fourth consecutive term of office. They were defeated by the Labor party, led by Anthony Albanese, who became only the fourth Labor leader since the second world war to oust a liberal prime minister in Australia.

Commentators have suggested that the victory owed more to Morrison’s unpopularity than Albanese’s appeal. Morrison, a Pentecostal Christian, and his Liberal party, have been accused of being Trumpian in their policies: anti-immigration, dismissive of climate change and guilty of covering up sexual abuse allegations. The BBC even went as far as to call Morrison Australia’s first “post-truth” prime minister. I don’t know enough to judge whether this is a fair accusation, but one thing Christian politicians surely don’t want to be labelled is ‘untruthful’.

The loss of a Christian prime minister will be greeted with dismay by some Christians, and with relief - or even satisfaction - by others. Whatever side you’re on, it is a reminder that political landscapes change. No political victory is forever.

So how should Christians navigate these changes when they come? In Romans 13:1, Paul is clear that we should be “subject to the governing authorities, for there is no authority except that which God has established.” Peter echoes this message in 1 Peter 2:13: “Submit yourselves for the Lord’s sake to every human authority”. Peter clearly writes in the context of a pagan, unbelieving society - which means that, like the early Church, we can’t pick and choose which authorities we submit to depending on our perception of their faithfulness to the gospel.

But this doesn’t mean that Christians should just put up with the regime and its consequences. We should actively involve ourselves in our democracy by paying attention to what politicians do in our name, praying, voting, campaigning for things to be better and taking action to meet the needs of others.

No matter what adversity comes our way, God calls us to live under the authority of government by putting our faith, hope and trust in Jesus. We will “silence the ignorant talk of foolish people” (1 Peter 2:15) not by picking a fight, but by being distinctly different to those around us.

After an election you may feel triumphant, or you may feel despondent. But don’t ever forget the words of Colossians 2:15: “And having disarmed the powers and authorities, he made a public spectacle of them, triumphing over them by the cross”.

We will “silence the ignorant talk of foolish people” not by picking a fight, but by being distinctly different to those around us

Ultimately, Jesus’ death conquered all authorities. Scott Morrison’s victory in 2019 was not an eternal victory and neither is Anthony Albanese’s in 2022. Jesus’ victory is the only ultimate, eternal victory. As Christians, we must keep eternity in view.

God created an ordered world, not a chaotic and anarchic one, and called it “good”. So clearly, he expects us to order society too. We should seek a system of governance that provides security, justice, and is concerned for the welfare of the common good. It is helpful to remember that democracy is not perfect. We should not idealise it or set it up as an idol, however tempting that may be when looking at non-democratic governments around the world.

And Jesus has challenging words for those who seek to govern. In Matthew 20:16 we read that, in God’s kingdom, “the last be first, and the first last.” Anyone who wants to lead, according to Jesus, must first see themselves as a servant.

Christianity should radically change the way that believers react to election results, and it demands that the victorious govern in a shockingly countercultural way: with humility, serving others and not lording it over them.