Who wants to live forever? Not Christians, says new research

Only 19 per cent of UK adults covet immortality, and far less Christians. That’s because, in Christ, we know we have something so much better waiting, says Dr Hannah Waite 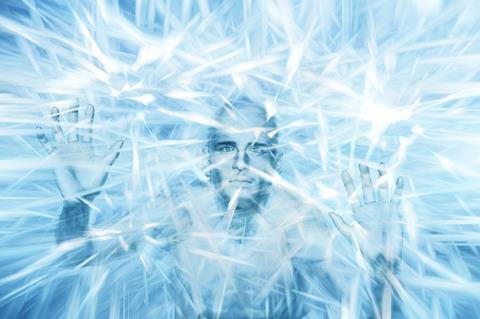 In the infamous words of Freddie Mercury: “who wants to live forever?” If we were to believe the plethora of information on the internet claiming to have top tips, habits and hacks for a long life, it would seem that many of us are searching for eternal life. Beyond searching, there are people who have done more than merely ask these questions. They’ve started to put their money where their mouths are.

But while the mega rich can buy luxury yachts, mansions, planes and private islands, there is one thing money cannot buy: immortality. Tech billionaires like Jeff Bezos and Peter Thiel are those among the super-rich who are pouring their wealth into start-ups like UNITY Biotechnology, hoping to “slow, halt, or reverse diseases of aging” and by extension, prolong life itself.

The idea of eternal life, or even extending life beyond its current bounds may seem crazy and farfetched. However, it is becoming more of a reality for those who are wealthy enough to invest in such technologies.

In my work as a researcher on Science and Religion: reframing the conversation, a collaboration between Christian think tank Theos and The Faraday Institute for Science and Religion, we have been asking Britons if they “would like to live forever if scientists were able to engineer it.” Interestingly, only 19 per cent of non-Christians reported that they would, and just 11 percent of Christians. It’s hardly an overwhelming vote of support for eternal life.

Even fewer – just twelve per cent of non-Christians and eight per cent of Christians – said they “would like to be cryogenically frozen after [their] death so [they] can be revived centuries later.” There are slight differences within the results; men and the younger generations are more interested in the possibility of living forever or being cryogenically frozen – but not much more interested.

The interest of the younger generation may be due to familiarity with the fast-paced developments of science. Is this because their bodies do not feel as frail as those in older generations do, and as such, the idea of being stuck in their current body is more appealing to those under 30? Or could it be that the younger generation feel they have a lot of life left to live, a lot to discover and explore, and are full of excitement and hope at the prospect of more time?

Living forever (or indeed, for centuries) not only raises questions of ethics, population pressures, science and medicine, but also questions what value we place on earthly life. Surely, the prospect of living forever terrifies people other than just me?

I am acutely aware of my human nature, fraility and weakness. We are creatures of fallibility, fragility and indecision and I do not want to live in that form for eternity. Instead, I long for my eternal body (1 Corinthians 15:44; 2 Corinthians 5:1-5), one that is changed, new and imperishable (1 Corinthians 15:52).

That is one reason I think the idea of scientific immortality does not appeal to Christians. They are acutely aware that the eternal life promised in Christ is one which is far superior to that which could be engineered by science.

We are creatures of fallibility, fragility and indecision and I do not want to live in that form for eternity

Scientific immortality does not promise a life without pain and suffering, nor does it promise a life of contentment, joy, or abundance. Eternal life in the Christian faith on the other hand, offers all of this and more (Revelation 21:4).

Christianity offers a new perspective not only on eternal life, but also on earthly life – not as something to hold on to tightly, or as a possession. Instead, Christianity claims that earthly life is a gift with a purpose – to love intentionally and sacrificially, to stand against injustice, poverty and oppression, to grow in love for God and for each other. In this sense then, scientific immortality (earthly eternal life) may be less appealing to Christians because the idea of living forever - just because we can and without purpose - is less appealing than eternal, heavenly life with God.

Through this research, it has been clear to me that the results do more than merely inform us of public opinion on the possibility of scientific immortality. Rather, this piece of work encourages those of a Christian faith to think towards the hope and joy present in our eternal life, and to take seriously the words of 2 Corinthians 4:18: “So, we fix our eyes not on what is seen, but on what is unseen, since what is seen is temporary, but what is unseen is eternal.”

Hannah WaiteHannah Waite joined Theos in 2019. She has an undergraduate degree in psychology and counselling and a PhD in practical theology, both from the University of Aberdeen. She is particularly interested in mental health, disability and theology and was a founding member and community developer of Friendship House Aberdeen, a movement towards creating an inclusive community for adults with and without disability. She is working on Theos’ Religion and Science project.