Pills by post makes abortion trivial. God is grieved by our actions

The government has voted to make abortion pills by post permanent – despite MPs promising to scrap the scheme. It is a tragedy that the biggest change in abortion law since 1967 has gone through with little fanfare or protest, says Andrea Williams 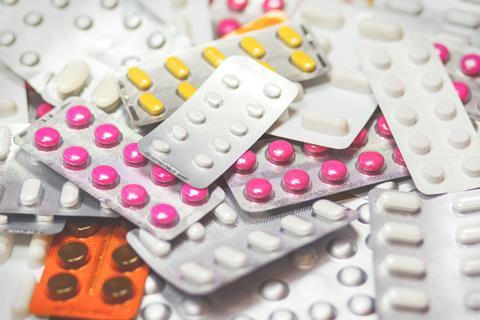 It’s a devastating change. The policy makes access to abortion pills trivial, and many more women will go through unsafe abortions, or come to regret decisions made in the middle of a crisis, their homes turned into constant reminders of a decision they deeply regret. Most of all, even more children’s lives will be taken.

Christian Concern battled from the very beginning of this policy change to see it undone. We fought through the courts to challenge the first decision to allow at-home abortions.

In 1967, the Abortion Act was passed in an attempt to reduce backstreet abortions; it seemed completely against the spirit of even that catastrophic law to get rid of important safety checks and push abortions away from clinics into back rooms.

Judges refused to intervene, but our case threw up more information about the policy: the privileged access abortion lobbyists had to government and their good use of a crisis to push what they wanted through as an emergency measure.

Since 1967 we’ve aborted 10 million of our citizens. That’s like aborting the whole of Austria

We commissioned a mystery client survey that proved how lax abortion providers were about safety and legal requirements. As more information became available, Freedom of Information (FOI) requests showed that abortion complications and emergency ambulance callouts were going up.

Abortion providers and the institutions that enable them, such as the Royal College of Obstetricians and Gynaecologists, ignored all of this. You would think that organisations supposedly dedicated to women’s health would want to properly investigate these complications, but they didn’t. They repeated, mantra-like, their claim that abortions by post are safe. Why?

The sad reality is that the major institutions of our society – royal colleges, the press, academia – are saturated with people ideologically opposed to Christianity. Between them, they set the agenda and MPs rarely have the willpower to question these ‘experts’.

If we are to bring the hope of Jesus to society, to see justice done in the way we are governed, we simply need more Christians, with genuine expertise, reforming these institutions. We have to be full of salt and light, not simply focused on our own spiritual lives or our church lives, but on doing good to all those around us.

In the House of Commons debate, MPs in favour of DIY amendments used stories disingenuously but very effectively. Sadly, we could have done with hearing more of the stories of the many victims.

Maybe MPs thought that statistics and evidence would be enough to convince others that this policy is dangerous. Maybe they hadn’t heard testimonies from enough women speaking of their negative experiences of at-home abortions.

We recently helped pro-life doctor Dermot Kearney remain free to offer treatment to those who took the first abortion pill and immediately regretted it. With his help, 32 babies were born alive and well to women – though sadly, not all.

As we prepared his defence, after an abortion provider disingenuously claimed he was endangering women, we spoke to many of the women he helped. As you might expect, many of them were pro-choice when it came to abortion. But having experienced a pills by post abortion, they were completely against that option.

We also worked together with the wonderful people from Rachel’s Vineyard and March for Life UK and came to meet more women who shared their stories. Some of them were bold enough to go public with their powerful but harrowing stories. These brave women can’t be thanked enough.

Over 180,000 pills-by-post abortions have taken place by now. There are likely women, even in our churches, quietly feeling this pain but unable to say anything out loud for fear. For anything to change, we must hear their stories. As the vote came closer, we started hearing from more people who were willing to speak about it, but not enough for MPs to sit up and take note.

Many Christian women in the pews of our churches will have had an abortion at some point in their life. They may deeply regret it, and sought forgiveness in Christ. Yet they often fear the judgment of others in their church.

Churches are often silent on this issue, which only makes this worse. It sends the message that abortion is either so insignificant it’s not worth mentioning, or so unforgiveable that it mustn’t be spoken of. Bold, compassionate church leadership is required. Christians must treat these women kindly.

Abortion is small news - even for Christians

Clare Murphy, the chief executive of BPAS, the UK’s biggest abortion provider, described the vote as “the biggest progressive change to the 1967 Abortion Act since it passed.”

This is tragic and true. It strikes at the heart of our common humanity. How grieved God must be at our child sacrifice on the altar of convenience. You might think that would be headline news. Not really. It received a mention in the usual places but hardly the same coverage of Will Smith and Chris Rock at the Oscars. That was a Slapgate, we’ve legislated a Killgate! Does anyone care?

This vote shouldn’t be small news, at least not for Christians. Abortion, though, often is. Care for the vulnerable is at the heart of how Christians are supposed to live (James 1:27). Early Christians set themselves apart from other religions by caring for infants who had been left to die. Though there are many vulnerable people in society, there are none more vulnerable than those in the womb.

We need to recover the Father heart of God for these children. We do not care enough, so we do not act enough. Even for Christians, abortion is a peripheral issue at best when we cast our votes in elections. Until abortion matters at the ballot box, we will see this destruction continue.

Since 1967 we’ve aborted 10 million of our citizens. That’s like aborting the whole of Austria. As God’s people we need to wake up and speak up before still more darkness and death encircles us. Lord, have mercy.