You’d think it would be pretty uncontroversial for a GCSE RE resource on the ethics of abortion to include reference to a charity that opposes it, says Alithea Williams. So why did the BBC recently remove a link to the oldest pro-life campaign group in the world? 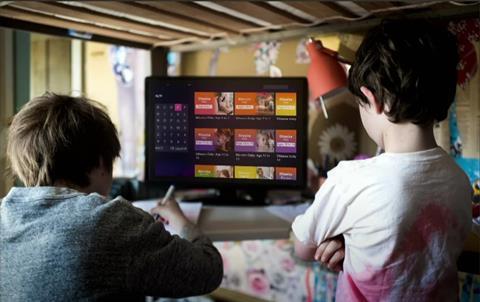 Since the US Supreme Court announced its decision last month to overturn Roe v Wade, and allow individual states to set their own abortion laws, there has been a series of increasingly hysterical attacks in the UK media on pro-lifers in general, and the organisation I work for – the Society for the Protection of Unborn Children (SPUC) - in particular.

Doing what we do

If you were just going on media reports, you’d be forgiven for thinking that the UK pro-life movement popped into existence a few weeks ago, inspired and funded by American groups. In fact, SPUC is the oldest pro-life campaigning and educational organisation in the world, having been founded to fight the Abortion Act of 1967 - several years before Roe v Wade in 1973.

Amusingly, some journalists - thinking they have a unique scoop on us - have been merely highlighting what we have openly done for decades: going into schools, speaking at parliamentary select committees and - shock horror! - opposing abortion. One article that particularly tickled me described SPUC as “Britain’s oldest anti-abortion campaign, which opposes abortion in all forms and has attracted controversy for its opposition to a woman’s right to choose.” Gosh, you don’t say?

This unbalanced reporting rarely goes into the details of this ‘choice’, or the reaction to our campaign against abortion coercion - seeking to raise awareness of how, in many instances, that ‘choice’ is not made by woman at all. The high point was probably a recent article in the Big Issue, which couldn’t quite handle the fact that a pro-life campaign group campaigns against abortion.

It is against this backdrop that a new ‘scandal’ has recently broken – that of a BBC Bitesize resource for GCSE Religious Education with links to SPUC. You’d think it would be pretty uncontroversial that a resource on the morality of abortion would reference a major organisation that believes abortion is immoral. But no. Suddenly, everyone from the British Pregnancy Advisory Service (BPAS) to Humanists UK have lined up to say how shocked they are that an article telling children that some people are against abortion links to a group that is…wait for it…against abortion.

In a recent article in The Guardian, a spokesman for Humanists UK said the inclusion of SPUC was inappropriate given its “track record of promoting extreme views on abortion to children in ways that are simply factually wrong”. He didn’t specify what was “factually wrong”, nor did he state what was “extreme” about believing in the right to life of an unborn child.

The piece went on to breathlessly record that: “despite its track record, the group [SPUC] was described uncritically on BBC Bitesize as a ‘pro-life’ charity that ‘advocates for the rights of unborn children’, promotes ‘the sanctity of human life’ and ‘supports individuals and families through pregnancy’.” It further lists critics describing the resource as “harmful”, “shocking” and “problematic in many ways”. In response, the BBC said it was reviewing the resource and that it had been “temporarily removed” in the meantime.

The BBC Bitesize pages on abortion, part of the Religious Education GCSE curriculum, are currently not accessible on the BBC website

Of course, this move to censor the pro-life message is deeply concerning. The free exchange of ideas is a basic tenant of any democratic society and it is worrying that children in particular are being denied the chance to discuss and understand the pro-life viewpoint.

However, I see this - and other recent attacks on SPUC - as revealing how insecure and fearful the abortion lobby really is. That the heads of major abortion providers are taking every opportunity to attack every little thing we do - from being involved in a play at Edinburgh Fringe Festival to being linked in a revision website - reeks of desperation. Instead of openly defending their position, they want to suppress the opposing side. If the pro-abortion position is so obviously right, why are they so afraid of us having a platform?

What is “extreme” about believing in the right to life of an unborn child?

The truth is that their own message doesn’t go down as well with the public as they would like. BPAS and other abortion lobbyists campaign for decriminalisation – i.e. taking abortion out of the criminal law and, in doing so, removing any upper time limits. They think that the only criteria for abortion should be if the woman chooses it. This philosophy allows for abortion up to birth, sex-selective abortion and abortion for disability, including Down’s syndrome. While the majority of our fellow citizens in the UK may not be totally pro-life, most people find this extreme horrific. As premature babies survive earlier and earlier, and as respect for the rights of women and the disabled increase, the public impetus is towards more restrictions on abortion, not less.

This is why they want to shut us down. They don’t want people thinking seriously about abortion and realising just how horrific the logic touted by abortion lobbyists really is. Their reaction illustrates what a significant milestone the overturning of Roe v Wade really is. This pivotal moment is not the time to become complacent or disheartened by the actions of the BBC, or the power of the abortion lobby. It’s time to seize the moment and push even harder for a pro-life culture and legislation.

Alithea WilliamsAlithea Williams has been heavily involved in the pro-life movement since her student days, and was a founding member of the Alliance of Pro-Life Students. She joined the Society for the Protection of Unborn Children (SPUC) as a communications officer in 2016, and is now combining her love of politics with pro-life work as campaigns and parliamentary research officer.