Praying for patients – punishable or permitted?

A Christian doctor who offered to pray for patients has agreed to attend a course on “boundaries” after settling his case with the NHS. The Christian Legal Centre said Dr Richard Scott has been “vindicated” as NHS England lawyers agreed that the doctor is free to pray with patients if he does so within General Medical Council guidance. Mark Pickering from Christian Medical Fellowship takes a closer look at the case 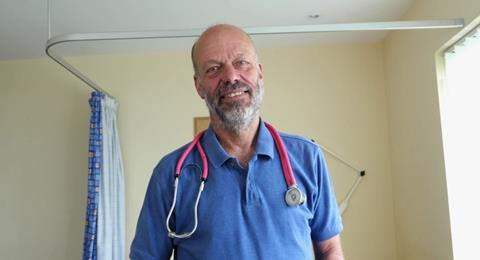 Dr Richard Scott from Bethesda Medical Centre in Margate, Kent often discusses spiritual issues with patients, sometimes sharing his story of how Jesus brought him hope and healing, or offering to pray.

He says many patients have found this incredibly helpful, especially in situations that have resulted in depression or substance addiction. But his methods have been heavily criticised by some and have resulted in a lengthy dispute, which was finally settled this week.

NHS England’s case against Dr Scott centred on whether he crossed the boundaries of professional practice. Dr Scott has always stated he strives to act within the General Medical Council’s (GMC) Personal Beliefs and Medical Practice guidance. This outlines when it might be appropriate for a doctor and a patient to discuss issues of personal belief, making it clear that such beliefs (including spiritual ones) may be of great value and help to patients.

How the case developed

In 2012, the GMC gave Dr Scott a warning, after it was ruled that had gone too far in sharing his faith with a vulnerable patient.

In 2019, Dr Scott called that decision “disgraceful” in an interview on religious freedoms on BBC Radio 4. This interview caught the attention of the National Secular Society, who subsequently complained to the GMC again, based on a second-hand account from an acquaintance at Dr Scott’s practice. As the complaint had not come from a patient, no further action was taken, but NHS England (the body who enable a licensed GP to practice in the UK) decided to investigate further.

After visiting the practice, reviewing patient records and interviewing Dr Scott, they instructed him to undertake a psychological assessment and attend a three-day professional boundaries course. But when he discovered that the course was designed for those guilty of gross misconduct, such as inappropriate sexual behaviour, Dr Scott refused. Instead, he offered to take a comparable one-day course.

This week’s hearing centred on whether NHS England would force Dr Scott to take the more extensive course. In a last-minute deal, Dr Scott’s compromise offer, which does not imply an admission of guilt, was accepted.

Both sides have claimed victory. The Christian Legal Centre celebrated Dr Scott’s “vindication”, pointing out NHS lawyers agree "Dr Scott is free to offer to pray and to pray with patients if he does so within agreed General Medical Council guidance.” Meanwhile the National Secular Society ran the headline 'Proselytising doctor must attend further training'.

Discussion of spiritual issues is delicate and clinicians do not always get it right.

It is important to note there is plenty of research that demonstrates religious faith and prayer can have a positive effect on health outcomes. These include improved mental health, reduced substance abuse, increased marital stability, improved recovery from physical illness and better coping with suffering and terminal illness.

The challenge is working out when a patient would welcome such a discussion, especially if they are of a different faith or none at all. But the sensitive asking of personal questions is bread and butter to experienced clinicians. Asking: “Do you have any personal faith that helps you when you’re facing difficulties like this?” can open up fruitful discussion. It may be that a patient already prays about their problems, or that they hold relevant negative spiritual beliefs, such as that God is punishing them for something. These are all important factors, and a clinician who is unable to elicit or respond to them is not operating with all the tools in their toolbox.

Are Christians being marginalised?

Dr Scott's case has drawn strong reaction, with some seeing it as evidence of sustained persecution.

Certainly, there is opposition from some quarters – the current case stems from a complaint by the National Secular Society, whose vision of society is one where “individuals and groups are neither accorded privilege nor disadvantaged because of their religion, belief or non-belief”. There seems little doubt that this vision may, on occasion, tip over into conscious or unconscious opposition to the genuine religious freedom that it espouses.

For professional regulators such as the GMC, there is a delicate balance to maintain, in ensuring freedom of thought and expression while protecting vulnerable patients from undue pressure by well-meaning clinicians.

The GMC’s guidance on personal beliefs is, on the whole, reasonable and balanced, and we should give thanks that there is still room in the UK for this approach. But that does not mean that an individual or policy may not need to be challenged or held to account.

We should be thankful that organisations such as the Christian Legal Centre are ready to defend those who may be subject to unjust processes or harassment because of their Christian faith.

How can we pray?

It is a real challenge to operate with wisdom and courage in a secular society, among vulnerable people who still need Jesus. Christian professionals walk a tightrope and all of us can make mistakes. Living for Jesus at Work (Evangelical Alliance and the Lawyers’ Christian Fellowship) provides an excellent summary of how to operate with wisdom and courage as a Christian in any workplace, including information on rights and freedoms and how to get help if you face challenges.

2. Pray for organisations supporting them

The Christian Medical Fellowship provides training and support for Christian doctors, nurses, midwives and students. If you work in that world, why not join us, or consider accessing our Saline Solution training to explore faith wisely and sensitively within professional boundaries?

3. Pray for those defending Christian freedoms

The Christian Legal Centre is one such organisation. Pray for those working to safeguard Christian freedoms in our secular environment.

Professional and public bodies have a difficult job to do in ensuring that freedoms and protections are maintained for all. Pray for them, and for Christians to be active and supported in these difficult leadership roles.

Mark PickeringDr Mark Pickering is the CEO of the Christian Medical Fellowship, and often speaks on behalf of the Care Not Killing Alliance.