Mikhail Gorbachev: The man who unintentionally fought for religious freedom 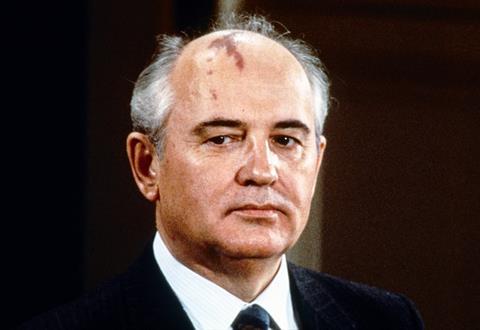 Mikhail Gorbachev was one of the most significant world figures of the late 20th century. He became general secretary of the Communist Party of the Soviet Union (CPSU) in 1985. Power settled on a man who seemed to have the energy and insight to grapple with the problems facing the USSR and a world bristling with nuclear weapons. But that dual situation helps explain the mixed nature of his legacy.

In the West, he is remembered as the Russian who helped end the Cold War. When Gorbachev signed the Intermediate-Range Nuclear Forces Treaty in 1987, it massively reduced nuclear tension. In 1988 he began withdrawing Soviet forces from Afghanistan. Then in 1989 – the year that the Chinese communist regime suppressed protests in Tiananmen Square – Gorbachev ensured that violent repression was not deployed against those seeking freedom and independence in Eastern Europe. The rulers of the eastern bloc nations were told that Russian tanks would no longer impose uniformity.

A tight grip on power

Prior to this, the system across Eastern Europe mirrored that in the USSR. The communist party kept a tight grip on power. Other parties were banned or, if allowed, kept subservient to communist rule. Religious belief was under tight state control and commonly infiltrated by the secret police. Many Orthodox leaders in the USSR only continued in post because they had become KGB informers. Many churches were forcibly shut and open evangelism was outlawed. Periods of outright persecution also occurred. Groups that were deemed too independent or resistant to state infiltration (such as Baptists and Pentecostals in the USSR) were treated ruthlessly.

The late-Soviet-period was the era of Western Bible smugglers supporting eastern bloc believers who could not access scripture. Political dissidents and evangelical Christians were imprisoned in mental institutions, Jews who wished to emigrate were persecuted and Muslim culture was strictly monitored by the KGB. Despite this, faith did not wither. Orthodoxy was deeply rooted in Russian culture for example, as was Catholicism in Poland and Lutheranism in East Germany. But life was hard for believers.

Like many born under Stalin, Gorbachev was baptised into the Orthodox Church in secret

The relaxing of Soviet control ended these restrictions. Within the USSR, there was a new freedom in expressions of politics and faith. The democratic states of Eastern Europe emerged because of Gorbachev.

In the USSR itself, it was more complex. Communist one-party-rule had stifled freedom via the KGB and institutionalised inefficiency and corruption. German Chancellor Helmut Schmidt described the USSR as “a banana republic without bananas” and, by 1985, there had been five years of no economic growth. Gorbachev sought to tackle this with glasnost (openness) and perestroika (restructuring). His original intention was reformation of the USSR, not its dismantling. But while for non-communists and religious believers, a new period of freedom opened, the processes began to undermine the entire Soviet system. It was like pulling at a loose thread which soon began to unravel the entire garment.

In 1991, KGB hardliners launched a coup to topple him. It failed, but by the end of the year, Gorbachev had resigned as general secretary of the CPSU and as national president. The CPSU was banned, and the USSR was no more.

So began the chaotic 1990s in the new Russian Federation. Under Boris Yeltsin’s presidency, it was the decade of ‘gangster capitalism’. As living standards went into freefall, one man was held responsible for the chaos and humiliation: Gorbachev. The new political realities in Russia were revealed in 1996, when he ran for president but gained less than one per cent of the vote. For faith, though, the 1990s were a time of diversity and expansion. Orthodox churches, once bulldozed, were rebuilt. More negatively, as the decade progressed, a new alliance was fostered between disgruntled Russian nationalists and many within the Orthodox community.

This has increased since 2000, when ex-KGB lieutenant colonel Vladimir Putin became president. Under him, Russian Orthodoxy has increasingly been seen as integral to a resurgent Russia. In the run-up to the invasion of Ukraine there was anger in nationalist/Orthodox circles when, in 2019, the Ukrainian Orthodox Church became independent of Moscow. Putin has positioned himself as a champion of an alliance between nationalists and Orthodoxy in an embattled Russia which is resisting Western influence. Patriarch Kirill, the head of the Russian Orthodox Church, has strongly supported him, drawing heavy criticism from Christian leaders around the world.

So how can one sum up Gorbachev? It was not all relaxation as the USSR disintegrated. It is often forgotten that he sent in troops to quell protests in the Baltic states, Kazakhstan and the Caucasus. And while he apparently condemned the invasion of Ukraine in 2022, he approved of the annexation of Crimea in 2014. It is as if he could not fully get his bearings in the new Russia. What is clear is that Putin has dismantled the more open state that Gorbachev started to construct, rolling back freedom of expression and religion and clamping down on overt criticism of the regime.

And what of the faith of the man who brought such increases in religious freedom across the nation and region? Like many born under Stalin (and in the period immediately afterwards) he was baptised into the Orthodox Church in secret by grandparents who remained faithful, despite official disapproval. Putin was also baptised as a baby. Despite being a self-proclaimed atheist, rumours have long swirled that Gorbachev finally came to faith, with ex-President of the USA, Ronald Reagan, famously speculating to aides in the 1980s that Gorbachev was “a closet believer”.

In 1990 Gorbachev commented that “spiritual rebirth is as essential to society as oxygen”; in 2008 he knelt in silence at the tomb of St. Francis of Assisi in Italy, which prompted further speculation. However, in 2008, the Gorbachev Foundation reported he had told the Russian news agency Interfax: “To sum up and avoid any misunderstandings, let me say that I have been and remain an atheist.” Yet the rumours continue.

It is perhaps symbolic that a reflection on the life and legacy of Mikhail Gorbachev should end on an ambiguous note.