‘Life is about to get harder…but God will send renewal’ Mark Sayers on Covid, war and politics

Can we really think about the renewal of the Church in the midst of a chaotic world? What if in the midst of political instability and rising living costs, God is up to something exciting? That’s the belief of Mark Sayers. Tim Bechervaise caught up with the Aussie church leader, podcaster and writer to find out more 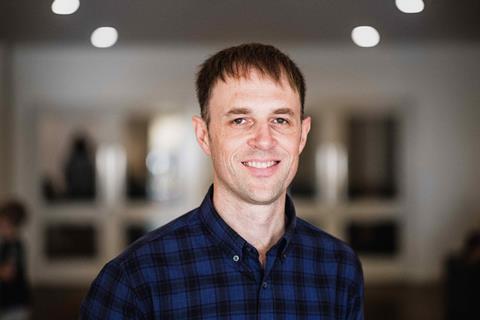 Earlier this summer at the Wilfires festival in West Sussex, Mark Sayers took a couple of afternoon sessions about the renewal of the church in the midst of a chaotic world. As I listened, it occurred to me the idea was paradoxical. Amid so much hurting and brokenness in today’s world, can Christians really afford the luxury of dreaming about renewal? The darkness seemed to outweigh the light.

And yet, by the end of each session, the light seemed to outweigh the darkness. I felt hopeful and even excited - such was Mark’s ability to shed prophetic insight into what he sees God rebuilding in our day, all the while articulating with tremendous clarity and sensitivity the dangers, challenges and hurts facing us.

It’s for this reason that many of us are lapping up Mark’s thoughts, whether through his articles (see last month’s Premier Christianity cover story on anxiety), books, talks or podcasts such as the word-of-mouth hit ‘This Cultural Moment’ with John Mark Comer. Such is his popularity that, as he admits, “I live on the other side of the world to most people who read my books.”

The comment was made as we spoke for an hour over Zoom, during which he generously shared his thoughts on a range of subjects, including the effects of the pandemic, the war in Ukraine, the drama at 10 Downing Street and even whether he’ll be watching the Neighbours finale (filmed a five-minute drive from his home).

In your new book, A Non-Anxious Presence, you explain that we are living in a “grey zone”. When did this become apparent to you and what do you mean by it?

A “grey zone” is a term I’ve taken from modern warfare. Often we’ve understood when a country is at war and when they’re at peace. There’s a very clear line between them.

But there’s increasingly a zone, like with the start of hostilities in Ukraine in 2014, where people didn’t know [what was going on]. “Is this a war? Is it a cyber war?” There were troops without badges turning up and setting installations in the Donbas and Crimea. And the question everyone is asking is, “Is Russia at war with Ukraine?” Initially, the Russians were even denying they were there. The grey zone is a zone between war and peace.

Then I realised there was this period where the world was expecting things to progress (I think particularly from 1989 and the fall of Communism) in this smooth, nice transition to this very connected, peaceful, economic, growing world, where things like intolerance would disappear. But then slowly we’d begin to have these shakes or hiccups where there was a sense that, hang on, that’s not the direction we’re going in.

You think of unexpected election results, like Brexit or the election of Donald Trump, or terrorism and ISIS taking huge parts of Iraq and Syria, or Covid-19 stopping the world. And I began to realise that there was this increased sense of anxiety - that what we thought was going to be the next era was actually coming to an end.

A few commentators, in all different fields, were saying that we’re entering something new. A “grey zone” is when one era is ending and one is beginning, but neither have fully disappeared or formed, and we’re in the in-between space of those.

How long do you envisage us being in this 'in-between’ period and could you elaborate on this idea of portals?

In March 2019, the novelist Arundhati Roy wrote in the Financial Times that pandemics are portals between worlds. The pandemic took us from the world of 2019 to some other kind of world.

I’ve wondered if it’s a few decades’ journey. I was talking to my friend Roshan Alpress, who was a historian at Oxford, and he said it could be 150-year process.

A major news story this year has been the war in Ukraine. What societal and cultural shifts are you seeing as a result of this?

Vladimir Putin is upending the global order and it’s more than just about the war. You’re already seeing the BRICS group (Brazil, Russia, India, China and South Africa) talking about creating an alternate economic system, and inviting countries like Argentina and Iraq to join them. We’ve thought that in the future the rest of the world will become like the West. That may not be the case.

I think this is a huge thing for Europe, which (particularly western Europe) has been able to develop because of the significant American military presence. It’s meant they haven’t had to spend on defence. All of sudden, countries are now having to debate having war taxes and spend more of their GDP on military expenditure and not in other areas.

There’s an existential threat now in Europe and the big thing is energy. I think that this winter and the following winters are going to be really challenging for Europe. Living standards are going to take a particular hit.

A reference point in your new book is Krakatoa, which became a barren land after the volcanic eruption in 1883. But three years later, new life began to emerge. “Destruction had paradoxically led to a rebirth of life.” Where are you seeing seeds of rebirth in the global church today?

Because of the pandemic, churches almost everywhere stopped for a period. It’s caused this rethink around faith. People did not come back to church and there were people who came back differently. Ministry changed. Some churches haven’t survived, some haven’t come back as strongly. Pastors and ministers have found it really difficult and stepped out.

But I am seeing this incredible trend where people have been through a real renewal of their personal faith in the last couple of years. There are people now in churches who weren’t at the beginning of the pandemic. We’ve also seen some of the models and answers that we thought were the answers of the church in the 21st century falling into trouble.

I see this emergence of a global remnant. It’s like seeds at this stage. There’s this sense of people hungering after God, wanting something different, and I actually see hope in the midst of this moment. I look at what was happening before the pandemic and it was almost accepting a very slow palliative care in some places. I’ve said it was a virus before the virus — people were coming less and less. Something had to happen, particularly in secular countries, and I think God is going to use this to reseed the church.

You touch upon the persecuted church in your writing. You point out that in 1979, Iran was in the ‘grey zone’ and churches were widely suppressed but there has since been remarkable growth. What lessons can be learnt from the Persian church as we navigate our own ‘grey zone’?

When we look at churches where there’s been suffering it questions our belief that we can have faith with comfort and without difficulty. Pressure creates diamonds, but we’ve wanted diamonds without pressure. If things are going to get more difficult from here on in, in some ways that will actually bode better for the church, because the church struggles in really comfortable times.

If you think about compost or your garden, things grow when things die and break down, and so I think the church is going to look a little bit smaller for a while but that’s what happen when you cut back your trees just before spring. We’re in a pruning.

A Church of England wellbeing survey found that 42% of clergy said their mental health deteriorated during the pandemic. Emerging from the pandemic, many leaders are continuing to struggle and are even leaving the ministry. What encouragement can you offer to leaders feeling burnt out?

If there was a massive earthquake that shook the entire world and we lost the people we lost through Covid through the earthquake, we’d think about it differently.

There’s something about a pandemic, because you can’t see it, it’s like it never happened, but it did happen. We’ve just lived through a natural disaster. When you go through a natural disaster like an earthquake, it’ll sometimes take five year to recover. It’s not an event, it’s a process. If you’re feeling tired, and it has been a difficult season, that’s 100% normal for what we’ve gone through. We need to give ourselves grace.

This year has seen Hillsong Church come under increasing scrutiny and criticism. What’s your take on where the megachurch now finds itself?

We’ve seen a number of scandals, some more high profile than others around what you could call toxic leadership behaviour.

This is part of the greater issue of integrity. Are we looking at a leadership which is based more around charisma or a leadership that’s based in integrity? The best kind of integrity flows from the person of Jesus.

In a recent episode of the Rebuilding podcast, you discuss the political drama unfolding here in the UK. You may have seen that a sermon by Rev Les Isaac appeared to inspire ex-Health Secretary, Savid Javid, to quit the government. It reflected a wider longing for integrity in those leading to our country. To what extent do you think this crisis will be a landmark moment in UK politics?

I really hope so. I think that there was almost a point where the pushing of the lines in integrity got to a breaking point, particularly with “Partygate”.

I wonder whether we’re moving away from a period of a certain kind of very charismatic-driven leadership, where people want someone who can get lots of social media chatter and win elections. I wonder whether, particularly in Britain, that has now passed? And my hope is that people will again seek leaders of integrity. There seems to be a hunger for a different kind of leader of integrity to emerge. Whether it’s going to happen straight away, I’m not sure, but I think the hunger’s there in the public.

I get the sense that, despite everything, you’re excited about the possibilities this season will bring. What’s your challenge and encouragement to the Church?

I think that the Church finds itself at a huge axial moment in the culture but those axial moments where there’s intense globalisation, economic upset, the geopolitical order is upside own and there’s war, there’s pandemics - they’re the moments when God so often turns things around.

Let’s pray, let’s prepare, let’s contend, let’s prepare our hearts, let’s look for those who have similar hearts and let’s look for the good that God is doing in the world at this time. I’m excited. I keep bumping into people who have a heart at the moment that God’s going to do something. Find those people. That’s the seed God is placing in the world.

Hear the full interview with Mark Sayers on an upcoming special edition of The Profile podcast.