Earthly ‘saviours’ will always disappoint us, so let’s trust in the One who won’t

Whether it’s politicians like Truss, or football managers like Gerrard, we are often let down by leaders in the public eye. Perhaps it’s because we’re all longing for a perfect person to lead us, says Graham Tomlin 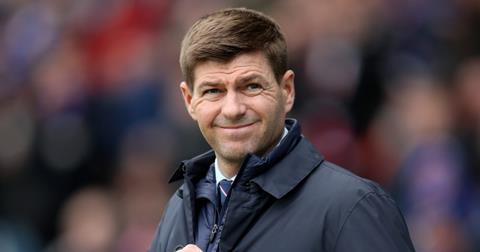 Bar Sir Alex Ferguson, probably the only manager in recent times who got to choose the date and time of his departure, all others seem to go the same way: dismissed after “a string of disappointing results” with a vote of thanks from the board and a fat cheque as a pay-off.

And it seems to be the same story in politics. Liz Truss became the shortest serving prime minister in living memory, leaving the job when it became clear she couldn’t continue. The same was true for Boris Johnson, Teresa May, Gordon Brown and many recent Prime Ministers before them. David Cameron chose to leave, but only because he lost the Brexit debate and perhaps knew his time was limited.

The truth will out

But why is it that our leaders so often disappoint us?

A high pressure, high profile job like being prime minister - or a Premier League football manager - certainly brings with it intense scrutiny. None of us are perfect - we all have our own failings - but most of us don’t do a job that shines such a bright spotlight on our every move. Under such examination, any lurking character flaws will surely out sooner or later.

However, it can’t be just that we keep on choosing flawed individuals who are not up to the job while the true geniuses who would do it perfectly remain in the shadows. It is so pervasive a pattern that there must be something in us - or in the way the world is - that leads to the kind of ructions we have seen these past weeks.

There exists a kind-of pact between leaders and the people who elect or choose them.

A new prime minister promises change; a better world, economic policy that will bring prosperity and foreign policy that will deliver security. A new football manager promises a new dawn; a fresh style of play, signings that will reinvigorate the fan base and lead to promotion, Europe qualification or the League title. And we believe them.

We invest our hopes and aspirations in those we choose to follow, and it always starts out so well. Yet it usually ends in disappointment. Arsène Wenger, one of the longest-serving managers in the Premier League, delivered numerous trophies and titles while at his beloved Arsenal. Yet, in the end, he too was hounded out - as will happen to just about every other football manager in the course of time. Even Winston Churchill, supposedly the greatest Briton of all time, was turfed out by the electorate despite leading the nation to victory in the second world war.

We expect so much. Perhaps more than any one person is capable of delivering. We long for perfection, success, security and wellbeing, but find them, unsurprisingly, elusive. We are caught between a wistful longing for something that remains just out of reach, and reality, which always ends up disappointing us. We get frustrated at our leaders for not producing the goods, and for the shortfall between what they promised and what they managed to deliver.

The idea of happiness

The French philosopher Blaise Pascal once wrote: “We have an idea of happiness but we cannot find it. We can imagine the truth but possess nothing but lies. All this suggests that we once had a level of perfection from which we have fallen.”

But because, as Pascal says, we have fallen away from our original state, we will never quite find satisfaction in this life. Despite the promises of politicians and prime ministers, we will never build utopia here on earth by our own efforts, and so we will always end up disappointed. The progressive dream of an ever-improving world, unfailing prosperity and absolute security will never happen.

Yet we can’t shake off the longing for it. That is the human dilemma. We are made for something which we will never fully find in this world, because we were made for something more. We wait, as Peter puts it, for a promised “new heaven and a new earth in which righteousness dwells.” (2 Peter 3:13).

Despite the promises of politicians, we will never build utopia here on earth by our own efforts

The chances are, whoever the prime minister or the manager of your team may be, they will one day leave the job, the victim of their own shortcomings and our too-great expectations.

Psalm 146:3-4 says: “Do not put your trust in princes, in human beings, who cannot save. When their spirit departs, they return to the ground; on that very day their plans come to nothing.”

Maybe one day we’ll learn not to expect the world from our leaders, but to pray as Jesus taught us: “Thy kingdom come.” (Matthew 6:10, KJV).