Queen Elizabeth II has died aged 96. In paying tribute to Her Majesty, Rt Rev John Pritchard says the prayer of our national anthem was answered 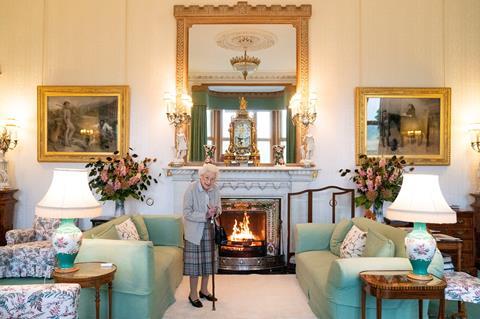 The loss of our Queen somehow feels very personal to most of us.

We may well have our own ‘Queen stories.’ Mine range from the 1950s, waving my little flag for the Queen on Cup Final day outside Wembley Stadium, to the untold story of my lost trousers on a weekend at Sandringham (my lips are sealed). What we all encountered with the Queen was grace. ‘God save our gracious Queen’ we sang – and he did, for so very many years.

She was extraordinary in her devotion to the task that was placed on her by an accident of birth. Can you imagine getting up every day, picking your way through a pile of corgis, and knowing that you have yet another set of public engagements at which to say the right thing, another crowd of awe-struck subjects to talk to, another gaggle of photographers to satisfy (not a hair out of place), and always the interminable boxes of papers to read and documents to sign?

Week after week, year after year, she did it, right through to an age when most of us would have been looking for a quiet life watching the Antiques Road Show and reading The Oldie magazine.

What kept her at it? In very large part it was her faith.

God save our gracious Queen

The Queen had a steadfast faith. The most moving encounter a diocesan bishop had with her was when he knelt before her and swore allegiance to her as ‘Supreme Governor’ of the Church of England. That title was very important to her. When you’ve been through so much, from the Suez crisis to the invasion of Iraq, from the assassination of President Kennedy to the horror of 9/11, from the death of Princess Diana to the Covid pandemic, you need very deep roots to keep you secure. The Queen found those roots in her faith.

That conviction of the presence and love of God held her steady when the royal family went through such a rocky time in the 1990s, particularly in her ‘annus horribilis.’ It enabled her to bring the royal family back from the ashes and into public affection again.

Her faith was never overplayed, but neither was it underplayed. It was visible in every Christmas broadcast, in every TV clip of her emerging from church, smiling and evidently strengthened for her task. Everyone close to her knew how significant her faith was.

The Queen was not only long-lived but noble. There aren’t many people today who earn almost universal respect. Nelson Mandela was one; perhaps Martin Luther King and Mother Teresa. The Queen was undoubtedly another.

In an age of superficial glamour and instant celebrity, she patiently witnessed to a deeper set of values founded on love and loyalty, commitment and self-sacrifice. She saw those values in the life of Jesus and she adopted them for herself too.

She recognised that society loses the long view when it ignores the deep one. She kept her roots in the ‘deep view’ of lasting Christian values, and could therefore play the long game of monarchy, not blown around by passing fads and fancies. You can’t slip character on and off like a change of clothes; character emerges from the consistent choices and commitments of a lifetime. And from those faith-full choices came the Queen’s noble character.

Send her victorious happy and glorious

The Queen had her dark times, of course, but she had deep reserves of faith and strength to sustain her. In our self-centred and self-opinionated culture, her dignity and restraint, while sometimes frustrating to the public, ensured that she came through those times with the strange victory that can often emerge from times of trial. Sorrow and happiness are not always incompatible; sorrow can hollow out the space that happiness can then occupy. In a deep sense, God enabled the Queen to be victorious, happy and glorious.

Long to reign over us

Yes, it was an astonishingly long reign. Right back to the time when people used hand signals for cars without indicators and the dip-switch for the headlights was on the floor (really?), when coffee shops had juke-boxes and boys took peashooters to school, when people stood for the National Anthem in the cinema and there was a newsreel before the main film.

Because of this very long reign the Queen met and outlived practically every major political leader over the last 70 or 80 years, and had a remarkable wealth of knowledge, insight and wisdom which she might sometimes offer with the reticence that was appropriate to her role as a constitutional monarch.

She made a huge contribution to our national life, and also to the Commonwealth she loved and that loved her. History will look back on this Elizabethan reign as in many ways more remarkable than that of the first Elizabeth of the 16th century. The Queen’s stability, loyalty and grace has made a massive contribution to national life and been an extraordinary gift in a time of bewildering change.

God save the Queen

God did just that. He enabled her to have an enormous influence on both national and international leaders and on ordinary citizens around the world. After all, she met millions of us and earned huge affection from us all. Even the most ardent republican would struggle to say anything negative about such a life and such an example. She made herself available unstintingly while maintained the necessary mystique of royalty. She recognised the importance of resisting the culture of self-disclosure that bedevils our selfie-society today.

We have been fortunate indeed to have lived in the time of Queen Elizabeth ll, a monarch deeply rooted in her faith and in the best values of the Christian tradition.

It will be hard to let go of ‘our gracious Queen’ when next we sing the National Anthem.