What now for the Church of England and gay marriage?

Church of England bishops met on Tuesday to finalise their recommendations after five years of consultation and debate on the Church’s position on sexuality. But will their proposals on same-sex marriage satisfy either side? Tim Wyatt investigates 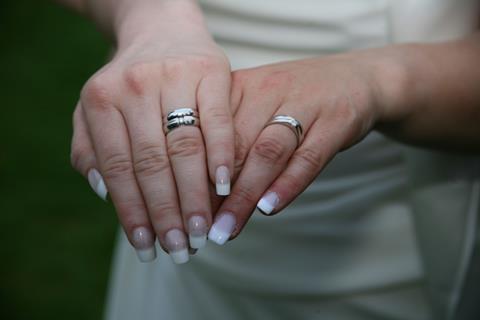 Next month, the Church of England will finally begin to grasp the nettle of what to do about same-sex relationships.

At a meeting of the General Synod in London, vicars, bishops and ordinary churchgoers will debate proposals from the church’s hierarchy. The plan drafted by the CofE’s most senior bishops has not yet been published. But it is expected the bishops will stop short of altering the definition of marriage to include same-sex couples. They will, however, propose that “prayers of dedication, thanksgiving or for God’s blessing” are offered to same-sex couples following their civil marriages.

Early indications suggest this proposed change, along with a move to no longer require clergy in same-sex relationships to remain celibate, will not draw a line under the tortuous debate on LGBT issues which has bedevilled the Anglican Communion for decades.

How did we get here? Ever since the last major report stating the church’s teaching – which came out in 1991 and broadly upheld the traditionalist position – conservatives, liberals and all shades of opinion in between have been rowing furiously.

An ever-increasing number of Anglicans began to call for reforms and changes to teaching to affirm gay relationships, while traditionalists organised to resist any such liberalisation. But the internal conflict hit a new height just over a decade ago when civil partnerships and later same-sex marriage was legalised in England. In time-honoured fashion, the CofE set up a committee to consider what to do. The report they produced in 2013 did not recommend any change in doctrine, but said clergy should be allowed to hold services to “mark” gay partnerships.

The bishops chose not to implement this but did go ahead with another recommendation, launching a process of “facilitated conversations” within the Church, so that Anglicans on both sides could better understand each other - and maybe even find consensus.

Blessing same-sex couples falls short of the full equality that liberals desire, while also unacceptably muddying the waters for conservatives

Although derided by some as a pointless talking shop, for two years thousands of church members gathered in hotels and conference centres for professionally mediated discussions. At the end of the process, in 2017, the bishops once again concluded there should not be any change to church teaching on LGBT issues. Instead, they wanted to produce a “teaching document” which would offer guidance on same-sex relationships, aiming to allow “maximum freedom” without changing doctrine. However, when this proposal was presented to the General Synod to “take note” of, it was voted down following a successful campaign by pro-LGBT Christian groups.

Despite this rebuke, the teaching document was tweaked to instead become a suite of resources entitled Living in Love and Faith (LLF). Designed to be used for three years, thanks to Covid delays the results of feedback from their use was not published until late 2020. In the meantime, the Church shut down any formal debate on sexuality, including at synod, while LLF was ongoing. As a result, the pressure and bad feeling inside the church built for years, without any meaningful debate to ease tensions or try to move things forward.

And so we reach the current moment. Since LLF formally concluded last year, the House of Bishops have been meeting privately to hammer out their response. A handful of bishops, most prominently the Rt Rev Steven Croft, Bishop of Oxford, have broken ranks to call for a change in Church teaching, which would allow gay marriages to be conducted in the Church of England.This was met with firm opposition by conservatives, who again reiterated their call to stick by the “one man and one woman” definition of marriage.

When leaks began to appear, the CofE quickly confirmed that proposals will not seek to change Church doctrine on Holy Matrimony, but will include a new suite of prayers to bless same-sex unions, as well as new pastoral guidance for gay people considering ordination. Now, the whole CofE awaits further details, before synod launches into what could be the last, most intense struggle yet.

Rev Ed Shaw, a prominent figure among the conservative evangelical faction who have argued against affirming same-sex marriage, is not surprised at the proposals. Shaw, who identifies as same-sex attracted, predicted the bishops would attempt to introduce some kind of service or prayers which could be used in church after a civil same-sex wedding. Because such a move would not change official church teaching, it would not need a lengthy legislative process (first through synod and then parliament); nor would it need to secure a two-thirds majority voting in favour. But this classic Anglican stall would actually not appease either wing, he said. Offering to bless same-sex couples falls short of the full equality that liberals desire on marriage, while also unacceptably muddying the waters for conservatives who feel they’re being asked to bless sinful behaviour.

Jayne Ozanne, a leading pro-LGBT campaigner within the church, called it a “car crash” and an “utterly despicable decision” which took “no action to stop the harmful discrimination” against LGBT people.

Some have made the case that proposed services of blessing would be a “halfway house” between the two entrenched positions, but Ozanne dismissed this: “That’s not going to satisfy those of us who want to be treated as equals in a church where we believe God blesses us and wants to recognise the love that we have for our lifelong partners.” But she said it would be fascinating to see how the synod was split when it discussed  the bishops’ proposals, given the lack of a debate since 2017.

There were fresh elections to the synod in 2021 and it is very difficult to untangle where members’ sympathies lie. Candidates do write election addresses but not everyone revealed their views on sexuality in these, making it hard to gauge the true levels of support for each faction.

Ozanne said she believed there was roughly a third on her side, another third on the conservative side, but a critical third of people whose allegiances and beliefs were largely unknown. However, Shaw had a different take: “The feel of General Synod and the election addresses suggests this is a much more polarised synod. I don’t think there is much middle ground in this issue; I think the middle ground has disappeared.” Any radical reforms, such as permitting gay people to marry in church, would mean rewriting church law and therefore under synod rules require a two-thirds majority, which he argued was very unlikely to materialise given the known strength of the traditionalist wing.

But Shaw was keen to move the discussion on from liturgies, blessings and prayers, to the big demand from the conservative evangelical side: differentiation. This means that if the CofE does decide it cannot maintain the status quo, space within the Church structures will need to be maintained for parishes that want to remain orthodox. Similar debates gripped the church during the long rows over women priests and bishops, and led to schemes whereby parishes which reject women’s ordination on theological grounds can request to be overseen by a “flying bishop” who shares their beliefs, instead of their local bishop.

“There’s a massive opportunity to rethink how the church could be structured so part of it allows same-sex marriage and part of it doesn’t,” Shaw said. “That’s the prize to be won.” But appeasement on sexuality would require even greater structural change than occurred over women bishops, he added.

The Church of England Evangelical Council has laid out detailed plans for different ways this could be achieved, mostly via creating separate provinces for traditionalists or liberals which would have their own archbishops and bishops, separately ordain people and organise their church life around their own convictions. There had been plenty of “chatting” between the two sides and neither had budged their positions, Shaw said. “Therefore, let’s come up with a permanent settlement for the Church of England rather than a fudge that will just leave everybody upset and particularly sexual minorities, people like me.”

Ozanne agreed that the years of conversations and research which have led to this final showdown were never really going to persuade either faction to change its mind. “We therefore have to work out can we live together in a church? Unless we move to a model that has same-sex marriage, this issue is going to dog the church and, indeed, confuse the general public.” The work to disentangle the two sides and do the radical, sweeping reorganisation of millennia-old church institutions evangelicals are calling for would be complex, Shaw admitted. “But probably less complex than another ten, 20 or 30 years arguing over whether same-sex marriage happens.”

However, this is where the two sides diverge. Ozanne said she could not contemplate sharing the CofE with traditionalists until they repudiated what she describes as their “harmful” teaching on sex and marriage.

Rather than sitting down to work with her opponents on how differentiation could work as a necessary evil to win the greater prize of same-sex marriage in church, she maintains that she would reject such a bargain. “I do not believe that they should be allowed to teach young children who they are is sinful and unacceptable. So I don’t believe they should have a role, I don’t think they should have differentiation.” The conscience provisions enacted to keep anti-women’s ordination clergy and parishes within the CofE years earlier were “damaging and unholy”, she said, and the church must not repeat that mistake with sexuality.

Conservatives have often warned their faction could be forced to quit the CofE altogether if the church goes too far in affirming LGBT relationships, but Ozanne said this was empty talk in comparison to the “thousands” of liberals who had already left in frustration at the glacial pace of change. “And there are people like myself who, yes, we are absolutely at the final post. This is red line city. I will not be compromised any further.”

The debate that is about to be unleashed will inevitably shape the already precarious future of the CofE for the rest of the 21st century.

Will it hold fast to traditional Christian teaching on marriage, or become the latest denomination to shift its position in response to sweeping societal changes?

Years of talking while kicking the issue into the long grass have done nothing but heighten tensions and frustrations on all sides. Both factions are deeply entrenched in their views yet also determined to postpone confrontation no longer. Both have warned that they could abandon the CofE in droves if the outcome goes against them.

The stakes for this month’s rumble in the synod could hardly be any higher.