Why Christians should vote this Thursday

Christians have good biblical reasons for voting in the biggest set of elections for decades, says Tim Farron MP 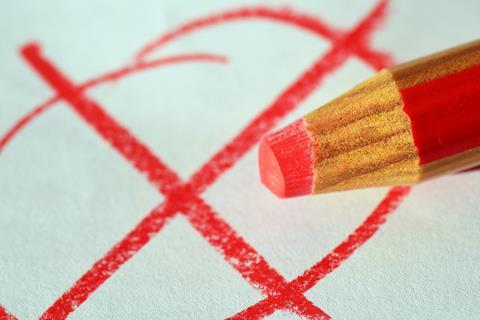 This Thursday is polling day – it is the first time that most of us have the chance to vote since the 2019 general election, and because Covid meant that so many contests were deferred last year these are the biggest set of elections for many decades. So we have elections for the Welsh Senedd, the Scottish Parliament, the London Assembly, the London mayor, Police and Crime Commissioners and in many parts of the country a double-dose of local council elections too.

Every registered voter in Britain has the chance to vote this week. Which of course includes British Christians. But will Christians use their votes… and more importantly, should you?

You will not be too surprised to hear that I think that Christians, in all elections, should vote. Here are a few reasons why.

First, we are called to love our neighbour as ourselves. That surely means that we shouldn’t be indifferent to the condition of our neighbour – whether they live in comfort or poverty, have access to good healthcare or not, are kept secure or not. Even if it is only in subtle ways, the election of one person over another can lead to different, better or worse, outcomes for your neighbour.

Remember, not voting is a form of voting, because it affects the result. I’ve been spending much of my time in the last few weeks campaigning in a ward where a few years ago, my party won by one single vote. Any one person who stayed at home and didn’t vote, had a direct mathematical impact on that election result! Given that our politics is shaped by those who show up – we can hardly complain about the outcomes if we don’t show up… because you can be certain that someone else will!

our politics is shaped by those who show up

Romans 13 says, “Let everyone be subject to the governing authorities, for there is no authority except that which God has established. The authorities that exist have been established by God.”

Now, in our democratic society, the governing authority is – to a large extent – the people… it’s you. So I think it is reasonable to look at Romans 13 and conclude that in this society at least, God has ordained a form of government where public participation is central.

Over the centuries, the emergence of democracy has owed its very existence to the gospel. The belief that all people are made equal, in the image of God, means that it’s hard to see individual human beings as anything less than supremely important – we aren’t to be treated as chattels, instead we are citizens.

On the negative side, perhaps the gospel also underpins democracy because when we know that all humans are sinners, it can’t be too wise to concentrate power in the hands of too few of them. You using your vote, is you being part of a system of checks and balances that keeps those in power held to account.

It is easy, especially for people like me, to pin all our hopes on an election result. To be crushed by defeat, and utterly elated ever so briefly by a victory. But Christians know that all of this is temporary, that every human government or empire will end in rubble while God’s glorious kingdom will last forever.

That means that we should view elections differently to others. We don’t need to panic about the results. But it is not permission to disconnect from politics. Elections are an opportunity to do some good, to use your God-given judgement to choose the person or the party that you want for your community. It may be a tough choice with plenty of pros and cons for the candidates in front of you but don’t duck out.

Just as the people on the ballot paper are imperfect, so will your choice be… but you are made in God’s image, the very hairs of your head are numbered so you know that you matter and so your voice matters… so I think Christians should vote when we’re asked to.