What really happened to Jesus on the cross?

RT Kendall reflects on the emotions Christ experienced at Calvary 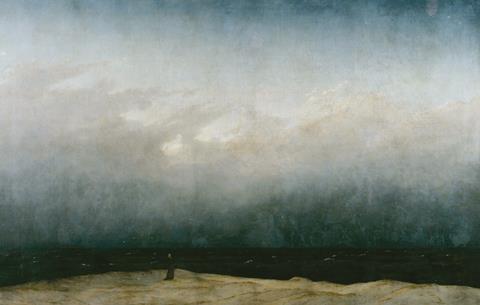 The cross was God’s idea. Though he submitted to it, Jesus did not welcome it. He dreaded it. His agony brought sweat-like, great drops of blood falling to the ground (Luke 22:44). When Jesus hung on the cross, he endured the most painful suffering of any human being in the history of the world. It is not possible for us to know which was greater for Jesus: his physical suffering, which includes the emotional and bodily torture he endured, or the spiritual suffering. But looking forward to “the joy that was set before him” (Hebrews 12:2) kept Jesus going; he was determined not to give up before the ordeal was truly over.

Jesus knew in advance that he would suffer death by crucifixion and told this to his disciples (Matthew 20:18-19). He also knew that fulfilling the Law – which no one had ever done but he promised to do (Matthew 5:17) – meant being God’s sacrificial lamb. He spoke of finishing the work the Father sent him to do (John 4:34). As the time of his horrible death drew closer, he said: “For this purpose I have come to this hour. Father, glorify your name” (John 12:27-28, ESV).

Jesus attracted vast audiences but it was a vacillating following. Five thousand wanted to make him king (John 6:15), but his teaching resulted in the whole lot deserting him.Only the twelve disciples stood by him at that time (John 6:66-69). Judas Iscariot, who became possessed by Satan (John 13:2,27), betrayed him.

Jesus tried once, then twice, to get his inner circle to be there for him. But they kept falling asleep. After a third time of pleading with them to stay awake with him, he gave up. He concluded that not even one of his closest disciples would be there to comfort him. “Sleep on now,” he said to them, “and take your rest” (Matthew 26:45, KJV). Sleep on. Any hope of one of them going to the cross with him was gone.

Jesus’ loud cries and tears in Gethsemane were directed to his Father, who was the only one “who could save him from death” (Hebrews 5:7). Nevertheless, he was totally devoted to the Father’s will. Succumbing to the fear of man or avoiding the Father’s will to avoid suffering was out of the question. However, he did pray that, if at all possible, he might somehow be spared the ordeal that had been destined for him: “My Father, if it is possible, may this cup be taken from me. Yet not as I will, but as you will” (Matthew 26:39). The “cup” referred to the cross.

But the loneliness would be intensified beyond all expectation. Ultimately, even his Father turned his back on him as Jesus cried: “My God, my God, why have you forsaken me?” (Mark 15:34).

One of the proofs that Jesus was perfect and without sin was his self control with words. As James says: “Anyone who is never at fault in what they say is perfect” (3:2).

But Jesus was tempted to sin right to the end. Words designed to make Jesus lose his temper were hurled at him. Satan motivated everybody – from Herod to Pilate, from the priests to the Roman soldiers – to catch Jesus out with words. The chief priests together with the scribes and elders mocked him at the cross, saying: “He saved others…but he can’t save himself” (Matthew 27:42). “Aha! You who would destroy the temple and rebuild it in three days, save yourself, and come down from the cross” (Mark 15:29-30, ESV).

They hoped that Jesus would lose control of his spirit as a consequence of their mocking him, blindfolding him, beating him and demanding that he answer them: “Who is it that struck you?” (Luke 22:63-64, ESV). One unguarded comment or any retort that showed they had succeeded in needling him would have been a sin, and would have meant that Jesus could not be our perfect substitute or sacrifice.

The apostle Paul lost his temper years later when he called the high priest a “whitewashed wall” (Acts 23:3). But Jesus never – ever – lost his temper or grieved the Holy Spirit by an angry word. King Herod, hoping to see Jesus perform a miracle, questioned him “at some length”, but he “made no answer” (Luke 23:9, ESV).

Jesus’ reply to all that was said to him and about him – not to mention what they did to him – was utter silence. He fulfilled Isaiah’s prophecy: “Like a sheep that before its shearers is silent, so he opened not his mouth” (53:7, ESV). As for the Roman soldiers who literally nailed him to the cross, Jesus looked to heaven and said, “Father, forgive them, for they know not what they do” (Luke 23:34, ESV). This was not a pretentious show but a genuine prayer to God for them to be forgiven. When Jesus told us to pray for our enemies, he meant for us to pray that they will be blessed! As G Campbell Morgan put it: “I expect to see in heaven those very men who nailed the nails into Jesus’ hands.”

There was yet another kind of silence Jesus had to accept. He was not allowed to explain to anyone why he let the Jews arrest him or the Roman soldiers crucify him. Since he had raised Lazarus from the dead only a few days before, surely he could have stopped the entire crucifixion. He could have called 10,000 angels to stop the whole plan of the Jews to kill him.

If only Jesus could have said something to Mary Magdalene, one of his converts. She was only a few feet away and no doubt perplexed – possibly even feeling betrayed because of what was happening, not to mention sobbing her heart out. If only Jesus had been allowed to say: “Mary, it’s OK, I’m atoning for the sins of the world; all this is God’s plan.” But no. Part of his own pain was feeling her pain and watching her grieve without being allowed to comfort her by explaining things.

Crucifixion is regarded as the worst kind of pain ever devised in the mind of human beings. It was intended to be a gruesome spectacle; the most painful and humiliating death imaginable. The flesh could be ripped off from the whipping before they even started the crucifixion. The five to seven -inch long nails were driven into the wrists in a way that caused little bleeding but severe pain. Nails were driven into the ankles to extend the suffering. As the condemned continually pulled themselves up to breathe and then released in exhaustion, their back would rub against the rough wood of the cross, tearing the skin off. Gravity was the real executioner: the body hanging was what killed the person. Exposure and dehydration would cause death if all else failed. As the hymn ‘There is a green hill far away’ expresses so eloquently:

We may not know, we cannot tell
What pains he had to bear;
But we believe it was for us
He hung and suffered there.
C F Alexander (1818-95)

Isaiah said: “The Lord has laid on him the iniquity of us all” (53:6). This literally took place on the day Jesus was crucified – sometime between noon and 3pm. There was an exact moment when he who knew no sin – never having sinned even once – became sin. It is what God intentionally did to his Son. God punished Jesus for what we did. The Lord laid upon him the iniquity of us all. Surprising as it may seem, this even took Jesus by surprise. It is when Jesus cried out: “My God, my God, why have you forsaken me?” (Matthew 27:46).

He knew undergoing crucifixion would be hard. He knew it would be painful. It is what he dreaded most when he was agonising in Gethsemane with those loud cries and tears. But I believe he was not expecting this: for his own Father to turn his back on him. He even addressed his Father as “God” – the only time we know of that he addressed him as God.

It was retributive punishment – God getting even. It was the most holy God venting his anger towards sin by putting our sin on Jesus and then punishing him for our sin.

You could say: “That’s not fair.” Agreed. It was not fair. Jesus did not deserve it. He is the only human being in history who never sinned. And what was the thanks he got for not sinning and perfectly doing his Father’s will and fulfilling the Law? Punishment. It wasn’t fair.

This explains Jesus’ pathos and bewilderment for being abandoned by the Father on the cross: “God made [Jesus] who had no sin to be sin for us, so that in [Jesus] we might become the righteousness of God” (2 Corinthians 5:21).

It was not fair. And yet it was nonetheless pure justice. It is why we have the Bible in a nutshell: “For God so loved the world that he gave his one and only Son, that whoever believes in him shall not perish but have eternal life” (John 3:16). It took two things to satisfy God’s justice: Jesus’ sinless life plus the shedding of his precious blood. The reason that God can be merciful and just at the same time is because Jesus satisfied the justice and wrath of God. His wrath was poured out on Jesus, so he can now be merciful to us.

At the end of the day perhaps no one should attempt to grasp fully how awful Jesus’ spiritual suffering actually was. Was it worse than his physical pain? Almost certainly. But we will never know until we get to heaven.

Why did Jesus die? To pay our debt to God – yours and mine. “It is finished” is the English translation of tetelestai (John 19:30), his words when he “gave up his spirit”. Tetelestai was also a colloquial expression in the ancient marketplace that meant ‘paid in full’.

Jesus said to Pilate: “My kingdom is not of this world” (John 18:36). It is so easy to forget this. The purpose of Jesus’ death was not to bring perfect conditions on earth – whether via politics or gifts of the Spirit; it was to make us fit for heaven. Never forget, too, that we get to heaven only through faith in Jesus’ blood. Not by our works. Only by what Jesus did for us on the cross.