Joseph of Arimathea: The Secret Disciple

Dig beneath the surface of the Easter story and you will find some intriguing characters, says Chris Goswami. But just because they’re not given centre stage doesn’t mean we should pass them by. If we do, we miss a great story and some powerful life lessons. 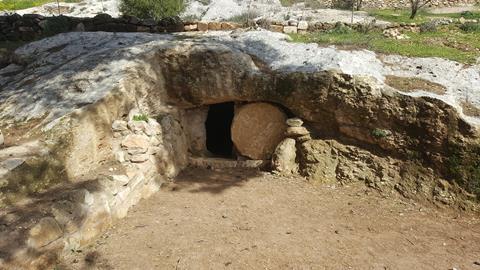 In the outer circle of Jesus’ followers, we see Mary of Magdela, who witnessed his crucifixion, Simon of Cyrene, who gets pulled out of the crowd to carry Jesus’ cross and Nicodemus, the secret disciple. Then there’s Joseph of Arimathea. He gets only a few lines, but he features in all four Gospels and has inspired many legends.

This outer circle is fascinating, not least because it’s where we might place ourselves had we been present in Jesus’ day. We might not have been bold enough to have given up everything and become actual disciples, but perhaps we would have followed at a distance, just like Joseph.

The most eye-popping legend, from medieval England, says that Joseph of Arimathea visited England with his nephew, the teenage Jesus. After Jesus’ death, he brought the Holy Grail – the cup Jesus drank from at the Last Supper – back to England.

The famous hymn ‘Jerusalem’, from the poem by William Blake, was inspired by the story:

“And did those feet in ancient time

And was the holy Lamb of God

Mercifully, William Blake includes a question mark at the end of each line. There is no evidence that the events in the hymn took place, but it’s a great story.

What Joseph did next

“Now there was a man named Joseph, a member of the Council, a good and upright man, who had not consented to their decision and action. He came from the Judean town of Arimathea, and he himself was waiting for the kingdom of God. Going to Pilate, he asked for Jesus’ body. Then he took it down, wrapped it in linen cloth and placed it in a tomb cut in the rock, one in which no one had yet been laid.” (Luke 23:50-54).

The other gospels provide further details. John says Joseph was a secret disciple “because he feared the Jewish leaders” (John 19:38) and that he worked with Nicodemus, Jesus’ second secret disciple, who only dared visit Jesus by night and was also a member of the ruling Council.

In his book, Joseph of Arimathea: The Extraordinary Calling of Ordinary People, Ken Costa draws insights from Joseph’s life.

Joseph, this secret disciple, ‘outs himself’ and argues against the council’s decision to condemn Jesus. He breaks rank and speaks up against the charges of blasphemy. The council overrule him but he and Nicodemus do the one thing they can: ensure a fitting burial for Christ, in Joseph’s own tomb.

“Was this a partnership of disappointed disciples?” asks Costa. “Perhaps the shame they both carried from their lack of open witness to Jesus?” We don’t know, but an emboldened Joseph approaches Pilate without regard to his reputation and requests the body. “How extraordinary that (he) would do this publicly after Jesus was dead. He had nothing to gain and so much to lose,” says Costa.

Laying aside our reputation and risking ridicule from work colleagues, friends or family is tough. Often, it is far more challenging than giving money away. Here are some questions to help you think about how to steward your reputation well:

If you are a leader in a secular organisation:

Why has God placed you in such a position? Are you willing to use your influence for good? What does that mean?

Would you break rank with your colleagues or friends to ‘speak truth to power’ at the risk of damaging your reputation? Would you speak up on issues of justice? Doing so may release others who also feel afraid to speak out.

Would you speak the uncomfortable truth in love to a family member, yet continue to show love through your actions, even when they don’t listen?

This Easter, as you read through scripture, look out for the minor characters - the footnoted people of the small-print - and see what life lessons you can gleam.