From witchcraft to Orthodoxy

The writer and environmentalist Paul Kingsnorth was attracted to nature religions, but says Jesus ‘dragged’ him out of Wicca and towards him 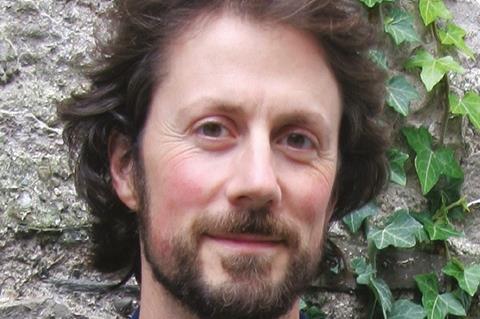 I look back on my whole life as a kind of fumbling spiritual quest. I grew up in the 1970s and my parents weren’t religious at all, but my school assemblies were, and so I memorised the Lord’s Prayer. I was in the nativity play each year and knew the gospel stories, although I wasn’t very enthusiastic about them.

There was just this sense of slight irrelevance about it all. I’ve always felt that the English are not particularly ‘anti-religious’, they’re just ‘not religious’ in a polite, quiet fashion.

If you wanted to be a teenage rebel, the thing to do was be an atheist. You imagined that you were sticking it to the man and rebelling against the adults (even though none of the adults in my life were interested in Christianity at all).

For a couple of years, I was trying to be a teenage Richard Dawkins, but it was never very convincing; at the same time as mocking religion, I was a real lover of fantasy literature and a great believer in ghosts and the supernatural. I was never one of these people who thought the world was dis-enchanted. I always knew it was enchanted, but I didn’t know what to do with that.

You grow up with these assumptions about how Christianity just wants to control you, but the freeing nature of faith has been quite astonishing

I used to go on a lot of walks with my dad when I was young. We’d spend weeks walking and camping in wild places. I think he accidentally made me a pantheist. When you see society systematically destroying creation in order to make money, it makes you an activist. I had a sense that something very sacrilegious was happening to the living world.

In my 30s, I thought: I need to find out what the truth is, and I spent six years practising Buddhism. It’s a valuable tradition which teaches you a lot about the self. But I realised towards the end of that period that I wanted to worship.

I was looking for God, and you don’t get that in Buddhism. Because I was a lover of nature, I thought: I’ll find a nature religion. I looked into Druidry and ended up practising Wicca in a local coven of witches.

Wicca is a slightly made-up religion, along with a lot of other new age-ish things. Wiccans would get very cross if you called them new age but, basically, they are. It’s a mash-up of all sorts of different things – made-up notions of rediscovered ancient goddess worship, lots of mystical Kabbalah and a bit of Buddhism.

You mix it all together and the whole thing is an excuse to worship in the woods. On one level, it was quite satisfying because it met my need to find a name for the divine.

Looking back, I see Wicca – and a lot of new age stuff – as a Christian heresy. There’s a lot of playing around with bread and wine and altars. They’re satirising Christianity.

A lot of these new age religions have broadly Christian values behind them, but they don’t want to deal with Christ, monotheism or the Church, because a lot of it is a rebellion against institutions. They don’t like priests or books with rules in them.

Dragged out of the occult

I was looking for God, and I started having very strange experiences that are difficult to describe. I was having dreams and meeting Christians every five minutes. I used to run a writing school and, suddenly, I had vicars asking me to read their sermons and give them feedback. People I’d known for years suddenly told me they were Christians, and I hadn’t known. I felt like I was being hunted.

I thought: I’m being hunted by Jesus, I can’t deal with this! This was not the plan. But it was happening! If I’d listened to this sort of thing five years ago, I’d have thought it sounded absurd.

I felt like I was physically dragged out of Wicca, like I was being told: “You’ve got to get out of here because this is not good stuff you’re doing.” There’s all sorts of strange forces at work that people are not necessarily aware of. I really felt like I had been looking for God, and Christ came to find me.

One of the reasons I thought that this was true – apart from the fact that the experiences wouldn’t stop – was that I didn’t want it to be true. I’d gone looking for Buddhism and Wicca because I thought they fitted with how I saw the world. I didn’t want to be Christian.

I didn’t calculate my way into Christianity. I didn’t think: Well, this is a religion that makes sense according to X, Y and Z of my criteria, so I’ll go there. I felt like I was pulled into it.

I’d effectively said: “OK, I think there’s a God and I want to know the truth, please show me what is going on.” That was a kind of prayer that I put out to the world, and this is what came at me, so that’s why I believe it and I’ve chosen to take it seriously.

My wife comes from a Sikh background. She’s much more spiritually intelligent than me and is very good at quietly prophesying things. One day we were out for dinner, a couple of years before any of this happened, and she suddenly said – out of nowhere: “You’re going to become a Christian.” We weren’t even talking about religion.

I said: “What are you talking about?” And she said: “I don’t know, I just knew I had to say it.” And she was right, as she usually is. And a lot of things like that happened, a lot of very strange, prophetic things that you don’t believe until they happen to you.

I was praying a lot, and I just said: “Look, please send me a priest. Please send me to a church, show me where to go.” Soon afterwards, the first Orthodox monastery in Ireland opened near me.

I plucked up the courage to ask if I could go along to a liturgy, which is partly Romanian, partly English and a little bit of Irish. I went along and I was just swept up by it, even though I didn’t understand most of the language. It was an astonishing experience.

No one was evangelising me, but there was something about it that I couldn’t keep away from. In Orthodoxy, the emphasis on God being both transcendent and immanent – everywhere present and filling all things – satisfied the need I had for a God that was in creation, as well as beyond it.

In Orthodoxy I found that there was no contradiction between experiencing God in nature – which I’d been doing for years – and the teachings of the Church. That was a revelation to me.

The freeing nature of faith has been quite astonishing. You grow up with these unquestioned assumptions about how Christianity just wants to take stuff away from you and somehow control you, but it isn’t that. It’s a way of making you fully human.

I’ve only been baptised for a year, so I’m still very excitable and hungry, but it’s astonishing that when you put yourself into that place of surrendering your will to God, it’s an enormously rich thing; it’s very fulfilling.

When you join the Orthodox Church, a lot of people say: “Welcome home!” – which is a really wonderful thing to hear. And it’s a strange thing to hear if you’re English and joining the Romanian Orthodox Church because, in a fundamental way, it’s not your home at all, culturally, but actually, in a deeper way, it really is.

I love to read theology and I want to find out as much as I can about the traditions of the Church, but that’s not what deepens the faith. What deepens it is practising it – it’s very much a lifestyle. My regret is that this didn’t happen to me 30 years ago, but it’s better late than never.

There’s a reason why I found myself in the oldest, most traditional and most ceremonial version of Christianity. Something’s missing in Western Christianity. We’ve made some accommodation with modernity, with this dry rationalism, scientism and with the notions of growth and progress which are actually destroying the world.

I mean, they’re literally pulling our culture apart and changing the climate; the whole of the modern project is in crisis. And there’s a way in which I think Christianity is a deep challenge to that.

I wanted to go to a church that had the deep root of their teachings intact, rather than asking itself how it can get into the modern world and talk to people – which it has been trying to do since the 1960s, with largely catastrophic results.

I think the Church should be saying: “What’s the truth of this? What’s the deep root of the radical Christian story? I’m just going to tell that story and I’m going to tell it in an uncompromising way.” I think that will draw people in.