'A simple invitation to a brilliant Christian camp changed my life'

A simple invitation radically altered the course of Tony Uddin’s life. In sharing his testimony, the now church leader says people in our congregations need to be given invitations to step into their calling, regardless of class, background, or race 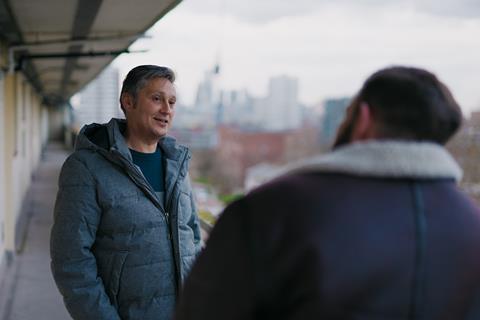 I was raised on a fairly rough council estate in south London.

My dad was a Bangladeshi Muslim and for most of her life my mum didn’t really have a meaningful faith of any kind. Very occasionally my three brothers and I would go with dad to the mosque, but mainly my parents left us to work out our faith for ourselves.

One day, an invitation was extended to my family through my brother. He was invited to a Crusaders boys’ Bible study and years later at six or seven I started going along with him. That one unusual invite to a young boy with a Muslim parent to come to a Christian Bible study led to him, and others in the family including me, coming to faith. This small invitation became a defining moment in my life and has subsequently shaped my ministry in Tower Hamlets.

From that invitation, my brother and then the rest of us started going to more Crusaders events and then to yearly Crusader camps. These events were like holidays to us, it was the only time we’d go out of London at all in the year and we were never excluded if we didn’t have the money to go. While we would be told Bible stories, we would also play sports and visit other places. They gave us opportunities that we ordinarily wouldn’t have access to.

We had a lot of fun on these camps, but they didn’t hide the gospel or water it down. It was always clear and was communicated in a way we could understand, without jargon or vagueness.

It wasn’t until I was 10 that I made the personal choice to follow Jesus. I had been attending Crusaders weekly for years, but that year, a missionary from London City Mission called Bill Dean spoke, and the implications of the gospel clicked for me for the first time. Now, years later I pastor a church myself.

Having the consistent support of a community after I responded to the gospel helped me grasp how it would shape my life. I saw what Christian service looked like, I witnessed Christian values first hand. The leaders were really important to my growth and were always reliable. Martin, my youth leader, was such a positive influence although he had such a different background from me. We came from different worlds; he was from a middle-class family and attended private school, yet he was committed to youth work in our community.

Having these role models gave me a window into a new world and helped to change me. Notably with my education, I was able to see what was possible and be encouraged by my peers and leaders. It broadened my horizons and allowed me to have greater aspirations.

There was this expectation from leaders that I would go on to lead. They saw a ‘calling’ in me and didn’t disregard or underestimate me because of my background. My ministry at Tower Hamlets Community Church (THCC) has been shaped by the impact an invitation had on my life. I never had to change who I was. I want to lead a church that is being shaped by and shaping the community in the East End where we are placed. Too often, churches simply don’t do well at raising leaders from working class backgrounds. For us at THCC its really important that the kind of leaders that we raise are grounded in and shaped by our local community.

It’s amazing to see churches across the UK want to be more invitational and welcoming. But we have to remember that for a true invitation to be meaningful to our communities, we cannot then exclude them from certain positions or opportunities because of our bias. The Church doesn’t always notice, but those being invited and then excluded definitely do. Our invitation doesn’t stop once they’re through the door or regularly attending. We need to ask ourselves: “if people from our communities come into our church, will they see people like them in visible, vocal at the front positions?” They need to be given an opportunity to lead, to step into their calling regardless of class, background, or race.

When I was a teenager a church plant moved to our estate but although they were lovely people, they weren’t interested in truly engaging and learning from the local community. They wanted to grow a church and assumed that what had worked in leafy Surrey would work on our urban estate. There wasn’t really a sense that they came as learners, more as saviours. Sadly, the Church ended up very short lived.

Our churches and leaders must look more like the communities we’re based in. That’s how we take the shape of our communities. Very often, it’s too easy to mistake a middle-class civility for Christian maturity and therefore anyone who lacks the middle-class upbringing is disqualified. To reach new people and reach into marginalised communities, we need to embrace the DNA of our communities.

I’m so glad that those who invited me understood the importance of reaching families like mine; they didn’t always understand our culture or ‘get’ what our lives were like, but they did embrace us, include us, and ultimately trained and supported us to step into our calling. Most importantly, they didn’t dumb down the Gospel for us.

Let’s lean into intentionally reaching the communities around us. A good challenge for us on a Sunday is to look around our church and rather than celebrate who is in the room, think about which parts of our community are not there? Let’s ask ourselves why they are not there and what can we do to change that?