Drinking to cover up my pain would have killed me if I hadn’t found Jesus, says Emma Heath 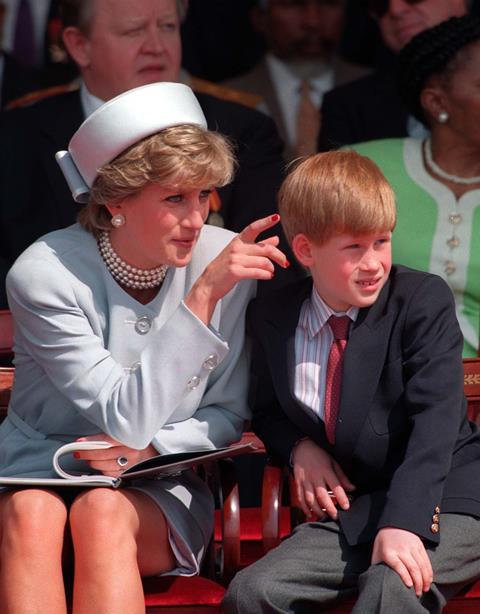 In the first episode of Prince Harry’s new documentary series, The Me You Can’t See, which aired on Apple TV last night, the prince bravely explained how he turned to drink and drugs “to feel less like I was feeling” in the aftermath of losing his mother, Diana.

In his courageous explanation of how he tried to numb his pain, Prince Harry is no different to many of us. Destructive coping mechanisms – which can all too often lead to addiction – do not discriminate according to upbringing, race, gender or class. But when people turn to substances - such as alcohol or drugs - or other things - such as food, gambling, self-harm or even shopping - to numb their feelings, it rarely ends well. Using unhealthy habits to ‘cope’ with underlying traumas often only delays and worsens the inevitable pain.

At eleven years old, I was already using unhealthy coping mechanisms to deal with my own pain. I had no father figure in my life, was abused, bullied at school and hated myself. I turned to alcohol in an attempt to blot out the pain that riddled me. I became anorexic.

There are so many horrific stories of where addiction took me, from being held hostage in a foreign country to facing prosecution for drunk-driving. At my worst, I was drinking two litres of vodka a day. Like Prince Harry, I knew I was self-medicating to numb my pain, but I did not have the resources to deal with what I was feeling. There were many times when I wanted to give up; I didn’t want to live anymore.

But fourteen years ago, my journey took a miraculous turn. Through reconnecting with my faith, and the support and encouragement of friends and family, I have been able to find freedom from addiction and healing from my pain.

In his explanation of how he tried to numb his pain, Prince Harry is no different to many of us

Being brought up in a Christian home, I had always felt a failure for turning my back on God and reaching to other things to satisfy the void I felt inside. I’d have run a mile if I had known what I would be doing now when I first stood on the steps of the Clouds House rehab centre in Wiltshire, where I started my recovery journey. I would never have believed that life could be so amazing, and that I could feel so free. God did immeasurably more in me than I could ever have asked for or imagined, as it says in Ephesians 3:20.

I have enormous compassion for those, like Prince Harry, who are in the public eye and struggling with mental health issues, pain, bereavement or loss. They suffer and struggle - just like everyone else - yet often cannot hide away from the world. That’s why it’s so important that people like Prince Harry speak out about topics such as addiction and mental health - it helps to break the fear and stigma, meaning more people can open up about their struggles and get the help they deserve. Its why, when I was asked to appear in a film for Action on Addiction, of which the Duchess of Cambridge is patron, I willingly agreed.

It amazes me that life was once so dark and hopeless and now, because of what God has done - and is still doing - it’s a life beyond my wildest dreams. Through God, I see how my battles have become blessings, helping people as I journey forwards.

Dealing with pain properly, rather than turning to substances, unhealthy habits or coping strategies is not for the faint hearted. Recovery – and developing new, healthy ways to deal with pain, as well as dealing with the root causes of trauma - takes commitment and dedication. Yet it is so worth it. The more effort you put in, the more you see the changes in yourself. I’ve stopped blaming the world and my past, and instead, through Christ, have learnt to forgive myself and others. The world is a mess and it’s so easy to blame everyone and everything for bad behaviour, yet having faith has helped me to do what I couldn’t do for myself. Change is possible.

There are so many horrific stories of where addiction took me

Today, I’m able to give back and help others. I help run Christian recovery courses and have just set up a charity to equip churches to help tackle the growing issue of addiction from a Christian perspective (www.starrecovery.org).

The hole in my soul is now filled with the hope of Jesus, and I am excited to see how, together, the Church can change a culture of addiction by putting Christ at the centre.