This film claims the word ‘homosexuals’ shouldn’t be in our Bibles. Did translators get it wrong?

Most churches in the world today preach that homosexuality is a sin, citing biblical references to support their case. But what if the word “homosexual” was added to the Bible by mistake? That’s the claim of a new documentary film, 1946. Premier Christianity’s resident Bible scholar, David Instone Brewer, went to see it 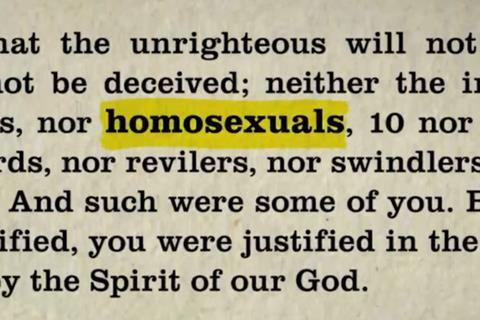 A new feature length film investigates the use of the word “homosexual” in our Bible, pointing out that this particular word wasn’t in any translation until it appeared in the Revised Standard Version of the New Testament in 1946.

The filmmakers argue that this translation is wrong; however, its attempts to explain what the underlying Greek words do mean are disappointing.

The disputed translation concerns two words Paul uses for homosexuality. The first is arseno-koites. This word merges the words for “male” and “lying”. Paul includes this word in two lists of sins (1 Corinthians 6:9; 1 Timothy 1:10), and doesn’t explain what this new word means (a word-by-word translation is “man bed”).

The film suggests that because sexual exploitation of boys was commonplace during New Testament times, this must be what arsenokoites means. And it points out that the second word, malakos (1 Corinthians 6:9) has a vague range of meanings, from being a penetrated homosexual partner to being lazy and ‘soft’.

When an audience member queries whether arsenokoites could refer to other forms of homosexual behaviour in Rome, such as the famous affairs by various emperors, this is waved aside with the answer that it “always” refers to exploitative behaviour. But this conclusion is based solely on the way it is used in a list of sins found in a single document written after the New Testament.

The frustration expressed in the film is understandable. I witnessed it an academic Bible conference when I went to a side meeting held to discuss the translation of these words. Those who were there angrily denounced the translation of arsenokoites as “homosexual”, especially in the widely-read NIV. They were hurting, because they felt the Bible had been employed to criticise them personally.

One person accused the NIV Translation Committee of being cowardly as well as ignorant, because no one from the committee was there. I timidly put up my hand and admitted I was on the committee. The room went silent and cold faces turned to see what the enemy looked like. I asked: “How should it be translated?” The chair harrumphed and said: “It shouldn’t be. You should just transliterate it, because no one knows what it means.”

It’s a wonderful documentary – not in its attempts to explain the Greek words, but in opening a window on the world of gay believers

Actually, we do now know enough about what it means to translate it, but of course that doesn’t mean we know exactly how to interpret it. Scholars now generally agree that arsenokoites originated by combining the words arsen and koites, which occur in this order in the ancient Greek translation of Leviticus 20:13: “If a man with a male lies…” So it certainly refers to homosexuality in some sense. However, there’s still some debate about what that sense is.

It’s true that the word malakos can have a wide range of meanings. But so can ‘gay’ – which can still mean ‘colourful’ or ‘joyful’; and ‘queer’ – which can mean ‘strange’ or ‘comical’, except when the context refers to sexuality. This kind of variety in meanings is the way language works.

The word “homosexual” can indicate a wide range of relationships. It can refer to an inclination that an individual may dislike, resist, and never act on; or it can refer to a faithful lifelong partnership which may or may not include sex. It can equally refer to a promiscuous lifestyle, or to absolute hedonism by sexually jaded heterosexuals looking for new experiences.

That hedonistic extreme was ubiquitous in Roman society – along with all other varieties of homosexual behaviour. Brothels had boys and girls as well as women, and almost-naked boys were popular as waiters at Roman all-male banquets. However, Caesar Caligula did shock a gathering (which may have included his wife) by dressing as a bride for a sham wedding to a male slave. Sex with a male slave was considered normal, but his guests were aghast at the implication that Caligula would be the penetrated partner. 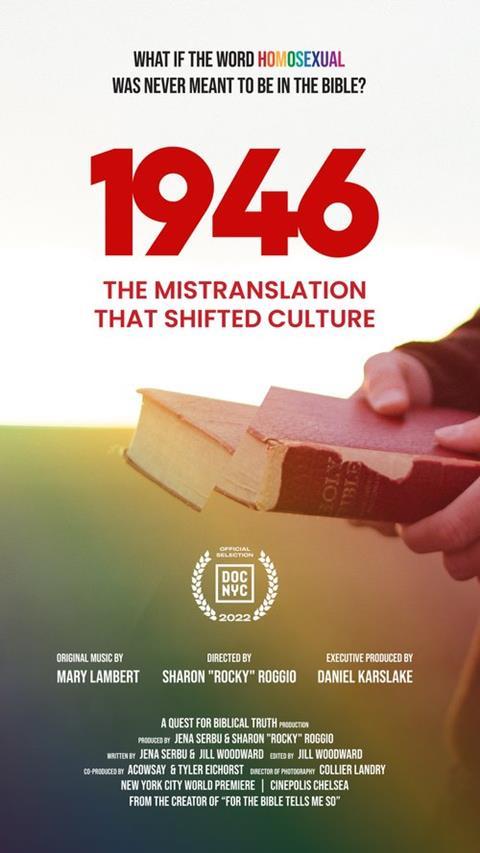 The film unearths records showing that the RSV committee did consider (rather too late) translating arsenokoites as “homosexual vices” or “sexual perversions”. This would, perhaps, exclude non-sexually active homosexuals in the minds of some readers, but it would still label any sexual practices – from kissing to penetration – as “vices” and “perversions”. Many would agree with this translation, but it too, is just an interpretation. Like other difficult concepts, such as “tattoo”, “slaves” or “wives obey”, translators have to translate while commentators interpret.

It’s a wonderful documentary – not in its attempts to explain the Greek words, but in opening a window on the world of gay believers. They describe their sad experiences of the church with heartbreaking courage and honesty.

It is a modern equivalent of the letters of Alex in the book The Returns of Love by Alex Davidson (IVP, 1970) that John Stott recommended so warmly as an insight into the pain of so many people.

These stories provide the authenticity that brings this film to life. Sharon describes how she gradually came to understand that God didn’t hate the person she was born as, though her father still wants her to submit to his conversion therapy ministry. It also features Ed, who thought he couldn’t be gay because gays hate Jesus – and he loved Jesus. Eventually, he did acknowledge that he was homosexual and was devastated to find this word in his Bible. When he came across the verse: “In your struggle against sin, you have not yet resisted to the point of shedding your blood” (Hebrews 12:4) he was ready to kill himself if God wanted this.

These sympathetic insights into the lives of a hurting minority is a must-watch for anyone who is still wondering if God loves us all, however we are born.