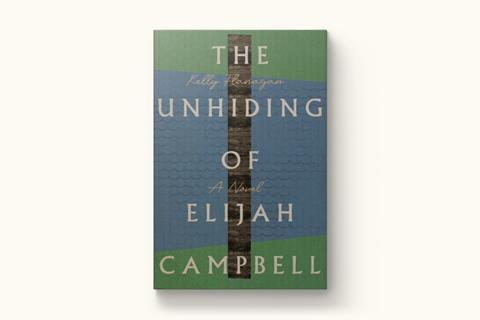 When a book is described as anything “…meets The Shack”, the bar is immediately set high.

In Kelly Flanagan’s debut novel, Elijah Campbell is a successful author who is happily married to Rebecca. But when his wife leaves him, and with unmet deadlines and debts looming, the cracks begin to appear in Elijah’s life. He is forced take a hard look at his inability to be honest and vulnerable with those closest to him.

Like William P Young’s The Shack, religion is woven into the fabric of the book in an authentic and non-preachy way, through characters who have an everyday faith and those who are explicitly Christian, such as the local priest.

And like The Shack, this story plays with wide and liberal interpretations of some doctrines. At one point a local priest suggests to Elijah that he deal with past trauma by using his imagination to re-enact significant conversations with people from his past, some of whom are dead.

Is this a helpful piece of advice similar to the ancient practice of Lectio Divina, where the imagination is employed in the interpretation of scripture, or something more sinister? As with The Shack, opinions will be divided.

Like the titular character, the author is a psychologist and writer of self-help books. Whether this novel has any traces of memoir is left unsaid but Flanagan’s professional experience undoubtedly brings a level of truthfulness to the storytelling.

The narrative arc is clear, the pace good and the characters relatable. While the ending is a little twee, the overall message, of a God of grace and the need for all of us to live in honest vulnerability with him and with each other, is poignant and sorely needed in today’s success-driven world.