The Kardashians: The Christian faith of the world’s most famous family

As a new series of The Kardashians begins, Megan Cornwell wonders what Jesus would say to Kim, Khloé, Kris and co 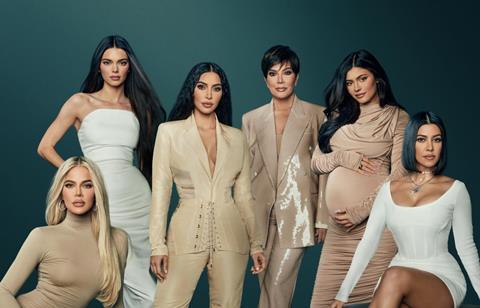 “Let us be covered in the blood of Jesus” are words you might hear declared during a Pentecostal church service or shouted zealously through a megaphone on Oxford Street. It’s not a phrase you would expect one of the world’s most famous women to pray on a popular Reality TV show. But in the new fly-on-the-wall series that follows around the Kardashian-Jenner family, this is precisely what Khloé (sister number three) prays over her sibling Kim as she prepares to host the iconic US show, Saturday Night Live.

In episode three, Kim Kardashian-West, a modern-day Helen of Troy, whose face could launch a thousand tweets, joins hands with her family and entourage as Khloé prays: “Dear heavenly father, thank you so much for this day. Thank you for bringing us together. May we always be united and never divided, may we always try to do the right thing and leave people a little better than how we met them. Lord, please give Kimberly all the strength, all the confidence she needs tonight. Please give us all the love and grace and let us be covered in the blood of Jesus.”

In the new series of The Kardashians, we see glimpses of the Christian faith of the world’s most famous family. Whether it’s prayers before big events or discussions about raising children in the church, it’s clear that God plays a significant role in the billionaires’ lives.

It’s extraordinary that a reality TV show, the inaugural episode of which was the most watched of any to date on Disney+, incorporates intimate moments such as prayer. One can only presume that including these scenes was a conscious decision by the Kardashian-Jenner clan, who are notoriously adept at cultivating the perfect image.

God plays a significant role in the billionaires’ lives

The family has, in the past, been open about the importance of their faith. Matriarch Kris Jenner’s Twitter bio describes her as a “lover of Christ”, while Kendall Jenner and Kourtney Kardashian have been photographed while arriving at Hillsong church in LA. Kim Kardashian-West was baptised along with several of her children in an Orthodox ceremony in Armenia, her ancestral homeland, in 2020, and her former husband, Kanye West, publicly announced his conversion to Christianity the year before. The rapper even started his own ‘Sunday Service’ and released a Gospel album entitled Jesus is King.

It’s wonderful to see our faith, which is so often maligned in culture and in the press, treated as a perfectly normal part of life in The Kardashians. The fact that it’s a religion adhered to by some of the most influential women in the world can be no bad thing for the Church’s PR; many of the Kardashian-Jenners have upwards of 30 million followers on Twitter alone. The references to Jesus and the church might even be enough to pique the curiosity of non-believing viewers and encourage them to explore faith for themselves. But while I applaud the courage to witness to the world in this way, the lavish lifestyle of the Kardashian-Jenners leaves me with more than a few questions…

Jesus once said that it’s easier for a camel to pass through the eye of a needle than a rich man to enter the kingdom of God. In fact, the young rich man went away sad from his encounter with Jesus because he was asked to do something he found impossible: sell your possessions and give to the poor (Matthew 19:21).

We don’t know exactly how this unbelievably wealthy family spend their earnings. But there is no indication that the Kardashian-Jenners have sold their possessions and given the proceeds to the poor. Kris, Kourtney, Kim, Khloé, Kendall and Kylie live in palatial comfort in the wealthiest districts of California and are dripping in hundreds of thousands of dollars’ worth of jewellery and designer brands. Their new TV show is a spectacle of ostentation and luxury.

If becoming a Christian involves sacrifice, then for onlookers, it’s not immediately obvious what “take up your cross and follow me” means for the Kardashian-Jenner dynasty. They appear to have it all.

Is this simply a family that happens to be materially blessed beyond most people’s comprehension, living a lifestyle normal to them and being admirably open about their faith along the way? Or is this merely cultural Christianity where faith is purely an appendage, much like the latest accessory, offering a feel-good health and wealth message? Put another way: is this the good news of the gospel, available for both rich and poor, or in the words of Dietrich Bonhoeffer, cheap grace?

As new episodes of The Kardashians become available on Disney+ each week it will be interesting to see whether the faith of the family is explored in more detail and whether we discover the answers to some of those questions. In the meantime, I remember something Kris Jenner once said when asked about fitting the mould of a typical Christian. “Even a family as crazy as ours can have a great relationship with God and live our lives really full, really blessed”, she said. If Jenner has made her peace with that tension, then perhaps so should we.