The Crown is full of deceptive sensationalism. Truth matters to God, it should matter to us too

As season 5 of Netflix’s The Crown kicks off, Mark Greene reminds us that God places a high value on the truth. Artistic licence is no excuse to erode it 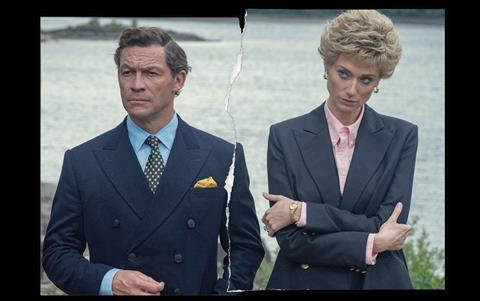 Question: Where’s the best place to hide a lie?

Answer: In plain sight, among a basketful of truths.

The new season of The Crown kicks off with a whopper.

To suggest that Charles would encourage the then-Queen to abdicate is a slur on his character, his understanding of the monarchy as an institution, his loyalty as a subject, and his love for his mother. But worse than that, there is not a shred of evidence that this treasonous action took place. John Major called it “malicious fiction and a barrel-load of nonsense”.

Of course, truth matters to God. Really matters. It shouldn’t need to be said. But in a world where we’re all too used to Trump spewing lies, Putin exploiting language to manipulate his people, and a former UK prime minister seeming to believe you can make a lie true by saying it with enough bluster, perhaps we all need reminding that a culture of deception is not one we want to get comfortable with. As George Orwell put it: “During times of universal deceit, telling the truth becomes a revolutionary act.”

Truth matters not just because God is truth, or because the devil is the father of lies. No, truth also matters to the God of love because it is an essential ingredient for our wellbeing. Without truth, human society corrodes. Without a high respect for truth-telling there is no justice and no trust. Without trust, relationships, families, communities, clubs, societies, companies and economies crumble. If investors don’t trust the numbers, they don’t invest. And if there is no investment, jobs disappear.

The interesting thing in the curious case of The Crown is that there was absolutely no need to create such a lie – there is already so much dramatic material to draw on about the Royal Family in the 90s. Why bother? What gain is there? Except, perhaps, for a writer who anticipates Charles’ coronation and sees an opportunity to undermine the monarchy. Perhaps to poison people’s appreciation of the new king’s gifts, his contributions to young people, environmental conservation, healthy housing and healthy food.

I knew about the Big Abdication Lie before I watched Episode 1. Perhaps that might have been considered enough deception. But the script also asserts that Charles’ decision to engineer an early abdication was triggered by a 1991 Sunday Times poll which reported that half the country thought the then-Queen should abdicate, presumably soon, since she was remote and out of touch.

The Crown has chosen deceptive sensationalism over insight

I believed it – but there was no such poll. In complete contrast, a real Sunday Times poll from 1990 posted highly favourable ratings for both Charles and his mother. It did report that 47 per cent of people felt that Queen Elizabeth II should abdicate “at some stage” – which is an altogether different story. Yet half the action in the first episode turned on that single lie.

Netflix defends this under the general rubric of artistic license – everyone knows it’s just entertainment. But this defence is thinner than the Emperor’s new clothes. After all, The Crown’s appeal is that it promises us insights into the lives of some very significant public figures. Viewers do not tune in believing that it is a fictional account of an imaginary royal family. So, yes, it’s fine to show the Queen praying and then looking at a portrait of Queen Victoria as a way of indicating two of her major sources of strength. It may never have happened, but it is true that her faith and the tradition of self-sacrificial service that marked our best monarchs were an inspiration to Elizabeth II. However, it is quite another thing to invent a series of lies and events in a context where they will be internalised, and in many cases believed, by millions across the UK and beyond.

The Crown proves the adage that the best place to hide a big lie is in among a load of truths. Charles drives an Aston Martin, wears lots of double-breasted suits, went to Gordonstoun, was in love with Camilla, and so on. Oh, and he plotted to remove his mother from the throne. Just another point in the story. Except, of course, it’s false.

But what chance does the average viewer have of discerning that in the moment? The series presents both lies and truths with an outstanding level of craft that lends the whole production an air of authority. The Crown could have helped us understand our history and our royal family better, but it has chosen deceptive sensationalism over insight. We tune in hoping to be informed, but we are misinformed – brilliantly, expensively and compellingly.

Of course, The Crown is not the only programme that has dressed up fabrications as truth. Nor is Charles’ fictional plot the only important issue that the series raises. In relation to his historic adultery with Camilla, he may well have sought the forgiveness of Christ and worked through the many issues that contributed to it. But the programmes will almost certainly rekindle some of the anger that so many felt towards him at that time.

Still, as the followers of the Jesus it is not ours to keep records of wrongs or allow old wounds to fester. Instead, we must pray that he serves as King, as well as head of the Church and defender of the faith, well. That he continues to use his voice for the benefit of the young, the marginalised, and the many in our nation, the Commonwealth and across the world who are deeply affected by climate policy.

In a culture of deceit, it is ours to ponder and apply the words of Psalm 15:1-3:

‘Lord, who may dwell in your sacred tent?

Who may dwell on your holy mountain? The one whose walk is blameless,

Who does what is righteous,

Who speaks truth from their heart,

Whose tongue utters no slander,

who does not wrong to a neighbour,

And casts no slur on others;’

Mark GreeneMark Greene is Mission Champion at the London Institute for Contemporary Christianity (LICC) His latest book is A Life of Grace: a tribute to Queen Elizabeth II