Testament is a promising British retelling of the parables. It’s just a shame the message gets muddled

Paul Syrstad has set his biblical epic in the modern day. The premise is promising, but the delivery isn’t fully coherent, says our reviewer 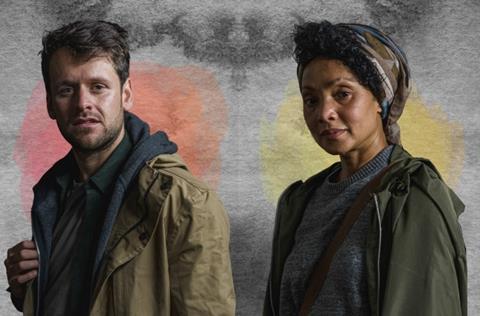 “Necessity is the mother of invention.” The old maxim often applied to engineering can equally be applied to the art of directing a film. For instance, when Monty Python didn’t have the budget for horses, they used coconut shells. Similarly, the iconic scene in which Indiana Jones shoots an intimidating swordsman only happened because everyone was too sick to film an extravagant fight scene. When facing constraints with your idea for a film, you have to get creative.

It’s easy to sense the spirit of necessity-induced invention in Testament, a new Christian film featuring fresh takes on the parables of Jesus and the story of Acts.

Making a big biblical epic in a proper period setting is expensive, requiring costumes and settings that won’t immediately scream “fake” to the audience. What’s the solution when you don’t have a budget similar to The Chosen? For writer-director Paul Syrstad, the answer is to set your biblical epic in the modern day.

In Testament, the early church are a small group of persecuted religious rebels in an unnamed 21st Century English-speaking country, and the Temple Guard are a fascistic police force chasing them down. Testament follows Luke as he meets the apostles (near-mythical figures with pseudonyms such as “The Fisherman”) and hears the parables of Jesus for the first time.

At first glance, this sounds like an interesting concept, but the actual execution is a little more muddled than the promising premise suggests. Part of the problem is how it was made; director Syrstad created a series of short films depicting the parables of Jesus first, then after they proved popular among Christian viewers he created Testament as a framework for bringing all the shorts together. The result is a tonally inconsistent, occasionally inspired mishmash of shorts loosely strung into one never fully coherent feature film.

This is a sharply executed work, of a similar production quality to a BBC drama

The framing story, of Luke avoiding the authorities while meeting heroic figures such as Mary Magdalene and John Mark, would have worked best without the intervening parables. But it’s nice to see that the filmmakers care about cinematography, score and editing. This is a sharply executed work, of a similar production quality to a BBC drama. Its screenplay could do with some tightening, and the parables make it slow down to a halt, but whenever there’s a chance to examine the world of these persecuted followers of the Way, we get hints at what could have been a much richer film.

The parables themselves are where it becomes even more inconsistent. The most successful of the five adaptations is the retelling of the Good Samaritan. In Testament, the age-old story is reimagined as a black man showing care and compassion towards a neo-Nazi. Such a stark interpretation of the story really clarifies what Jesus meant when he told his followers to “love your enemies”. Elsewhere, the parable of the field with hidden treasure takes an overly literal approach to the story, but ends up being rather moving and again confronts the viewer with the heart of the parable: would you give up everything for the kingdom?

Sadly, the other short films aren’t quite as effective. The parable of the rich fool makes a caricature out of a woman who becomes wealthy overnight. Such over-the-top cruelty (and such a silly comeuppance) detracts from the power of the message, as it becomes too easy for the audience to remove themselves from who the story is aimed at: us. The parable of the talents opens with one of the best shots in the film, but ultimately muddles the message a bit; I’m not sure Jesus was talking about being a mediocre pianist. The worst is the parable of the sower, the first of the bunch, as it features some hammy villainous acting and feeds into the persecution complex that plagues a lot of Western Christianity. 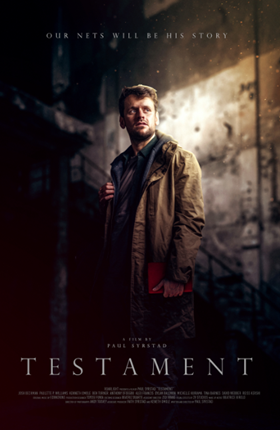 The core problem of these shorts is that they take incredibly short, sharp stories with a clear message and convolute them into something more bloated and confusing. Jesus had a wonderful economy in his storytelling that doesn’t translate to these shorts. In the end, they feel like home-made preaching aids created at churches with a large media budget.

Syrstad should be commended for bringing something fresh to the table, with strong cinematography and a few neat ideas to make Testament a more interesting prospect than many films intended for Christian audiences. I’d like to see what he can do when directing just one story, with a bit more focus. One or two of the parables - which will be released onto YouTube separately - could work as sermon illustrations or to prompt small group discussions. The retelling of The Good Samaritan short will, at the very least, get people talking. But sadly the film as a whole is too long and too patchy to be a fully satisfying experience.

Testament is out now. For more information or to host a screening visit testamentfilm.com